A Critique of Prison Overpopulation, a menacing flaw in American culture 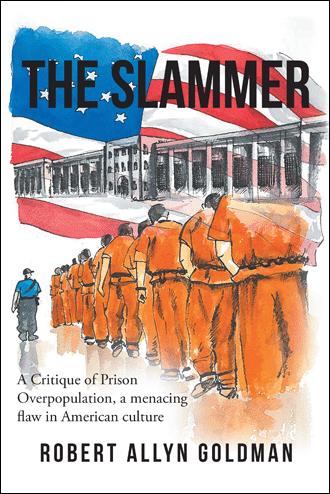 “But the reality of Andersonville lacked nothing in drama, in fiction and nonfiction, even as part of America’s greatest war, racial strife, and societal changes…had a population of as many as 33,006 prisoners and became the largest prison up to its time and for generations to come. Statistically, it would have been the fifth-largest city in the confederacy. Of the roughly 800,000 Americans held in prison camps in all the nation’s wars, some 40,000 were inmates of this camp.
Andersonville also became the first great example of bureaucratic collapse due to an administration that was unable to manage forces that, uncontrolled, create such horrors…mismanagement of transportation and resources proved fatal for thousands of men.”
“…If we become serious about dismantling the system of mass incarceration, we must end the War on Drugs. There is no way around it…So long as people of color in ghetto communities are being rounded up the thousands for drug offenses, carted off to prisons, and then released into a permanent undercaste, mass incarceration as a system of control will continue to function well”.
“THERE IS A SECTION OF THE WESTERN ATLANTIC, OFF THE southeast coast of the United States, forming what has been termed a triangle, extending from Bermuda in the north to southern Florida, and then east to a point through the Bahamas past Puerto Rico to about 40° west longitude and then back again to Bermuda…This is usually referred to as the Bermuda Triangle, where more than 100 planes and ships have literally vanished into thin air, most of them since 1945, and where more than 1,000 lives have been lost…Disappearances continue to occur with apparently increasing frequency…”

Since the American state prison system made its mark after the Civil War, it has grown to an extent that it is a Bermuda Triangle. It is a giant assortment of thousands of gangs where prisoners are lost, forms wandering like apparitions flitting through the air. Their real personas are gone, no longer the same. They are swallowed up by a massive system where their vitality is adrift like it was sucked out by one huge inhalation. The mass incarceration to which so many address their rightful concerns is “The Bermuda Triangle”, the landfill of the country’s lost souls.
Many will say that at least they’re in American prisons and not somewhere across Europe, the Middle East, Africa, Russia, the Pan-Pacific Countries or the nightmare confinements of Cuba, Central America, South America or Mexico. The shelf life of a human being in those areas of the world can be likened to a bovine slaughterhouse. And that statement is true to an extent. The fact is that this country prides itself on the most advanced way of life. Comparatively speaking, there may be an enhanced sense of “civilized”, and, we know better because we are more discerning in the United States (so we are told)!
The truth is that we have been swallowed by large government which is trying overly secularize religious traditions because, if it were possible, they would galvanize the idea of more government and less religion. The more government and the less conflict of competing interests the greater the population can be manipulated. “Group think” would be an ideal standard, the so-called “dumbing down of America”! Unfortunately, this more than sad state of affairs rudely applies undercurrents of mind streaming so that our wonderfully honest politicians can tell us what’s good and bad.
That is why, prisons are in the state of affairs they are now in. There was a time when mass incarceration was not the problem it is today. When Michelle Alexander talks about the drug problem she is spot on, intelligently so, and a self-fulfilling nightmare for the African-American community (to which I had a front row seat working in a prison housing a huge population which was drowned in methamphetamines, heroine, fentanyl and carfentanil, and opioids). And, somehow with the drug issues today, HIV and AIDS has lost their splash across the news, but the viral contagion is profoundly higher than ever. The death rate is higher than ever.
I used to have a father who said “what you don’t know can’t hurt you”! However, there was always a sense of sarcasm and a head shake as he said it. The truth is that the picture is that drugs and their associations with sexual-viral bearing diseases are “The Bermuda Triangle” of this country. And, media has lost its impact because its propagation is not impacting into the inner cities (nor to the wealthy urbanites and exurbanites). The expansion of the drug addiction into the white community is a fact, and especially into poor southern rural communities in and around Appalachia. No longer can this country listen to the puffery of the Washington, D.C. clan of preachy stereotypes to seek common sense. It is understandable that people expect something more from their politicians, but today it is totally whimsical thinking. Their persistence on hardly tangible and meaningful social issues plaguing the country is horribly unfortunate.
Today’s drug epidemic can be compared to the “Black Death” of the 14th Century in Europe which killed about 25 million people. The causes are not comparable, but certainly mass deaths in any period of history must be identified and considered as an alarming sociological devastation. The drug penetration into American society through trafficking from South America in particular is the modern day version of “Black Death”. The failure to eliminate the pandemic in the United States is part nonchalance, part failure of government, part lack of ignorance, and part breakdown of the family unit. The prison system is a reflection of this societal disease, and Michelle Alexander is correct that mass incarceration will not end unless and until the “War on Drugs” is won. I do believe that my thesis in the previous chapter is the only avenue to this end result. Education is essential in this regard, and prisons today are merely misery centers. At some point the people who write and speak about “prison reform” will get sick and tired about such a labored argument that doesn’t resonate in the right quarters: Congress. Thus, my plan for a corrective approach with meaningful and fundamental ideas.
The American prison system today is a sociological dumping institution that has expanded with claims of unwitting awareness. It is a “Bermuda Triangle” of lost humanity bounded metaphorically by the federal government, state government and the system itself. A great deal of writing has tried to answer what has lingered as the unanswerable: why so many airplane and all types of large and small seafaring boats and ships have totally disappeared without material recovery. Scientists postulate, without complete scientific assuredness, that it “may” be due to the alignment of the geographic and magnetic poles as they migrate in relation to the earth’s axis and its iron core. The federal government is so engorged with largesse today that no one really knows why it is a failed system. Every facet is so political that it takes on a life of its own. Fragmented so that Congress, the Supreme Court and the Executive branch cannot serve the peoples’ needs, but instead all three branches self-righteously create shock waves that shatter the public need in quest of their own self-serving belief systems. They claim to be in touch with national harmony, but their political gravitational wills defy their claims as they breed civil discontent gratuitously and holier-than-thou malevolence.

The American prison system has gone off the rails. Originally started in the country by King George III, the pre-American Revolutionary prisons were inhuman and savage petri houses of filth and diseases. The first post-Revolutionary prisons were not much better; in fact, the Civil War prisons rivaled the inhumanity of pre-Revolutionary ones. It was not until Reconstruction when the stark realities of American prisons were viewed by highly educated overseers as shameful and repugnant. A new language referenced the need to view conceptually a new type of prison: a reformative one that would prepare the prisoner for post-incarceration life. However, throughout the near century and a half, the politicians in charge of legislation have done little to change the culture of prison warehousing.

This story will concentrate on the facts that keep the unfortunate in miserable sardine cans without any provable consideration for change. Our politicians are the nation’s lifeline for change, and yet many should be switching places with the incarcerated. If there is ever going to be a sincere change in the warehousing of human beings, there has to be a will for compassion and the election of politicians who do more than mouth false promises.

A country is only as good as its least fortunate. Providing an atmosphere to allow for self-actualization rather than big government handouts starts with health, the family unit, and especially education. Recidivism is the default issue. Only a minority get out with a sense of pride and the ability to reconstruct a decent life, and there is often a latent prejudice against former prisoners. Finding a “second chance” vocational opportunity or an avenue back to school for youth is an absolute must. Prisons provide training in some areas, but nowhere meeting the needs of the large prison populations. This a generational issue which has never been fully remediated. The book takes on the central issues underpinning the ever continuum of prison expansion.