The Creation of a Black American Homeland in Liberia 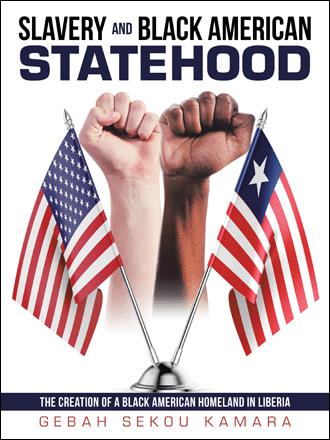 Liberia’s contribution to the world and Black American has often being forgotten by the very people that it was established for. Many freed blacks, from the United States and beyond, gave their lives for the founding of this beautiful coastal land in West Africa that is today known as the Republic of Liberia. But, Today's generation of black Americans would rather visit or talk about Mexico and foreign lands than mention, or admire their connection with Liberia. As the result, Africa first modern democracy created by freed slaves from America had been left to buried in long distance memories of past generation of heroes who laid their life on the line to escaped slavery, white prejudices and prosecutions. The research and the time needed to digest the complex history of Liberia by historians has not been appreciated by most of its young genera-tion on both side of the Atlantic Ocean.

Liberia should have the same significance to black Americans as Israel’s significance to Europe-an Jews and other Jews that came from other parts of the globe to establish historical connec-tion with the state of Israel. Some of the reasons that Liberia’s old democracy is on life support is because it was long abandoned by the sons and daughters of the many freed people of color that sailed on the dark parts of the world. These freed people of color were running from racial prejudice and prosecution in search of freedom and to establish a peaceful country of their liking. It was their love of liberty, freedom and equal rights that brought them to this costal land on the west coast of Africa.

Liberia should reclaim its position in the world as one of the earlier contributor to modern democ-racy, and the fight for freedom and liberty for all who set foot on her shores. Black Americans need to reconnect back with Liberia their ancestral homeland to help keep its dying democracy alive. If Liberia democracy should fail, it would not be because of the lack of effort on the parts of those who risks everything to create this small nation, it would be because of the old wound of slavery mentality that is still buried and indented in the minds of many offspring of black Ameri-can and the indigenous Liberian as well. I challenge every generation of black American, Ameri-co-Liberians and the Indigenous Liberians to remember these jubilant sounding voices of their forefathers when they gladly shouted “In joy and gladness, with our hearts united, We’ll shout the freedom, Of a race benighted. Long live Liberia, happy land! A home of glorious liberty, By God's com-mand! A home of glorious liberty, By God's command!” With these voices let us all be reminded to pick up the torches of freedom, liberty and the pursuit of happiness for all the black race!

Liberia’s contributions to the world continue to be overlooked, including by Black Americans.

Gebah Sekou Kamara, a native of Liberia migrated to the United States in 1998 after fleeing the Civil War in his country, he was granted asylum in 2001. Mr. Kamara explores how many freed Blacks from the United States and beyond gave their lives in founding the republic of Liberia on the coast of West Africa.

The author attempts to reawaken the minds and spirits of Black Americans and Liberians both in the diasporas and on the mainland about engaging with each other to help Liberia reclaim its place on the world stage. He also answers questions such as:

• How did slavery develop on the African coast?

• Why did Black Americans return to Africa?

• How have Liberian natives been miseducated?

• How was the modern Liberian nation built?

The book highlights Liberia’s long journey toward democracy, why the nation is so important to Blacks around the globe, and how it can move forward.

Join the author as he shares a fascinating account of Liberia and its connection to Blacks in the United States of America.

Gebah Sekou Kamara was born in Liberia West Africa. He obtained his early education in Liberia. He attended Monrovia Centre High School and the A.M.E Zion Community College in Liberia. Gebah Sekou Kamara migrated to the United State in 1998 due to the Civil War in his country. He obtained his Associate Degree in Automotive Technologies at Lincoln Tech Institute in Philadelphia. He later followed his passion by obtaining a Bachelor of Science Degree, in Criminal Justice Administration from the University of Phoenix campus in Downtown Philadelphia. Mr. Kamara later went on to obtain two Master’s degrees from New England College and Kaplan University in Criminal Justice Leadership and Homeland Security Emergency Management respectively. He was enlisted in the Liberian Armed Forces during the height of the Liberian civil wars, has worked as a social worker, adjunct instructor and as a human services professional. He also pursuing one of his lifelong passion as a culinary chef. He has helped found the Liberian’s Girls Education Foundation and the Liberian Empowerment Organization in Philadelphia.