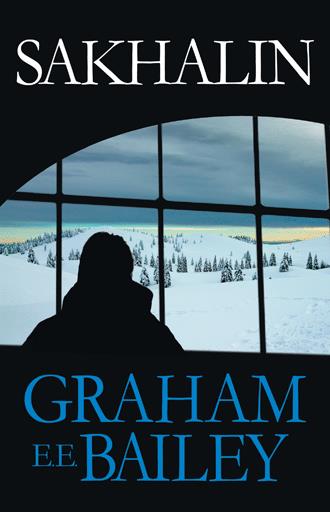 Day 8
He now knew what he had to do. He watched her eyes flutter closed as she fainted again. A few strands of hair had fallen on her slightly parted lips, and he saw a streak of tears on her cheek. He looked down at his hands and flexed his fingers. She might wake as he placed his hands on her, but he was counting on her brief moment of confusion to give him the second he needed. She might look at him, but she would not have time to call out. The dead man lying on the floor hadn’t cried out. Killing him had been textbook. He had done it a dozen times, but that man’s death had been one of the cleanest. He suspected the ease of breaking his neck was fueled by the strongest motivation to murder that he had ever felt. For her it would have to be the same quick, fluid motion, that a moment’s hesitation could undo. Now, if he hesitated, he would be forced to strangle her.
He reconsidered. It could not be done while she was lying on the ground. He would need to be standing behind her. He could smell the faint sweetness of her perfume. He heard her breathing along with his own. He gently brushed the hair from her face. Her eyes opened. He leaned down and kissed her. She returned the kiss. It was sweet and gentle, not the kiss of driving passion that they had shared before. He gathered her up in his arms and then brought her to her feet. Now he kissed her richly, deeply. He felt her hands come up and rest on his shoulders, but he slowly moved them back to her side. He pushed away the collar of her shirt and kissed her neck. She began to speak but he whispered, “shh.” He did not want to hear her voice or see her face. He only wanted to focus on what he had to do. He was aware of tears in his own eyes and a white heat in his mind. He slid around behind her and rested his hand on the side of her cheek. Then he moved his other hand down to the base of her neck, finding the point to apply pressure and then twist. He silently promised that he would not hesitate.

Can Yuri, an undercover operative, accomplish his mission while protecting his unwitting sources? Will he compromise his own humanity and passion for a greater purpose—to stop a brutal criminal of the Russian underworld?

Immersed in a sadistic and sexually charged relationship with the wife of eastern Russia’s dominant arms dealer, Yuri commits himself to exploiting her as an informant so that he can infiltrate the criminal organization. He soon realizes that he is not the only one with an identity to hide and a covert agenda to execute.

His elite special ops training has made him an effective and deadly success in his profession. But through improbable friendships with a young mischievous orphan, and an American woman who has just arrived on Sakhalin Island, his assignment is put at risk. Will his all but forgotten humanity emerge only to lead him to exposure and failure?

Graham E. E. Bailey, with boundless energy and enthusiasm, grew up developing a rich imagination that she conveyed through storytelling. Following a multidecade career in the creative field of marketing and advertising, she is now inspired to craft tales of suspense. She lives in the ‘suburban wilds’ of Long Island with her husband and daughter.