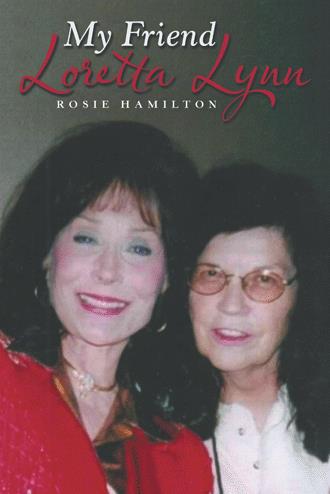 December 1988, Chuck and I went on the Celebrity and Fan Cruise as Loretta and Mooney’s guests. We flew to Florida to meet Loretta and Mooney where we boarded the USS San Juan. Chuck and I had never been on a cruise. The USS San Juan stood several stories high. Its crew was dressed immaculately and they treated us like royalty. As hard as I tried, I couldn’t see everything or take enough pictures when we boarded with other excited fans.

We followed our personal guide down many corridors to reach our room. I wasn’t sure we could find our way back to the main deck, but we did. I think our room’s color scheme was royal blue and seafoam green. I know it was larger than what I imagined. Chuck flopped onto the bed, announcing it was very comfortable. I laughed. He sat up, when we heard a knock. His mocha brown shirt with orange and blue swirls looked great on him. Chuck could wear almost any color and look good. I, on the other hand, wore primary colors: red, green,blue, yellow, brown, black, and white.

Chuck crossed the short distance in two steps and opened the door. A well-tanned young man sporting a mouthful of white teeth delivered our suitcases. I counted each piece, making sure we had all of our baggage while Chuck tipped him and closed the door. He caught me and squeezed.

“Let’s go up to the deck,” he whispered, nuzzling my neck. I nodded, gasping for breath. When we started down the long passages, Chuck slid his hand into mine. He hadn’t often done that. I smiled. I liked it. He said he wanted to look at the welcome sign again. The massive sign was made out of food arrangements including various meats, fruits and vegetables.

Its greeting welcomed Loretta Lynn and Conway Twitty. I took pictures as Chuck examined the large sign thoroughly. Chuck beamed. He enjoyed good food. He especially loved trying new foods, where I didn’t. That first night, he had a heaping plate of different foodstuffs, unknown to me, to try.

“Here. Taste this,” he said, pushing his fork in my face.

“Now wait a minute!” I exclaimed, leaning back in my chair without falling over. “I don’t like…”

“…you haven’t tried it,” he interrupted. That boyish grin, which had made me fall in love with him

many years before, spread across his face.

“Just take a bite.” I pinched off a teeny piece which looked like white meat on a chicken wing and chewed on it for a minute before washing it down with a gulp of tea.

“It’s not beef,” I grumbled, my nose wrinkled. Chuck laughed heartedly, offering another bite of meat that didn’t look tasty either.

“What’s this?” I asked, moving away from his fork. Loretta watched amused. I knew she too, didn’t try new foods. She liked her comfort food.

“Alligator,” Chuck said, trying not to grin. Mooney laughed at my unwillingness. Trying not to smile Loretta looked at her plate.

“No. I’ll stay with what I like,” I said testily, forking some fried potatoes. Loretta grinned. Munching on the potatoes, I looked around the room, checking each table between bites.

Conway Twitty was sitting in the corner to my left. He was in deep conversation with his wife, Dee. I could tell this because his hand was covering hers and she was listening intently. Conway’s daughter, Joanie glanced at me and nodded slightly before she turned back to her daddy’s conversation.

George Jones and Jeanie Pruitt had a table by the stage where they were enjoying the jazz band. Listening, I could tell the band was talented. Loretta had invited him and Jeanie Pruitt along with several other singers on her and Conway’s Cruise.

Rosie Hamilton doesn’t like being the center of attention, but after talking to country music star Loretta Lynn about all the fun they’ve had over the years, she knew she had to share the good times.

Hamilton met Loretta at a 1975 concert in Phoenix with her thirteen-year-old son in tow. She was in awe of Loretta, who was so beautiful, so down to earth, and so country.

In a surprise move, Loretta pulled the author on stage at that concert, and the two became fast friends. They enjoyed many adventures over the years—traveling, shopping, and getting into trouble.

Sometimes, between the afternoon and evening shows, Loretta needed to unwind, so Hamilton would take her to the mall, standing at the entrance of shops to prevent her from being pestered by fans.

If you’re a fan of Loretta Lynn and country music, you’ll love this inviting and engaging memoir featuring the star and her biggest fan.

Rosie Hamilton has been friends with the legendary country music star, Loretta Lynn, for more than forty-five years. She worked at Loretta’s Boutique in Hurricane Mills, Tennessee, for twenty-five years. She is now retired and wrote this book after many requests from family and friends.