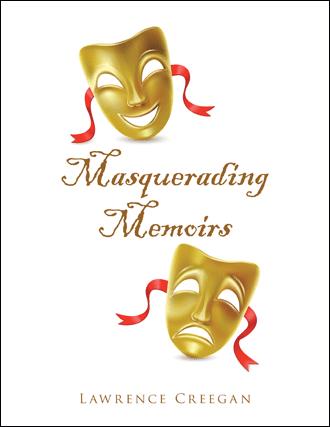 This would be my second attempt at creating an avenue for the purpose of entertainment as well as some great ideas in a book. My first book came out in 2004 called “Hilarryous Halloweens” which is the chronological history of my Halloween costumes since the age of six and continuing on until the first book came out with Author House, being the first publisher, hasn’t been too successful. This is due to the author being a cheapskate and not spending any money on advertising. I need to sell a few more hundred copies to break even.

My goal is to be on the Ellen DeGeneres show. Perhaps I will have to do some advertising to make that happen. I have continued to make costumes due to the enjoyment I get going out and kicking butt at the local Halloween competitions.

I have to say that in the last few years I have been liking it less and less due to the absence of the friends I have left. They don’t want to go to the bars late at night anymore and I can’t blame them.

I have won several first prizes over the years in my area and I got used to making that money. In my mind that money became income, so I really had to go out there and bring that money home. It’s not like it used to be so I’m thinking that 2019 will be my last costume.

My biggest beef with Halloween nowadays is the music which is typically hip-hop or rap. Today’s music offends my seasoned ear for good music. I am an old school rocker and cannot tolerate the younger crowds screeching music. I will bring my own music to bars where I know the owners and they will pacify me by playing it. Me and my white hair have heard other masqueraders who recognize me and say, “when are you going to let someone else win?”. When you get that reaction, you know you’ve done your job well.

With 2019 being the last year I’m going out for Halloween, I have created a pretty cool costume I’d like to call the “Piece de resistance”. This is my version of a tornado. I thought of it a couple of years ago, but I was dragging my feet making this costume. I realized this year would be my last, so I wanted to create a real good one. This costume has taken months to prepare especially while writing this book. You will see a picture of the tornado later.

The word masquerade is a French term meaning ‘to cover up something or participate in something requiring costumes in a theatre setting’. I said to my friends over the last thirty years that I came in second to last place in the Brad Pitt look-alike contest beating out Charles Manson and that was after he got the swastika tattooed on the bridge of his nose. Even after his reputation and looks after the tattoo, he had some female who wanted to marry him. He died before that could happen.

I think I have this obsession with wearing masks to cover up this mush I’m stuck with. That’s probably what the great psychoanalyst Sigmund Freud would probably have said if he were to analyze me. He would have a field day with some couch time with what’s bouncing around in my dome. In the last twenty years or so, whenever I meet and intent to ask a female out, I always expect that they will come up with some kind of excuse. I don’t feel that I’m very attractive to the opposite sex. I always wonder why women rarely approach me or ask if I am single. We all know that every woman has an available friend, but I never hear “Hey I got a girl for you”.

I understand we are all in nature’s facial lottery and I didn’t do very well which is not my fault nor my parents. It is the Creator of all this stuff called life. When I meet the Creator, who or whatever that may be, I’m going to want to get into a fist fight in retaliation for my suffering…though, I’ve managed to trick a few women into dating me over the years. They were obviously blinded by love or mesmerized by my personality.

I must stop making this book look like a profile for a dating website. I have cruised dating websites to find out what women want in a man and above all, a great sense of humor, check, next is a good listener, check, would be great if he could cook, check, and handsome, well three out of four isn’t bad but no cigar!

Some of my friends and family have offered some advice on writing my second book, saying that even though you have great pictures and stories in the first book and from my point of view a picture is worth a thousand words! Anyway, the general advice was to add more text about some funny things that have happened to me over the years. My relatives say I should immortalize my stories. They also advise me not to name the second book “Hilarryous Halloweens II” and also do NOT put a half-naked picture of myself on the cover as to not scare people away! (I saved it for the end.) So, I went with the classic happy/sad masquerade masks. Not bad advice and I bet they are surprised I took it.

I have some very interesting travel episodes which I would like to elaborate on and maybe you, the reader can chuckle and say to yourself “hey something like that happened to me”.

I was born the fourth of four sons to my Irish school teaching parents who resided in Warwick, Rhode Island. Like many other kids, I was a handful for my parents, but I managed to graduate from Pilgrim High School in Warwick in 1973. I then enrolled in Johnson and Wales University in Providence in 1976 and graduated in 1978 with an associate degree in culinary arts. I only lasted about four years in the food industry as it mostly commands that you work on weekend nights and holidays. During my stint in the food industry I would hear from my friends “what a party you missed” or “what a concert you missed”. Needless to say, I got sick of hearing this so I took a carpenter apprentice job and ended up starting my own construction business as an independent home remodeler. That kept me happy and lasted 26 years until the banking crisis hit in 2008. As the economy hit bottom my phone quit ringing as everyone was afraid to spend any money. I then took a job with the state of Rhode Island working for a local university near my home. I have since retired, on my birthday of all days, in November of 2020. Now I just wait for the royalty checks to roll in.

This book is basically an autobiography starting with the continuation of my first book “Hi-Larry-ous Halloweens” which was published in 2004. I didn’t give up making costumes after 2004 so I created this book to give some insight to the “Hi-Larry-ous-Halloweens” fans I created after first book came out. Costumes make up the first half of the book and the rest are short stories of events that have happened to me over my lifetime. When I let some close friends read the prototype of this book most of them were laughing a page or two which makes me smile.

The fourth son of Irish schoolteachers, Lawrence Creegan inherited his parents’ sense of whimsy and fun. He grew up in Warwick, Rhode Island where he graduated from high school in 1973.
Larry attended Johnson & Wales University, earning an Associate Degree in Culinary Arts in 1978. He began his many adventures after graduating, from snowbird treks at ski resorts around the country to balmy Florida winters. In 1982, he moved to Block Island for four long years on “the rock” where he cooked, tended bar and worked construction.
Larry wandered the country again and eventually settled on Rhode Island’s southern coast where he began a successful home remodeling business and chefs himself out when he needs a change in venue.
Larry is an avid fisherman, loves music, concerts and traveling. True to his New England roots, he is a diehard Red Sox, Patriot and PC Friar Basketball fan. Larry finds himself invited to many unusual parties because of his outrageous outfits – and because he always brings something really special to eat!
Larry is well known for always having a good joke to tell and has dedicated his life to making people laugh.
As his first book illustrates, Larry has also raised Halloween costuming to an art form.