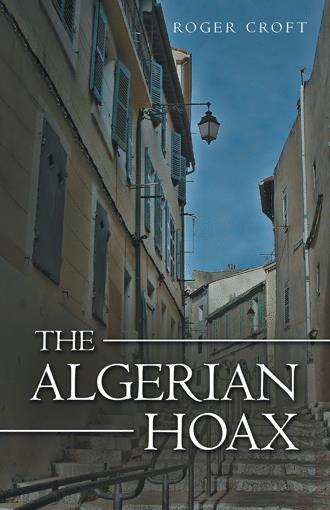 Life, he told himself, was catching up with him: this would be the very last assignment for bloody B3. He was becoming so weary that even the bed in the tacky Hotel Splendide seemed inviting. But so far he hadn't made any contact. He felt alone and neglected. He decided to return to Chez Loury simply because it was his only lead. It was only a few blocks away towards the harbor.
In the distance, he could hear the subdued rumblings of the late-night traffic around the harbor. The narrow, darkened streets were deserted except for a few couples who seemed reluctant to go home, and listless young men hawking drugs to any aimless punter who looked interested or bored. Vaux looked up at the shuttered, shabby building. Nothing had changed since his earlier reconnaissance.
But then he saw it: through the sash window on the third floor--a glimmer of light that projected upwards to a yellowed ceiling. He stood on the other side of the street and watched. There was no movement and no hint of any activity. He walked through the small cobbled front garden towards the door: withered plants in old clay flower pots served as sentries to the narrow entrance, painted blue many moons ago, faded and blistered by the hot sun. Vaux looked for a bell push. Suddenly, the door opened.
A tall, thin man in a long, striped cotton thobe, gave a slight bow and gestured with his arm for Vaux to enter. In the sepulchral, blue-tiled foyer, the man silently gestured again towards the narrow staircase. Vaux nodded as the old Arab lightly brushed past him to climb the stairs and presumably to the man Craw had described as the key contact in what he had called 'the multi-national effort' to support MI6's Operation Mascara.
A light knock at the door, followed by two more in rapid succession. Then Vaux was ushered into the room with polite and silent gestures. He saw a dark, bulky figure sitting at a small desk at the far side of the room. An anglepoise lamp threw a round, bright light on to the leather surface and effectively obscured the man's face in the surrounding gloom.
'Ah, Westropp! Shalom. You don't know me, but I've heard a lot about you! My assistant, Mustafa, had noticed you loitering in front of the house. So all is well.'
Vaux was caught off-guard. It had been a long time since anyone had used his code name.

Who would have thought one night with a beautiful woman could destroy everything? Michael Vaux used to be a journalist, covering international events. Then, he was honey-trapped into serving queen and country by the Secret Intelligence Service.

Now, top officials at MI6 suspect one of their senior operatives of betrayal—and Vaux is top of the list. In the wake of anonymous charges of Vaux’s disloyalty in top-secret operations, he’s under scrutiny by the United Kingdom’s top spy catcher.

The evidence is mounting against him, but Vaux knows he’s innocent. Who would frame him for treason? As a veteran spy, he must uncover the real mole before he ends up dishonored and dead.

Roger Croft is a former journalist whose reports and feature articles have appeared in numerous publications including The Economist, Sunday Telegraph, and Toronto Star. He has also worked in Cairo, Egypt, where he wrote editorials for The Egyptian Gazette.