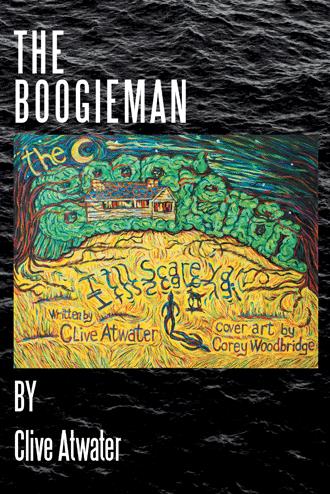 I had for some time, past tense, been inordinately confined to an eerie cryptic and oblique remnant context of a pseudo iconic period silently indicative of a distant and long ago, pragmatic Victorian age. Yet however, I began to find myself progressively remanded to the morosely dismal realm of a shadowy twilight existence subliminally cast in the bizarre confines of a sallow and imminent sense of ambiguity. Yet even though at such an early age I had subliminally come to atmospherically inherit a jaded and cynical life's perspective. In that such that over a lengthy and enigmatic period from then onward, had abjectly eroded a marginal sense of warm inward complacency I may have been in possession of, prior to my induction, into that stately, historic, and creepy old house which carried themselves onward well on into later adulthood to a more ill-defined and prominent degree. I had thus forth initially found myself mortally stricken with a stark sense of ill recompense in that on frequent occasions were spent in sole contemplation of a subtly perceived hidden and stately presence so unspeakably horrific, yet wholly unseen, and innately sensed that played out it's ghastly connotations in a shadowy sequential aura.

Thus consisting of vague and subtle inferences to a soon to be mortal retribution and rampant damnation, emanating from that pale blue dusky third floor hallway alcove subtly inferring a heinous darkened presence incepted in a cynical and jaded sense of introspect. Thus of which had impishly crept it’s way into the lofty eaves of my lurid subconscious in their vague, obscure and shadowy content.

This became eerily more apparent as time progressed and our family having got more settled into that big creepy old house. And as yet had remained readily pervasive factors as well as mentally harrowing aspects thus of which seemed to more be in lying prevalent and innate qualities to the old house itself. Thusly I was figuratively remanded to a stark isolated realm, solely imprisoned to the dismal confines of a dimly lit shadowy twilight world by the potential resurgent manifestation of a stark goonish and ogre-ish horror which imminently resonated from within third floor walls which struck me with an unspeakable sensation of abject dread, terror,…subliminally pervasive in it’s all inclusive ill designs and threatening to
materialize at any given moment without warning,…

I was thusly shrouded behind an impenetrable barrier of paralyzing fear and feigned silence of which I had arduously maintained an ongoing and inward struggle to ultimately reconcile within myself the stark mental images of a dark sinister enigmatic force that heinously manifested it’s pitch blackened evil silhouette within me by now harried and traumatized psyche. And upon much inward contemplation, at furthered time intervals, I found myself mortally stricken with an intense reverberating terror that resonated an unspeakable and indescribable horrific droning sensation from within that heinously rendered my central nervous system. Frozen, shuddering it to it’s very core, whereby my blood ran alarmingly cold, especially in my face and eyeballs and I began to shake in an uncontrollable vibration.

Moreover in previously having been insidiously deluged by a steady succession of faint, and partialized mental images of a gnarled blackish ash grey gourde like mutation that wretchedly inhabited either the attic or the basement. Thusly incepted at the subliminal level, such morbid conceptions that lowly manifested themselves in a ghastly convergence upon my acute mental perception. Prior to this though, however, I did not possess any inward curiosity nor the inclination to expound upon any preconceived notions regarding the possibility of a said "Boogieman" wholly realized or the potential existence of a dark shadowy underworld of the elusively macabre. But I did later on, however, become morbidly enamored by such ominous connotations emanating from within clandestine regions of that historic old house. Thus of which were subtly indicative of something so vile and abhorrently evil yet impishly vague and in descript in it’s elusive form. This factor alone, in and of itself, lent to a grossly heightened level of morose apprehension resonating from within.
These goonish images had surreptitiously seeped from deep within the vast regions of my inward psychological retention ultimately paralyzing me to such a grave state of ongoing ghastly fear, in that of something so dreadfully ominous possibly inhabiting either the basement or the attic. But the attic was the primary focus of my heavy laden dread. And although these images were seemingly and insidiously inlaying and ignominiously implanted by a despicable, veiled and aloof source referencing that of a dark enigma wholly unseen and morosely indicative of a self subsisting insurrection that inherently embraced the total embodiment of a vile and reprehensible omnipresence.
A dark cryptic silhouetted figure surrealistically
highlighted in a bleak outline of a grayish blue haze thus of which abhorrently presented itself to my subconscious and insidiously inhabited a clandestine third floor region of a decaying old house in Cuyahoga Falls Ohio set in the late 60‘s. In that had such a dark knotted gourdish abomination were to lowly manifest itself openly in the raw. That to the naked eye would’ve been so starkly horrific and visually repugnant to the constrictive bounds set by the conscious mind it would’ve beggared outward and definitive description, yet it remained wholly elusive and concealed from sight. And in all my despondent hopes to rationalize the ill conceived sense of a dreary moroseness and looming imminence which resonated from within that I was chronically stricken with a pensive illconceived sense of isolation, Yet I fervently held to the self aspiring notion to seek out in all diligence the elusive source of just what was solely responsible.

Six-year-old Cameron never believed in the Boogieman. That character was merely fiction, embellished by adults to keep kids in line. Yes, the Boogieman was only a myth—until Cameron’s family moves into the stately old house with the creepy third floor.

Already, at the mere age of six, Cameron carries a jaded and cynical perspective on life, so he will never admit to believing in something so childish as the Boogieman. However, he must confess there is a dark presence on the dusty third floor. This presence strikes young Cameron with unspeakable dread.

The legend of the Boogieman haunts both Cameron and those around him, but how does one fight a myth? How does one control the wild machinations of a child’s mind?

I initially aspired to be a portrait painter but there didn’t seem to be a demand for that no matter how good you are. Then I went onto painting land and sea scapes and even had numerous works on online galleries and a couple down town ones here in Stroudsburg but that didn’t pan out either. And after a couple of years she had to close and then had to have all the artists come and pick up all their works. So then I thought I’d put my creative powers to possibly a more lucrative venue writing, I have also published a children’s book through Barnes & Noble, covenant books entitled the Bubbloons that’s listed on Amazon.