Volume One: Diamond in the Rough 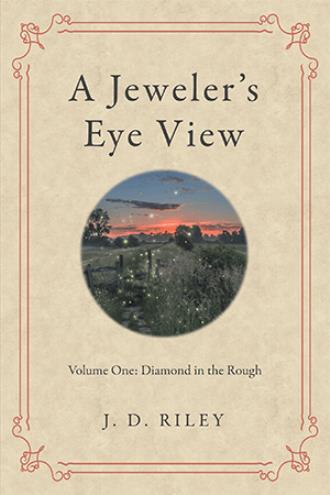 The dim, gray light was hazy, and the room seemed to have no walls and no end. Jake found himself wandering through the empty room with a low ceiling stretching interminably in every direction.
“Hello, Jakey,” a voice softly spoke up from behind him.
Jake spun around.
It was Dickie, and he was young, vibrant, and seemingly full of life. He looked much like he did as a senior in High School, clean cut, perfectly groomed jet-black hair with the pomade oil he loved to wear. He had a sparkle in his eyes.
“D…Dickie,” Jake stammered, suddenly choking with emotion. “You’re here! But how…?”
“My name’s Máu Lạnh, Jakey,” he said. “Remember that—Máu Lạnh…”
His appearance suddenly shifted, and he was wearing jungle fatigues and was covered in sweat and grime.
“No,” Jake said. “I don’t like it, and I won’t call you by that name. Your name is Dickie, and always will be.”
“It’s how I survive, Jakey,” he said, smiling. “I told you that before. Máu Lạnh gives me a sixth sense about things. Máu Lạnh gives me power…”
“You…You’re not a cold-blooded killer,” Jake said, shaking his head with alarm. “I don’t care what you say!”
“Something’s in the air,” Dickie said, ignoring Jake’s reproach. “Something’s about to happen, Jakey. I can feel it. You need to believe me. I always know when the gooks are up to something.” Dickie stepped in closer. “And I’m never wrong.”
“What the hell are you talking about? What are…?”
“Watch your ass, Little Brother,” he said. Just then, everything began to get hazy, and for the moment, Dickie faded into the shadows.
“N…No, Dickie!” Jake cried out again. Dammit, don’t you leave me again! Don’t you…”
“I’m not leaving you, Jakey,” Dickie said again from the shadows, and faded back into view. “I never leave my brother on the field of battle!”
He was still in his jungle fatigues, but this time half his face was ripped away. He was missing his left arm from the shoulder, bloody tendons hanging in their stead.
“N…NO!!!” Jake gasped with horror, backing up. “Aaiieeaah!!!”
“Watch your ass, Brother,” he said, again beginning to fade. “Watch your ass…”
Jake screamed, and bolted upright in his bed. After a tense moment, his senses cleared, and he reached over and turned on the nightstand light.
“It was only a dream,” he muttered. “Another fucking dream…”
He rubbed his temples, and ran his fingers through his hair, shaking his head, trying to get the last image of Dickie out of his head.
“When does it stop?” He whispered with anguish. “When?!?”
After a few moments, he reached back over and turned off the light, and fell back on his pillow. As he thought about his brother in the quiet of the early morning hours, his mind drifted back to the first time he saw his brother in Vietnam.
In the unedited silence of the morning, he allowed his mind to go back to another time, and place.

“Dung Lai, you Boots!” Dickie yelled at the backs of three G.I.s walking down the busy street ahead of him. The noise of the packed streets of downtown Da Nang had American soldiers milling through the narrow avenues shoulder to shoulder, yelling and laughing to one another. Vietnamese vendors were hollering out advertisements of their wares, and the local language was chattering from radios in windows. In spite of this, Jake stopped in his tracks at the sound of his brother’s voice and whipped around, looking passed the crowds. Then he saw him and took a step towards him, but before he could take another, a small herd of Vietnamese children swarmed around him and his two companions.
“G.I.! G.I.! Give dollar! Give dollar!” They began crying, and throwing up their hands, reaching for a hand-out from them. “I give good reefer!”
“Ra khỏi đây! Ra khỏi đây, you little brats!” Dickie barked, shoving through the crowds to intercept the children, kicking at them to move on. Ignoring him, they desperately kept their focus on their new target, as Jake and his companions looked “Cherry.” Only after landing his boot hard into the back side of the leader of the group did Dickie succeed in getting them to run and scatter.
“Dụ má!” The injured boy yelled at Dickie, throwing up his middle finger at him as he ran off, rubbing his behind.
“D…Dickie???” Jake gasped with surprise, turning from the little drama with the children to look at his brother. “What the hell…?”
Dickie’s expression stopped him for a moment. He was looking at him grimly, shaking his head, obviously not happy to see him. Jake brushed it aside, and leapt into his brother’s arms, hugging him, and laughing.
Dickie’s five companions stepped back with surprise, as Dickie reluctantly reciprocated by patting Jake’s back. Looking over his shoulder at his squad, Dickie shrugged. “My little brother…” He muttered. “What can I say…”
After a moment, he pulled back from Jake, and Jake reach up and affectionately placed his hand behind his neck, pulling his face close.
“Damn!” Jake said. “What are the odds I would run into my brother on the streets of Da Nang!”
Dickie reciprocated the hand gesture behind Jake’s head and his face up close, but did not reciprocate the mood. He whispered a low growl.
“What the hell are you doing here???” He scolded. “I told you to stay away from ‘Nam!”
“Same as you, big brother!” Jake said, smiling undaunted. “Fighting for my country!”
After a moment of locking eyes, Dickie sighed and let him go, stepping back.
“Yeah,” He muttered. “Right…”

It is 1979 in Macon, Georgia, when Jake Goodson embarks on a quest to rescue his children from the clutches of a religious cult that has already charmed his ex-wife, Madeline, into its snares. But when the Vietnam War veteran begins receiving unwarranted attacks on his character and threats to stop his quest from Madeline’s attorneys, Jake must act fast or lose his children forever. Unfortunately after he decides to take matters into his own hands, he must deal with the consequences.

Now as he faces several criminal charges, Jake begins seeing a psychologist. During their intense sessions that resurrect the past trauma of the war as well as his memories of his one true love, Jake relives his time while stationed in Southeast Asia. As Jake is drawn back into his recollections of the beauty of his romance and the searing pain of its end, he notices an awakening within beyond his obsessive visions of the end of the world. But as he valiantly battles his internal demons, Jake soon realizes he has a formidable enemy with an uncanny ability to foresee his intentions and outmaneuver him at every turn.

Volume One of A Jeweler’s Eye View begins a fierce battle between two adversaries that will ultimately bring the forces of good versus evil to collide with heroic implications.

J. D. Riley is a licensed psychotherapist who has worked in addiction treatment since 1982. He earned a bachelor’s degree in philosophy and religion from Berry College in Rome, Georgia, and a master’s degree in counseling from the University of Georgia. He is a US Army veteran who witnessed the impact the Vietnam War had on many of his fellow soldiers. Riley, who is married with a daughter, currently lives in Atlanta, Georgia.