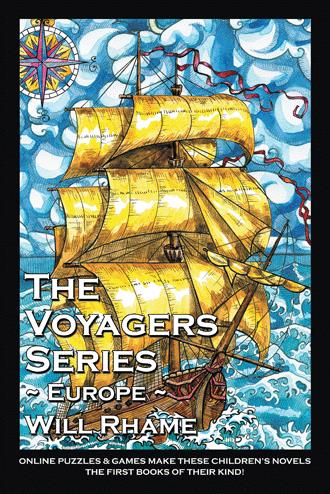 The two packed lightly and set off for their secret cave. Each had a bota bag that their father brought back from one of his trips to Spain. These were very useful leather bags that hung across the chest and contained water.

In the afternoon light, they ran along the same path they had followed so many times before. Soon, they were away from the city and completely alone. They found the large tree with a deep cut on one side that was the marker they used to lead them in a certain direction. They continued on a path until they came to five rocks they had placed together in the shape of an arrow. Then, they went the opposite way from which the arrow was pointing for about one hundred meters, until they came to the last marker ̶ a fallen, hollowed-out tree. They turned left and walked about ten meters, until they came to a specific place along a large stone wall that had thick bushes across its entire base. Behind one of the bushes was the tiny entrance to their cave.

When they crawled under the thick bush and through the opening to the cave, they entered into a most wonderful and beautiful place. There were stalagmites rising from the floor and various crystal formations of every possible color embedded in the walls. There was a small, glittering waterfall which emptied into a 500-centimeter round pool that never overflowed.

A New Approach to Reading & Retention!
Become a part of the fast-paced adventures that invite you to our website, www.TheVoyagers.net, for an interactive learning experience!
1. Questions & Trivia (At the end of each chapter)
2. Life Lessons (Character-building traits)
3. Online Puzzles (Words from each chapter)
4. Online Games (Different for each chapter)
5. Parent/Teacher Guide (On the website)

Each book in The Voyagers Series is a fun-filled adventure in which readers explore different continents during past eras. What makes this series unique is that it requires readers to transition back and forth from the book to the website, where they complete puzzles and obtain the code to play exciting, interactive games that further engage them on their travels.

Will Rhame creates a unique reading experience for children with The Voyagers Series. He is also co-author of Business Golf: The Art of Building Relationships Through Golf, which he used to teach thousands how to play the perfect round of business golf. Rhame is the founder of the Executive Sports Club and the CPA Club, a national franchise.