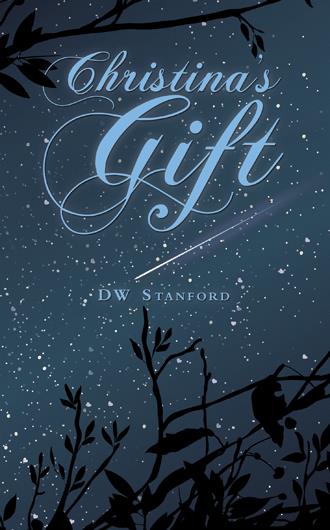 The rain had stopped by the time I turned into the driveway. I had barely entered the parking lot when the main trash dumpster stopped my progress. Someone had left the doors open to the big metal enclosure that housed the giant dumpster. The wind must have pushed it free and down the slanted drive, where it then came to rest blocking the entrance.
The narrow back lot had only one way in and out with one row of parking spots located next to the building. My car was still in the driveway, and I had no way of driving around it.
“Great … what am I supposed to do now?” It was too big and weighed too much for someone my size to move it.
That was the first time I saw him. He was approaching from behind the dumpster, which startled me at first because rarely would you find anyone behind this building. The lot is used for employee parking and deliveries only, and I didn’t see any other vehicles back here.
The old man was wearing one of those big wool pea-coats—the kind they wore in the US Navy. His gray hair and beard gave away his age. He had a baseball cap on his head to cover the top of his shoulder-length hair.
“What the hell is he doing here and in this weather?”
There was a tornado warning on my car radio this morning, but I didn't think much about it—only that it irritated me when it interrupted my favorite song “Let It Be.” Even though it was 1974 and the Beatles had broken up four years ago, they were still my favorite band, and I really wanted to hear that song on the radio.
Living in southeast Texas my whole life, these tornado warnings were a normal occurrence in the spring, but they were a nuisance to me. Growing up in the town of Tomball, which is about forty miles north of Houston, we were more likely to be visited by hurricanes. When I was a little girl and frightened by tornado warnings, Mom would calm me down by saying “Christina, don’t worry. The good Lord always protects us and our town.” That was safe for her to say since our town had never been hit by a tornado. But the town of Willis, where I worked, wasn’t as fortunate. I couldn’t help but wonder if one hit near the parking lot this morning.
The old man was walking slowly and smiling with one hand in the air as if to say, “I got it!” I’m not sure why I felt a feeling of relief at that moment. Sure, I had some help to move that beast of a dumpster, but I wanted to know more about this guy before I trusted him. I knew I didn’t really have a choice, unless I wanted to sit there until another person showed up, and I was already late. It would take both of us to push it back uphill to get it into the stall. I had seen the trash workers do it many times from a much closer distance, and it always took two of them to get it in place.
As I started to open my door to help, I looked up. The old guy was already pushing it up the incline against the wind. I’m not sure if it was because I hadn’t eaten breakfast or the stress from the morning drive, but I felt something come over me. I was trying to focus on him, but it was impossible to do. The more I tried, the blurrier he became as he performed the impossible. Things seemed to move in slow motion as he pushed the dumpster back into position.
When he reached the stall, I rubbed my eyes and everything became clear again as he closed the big metal gate that housed the dumpsters. He was standing in front waving, letting me know it was alright to move ahead. I sat there staring at him, not believing what I had seen. I was trying to think of how he could have possibly accomplished this by himself. He had to be over sixty years old, and unless he was Superman, this wasn’t possible. Yet, he had done it.
I put my car into gear, slowly moving forward until I reached my regular parking spot located next to the shop’s back door. I turned to look out my passenger window at him as he walked toward my car. I checked to see if my doors were locked, in the event I had to flee. After all, I was in a back alley, and even though he had helped by moving the dumpster, I wasn’t sure of his intentions. Having lived in mostly low-income neighborhoods, I was taught it is better to be safe than sorry.

Christina is unfortunately used to dealing with monumental challenges. First, her father abandoned her at birth and then her mother died entirely too soon, leaving her with just a few months of rent money. Now the woman who took her in and provided her with a job has also passed away.
As Christina hopelessly watches her world seemingly crumble and contemplates why God has placed her in these circumstances, she has no idea that something magical is about to happen that will change her life forever.
A day after Mrs. Baker’s funeral, Christina opens the shop and is doing her best to muddle through the morning when her path crosses with Red, an older friend of Mrs. Baker who has opened a beautiful gallery of collectibles and antiques next to the shop. As Christina becomes more acquainted with Red, she begins noticing his special gift for finding the positive in all situations as she slowly learns how to handle and conquer life’s greatest adversities.
Christina’s Gift is an exceptional story of faith, hope, and love as a young woman down on her luck finds help from a strange and mysterious source.

D.W. Stanford was born with a creative imagination, which fueled his writing over the years. His goal is to bring a message of hope and joy through his stories to his readers. Retired, he enjoy's writing and spending time with his wife, children and grandchildren.