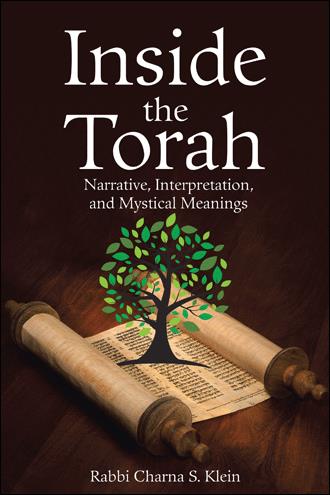 Nothing is more monumental than what is written in Parashat Bereishit — the majestic narrative which recounts the creation of the universe, existence itself, and life forms, including human beings.
The first word and the name of the first parashah/portion of the Torah (also known as The Five Books of Moses, Pentateuch, Bible, and Old Testament) is be’reishit/in beginning (“be” means “in”, “of”, “with”). Volumes of commentary have been written on this word that in English is referred to as “genesis”. The infinite, Ein Sof, is eternal and precedes the creation of the finite world(s). The sages discuss the process of creation of the finite from the infinite.
“In beginning” there was nothing; there was only God. There was no beginning and no end prior to this event, no time and no space. Kabbalah (Jewish mystical tradition) uses the name Ein or Ain Sof/”no end” or “endless of the infinite God”. Ein Sof is eternal and precedes the creation of the finite world. The sages say that God is without time and space and undefinable except with respect to what God is not.
Kabbalists explain that through the process of emanation, nothing becomes something — yesh/something [there is] me’ayin [from nothing]. Nothing literally means that there was no thing, no material reality. The infinite, as distinguished from the finite, is not composed of things and is unchangeable.
Ein Sof emanates Or Ein Sof/light without end. Two kinds of lights develop — Or Sovev, surrounding light, or Or Makif, and mimalei/filling, pnimi/inner light. The filling light extends into all the different forms it takes on earth. The metaphor of light is the closest term that the Torah and Kabbalah use for something that emanates from the infinite and is not yet material.
The Torah describes how God created the universe with ten mamarot/sayings, the first of which is: “yehi or/let there be light va’yehi or/and there was light” (Genesis 1:3). The “light” moves as described in Ezekiel I ratzo v’shuv/runs and returns up and down and in the Zohar Bereishit in all directions on the Eitz Chayim/Tree of Life. The light infuses spiritual essence into our world. Energy and sound swirl and spiral down through the Tree of Life to us.
Some scientists theorize that the world was created from a single small point, a singularity, followed by the Big Bang almost fifteen billion years ago. Schroeder (1990) explained how fifteen billion years can equal six days of creation from different perspectives in the universe — God's perspective and ours differ.
Scientific thinking is converging with what the Jewish mystic sages wrote centuries ago. The Big Bang Theory (though some scientists question this as they do any theory) and the Bereishit account of creation could describe the same thing in different language. However, science is unable to address questions of what or who created the universe and why; that is addressed by the Torah and Jewish sages.
According to Rabbi Isaac of Acco (thirteenth-century sage), the world was created some fifteen billion years ago. The fact that he came up with that figure, which was scientifically substantiated with astronomical instrumentation he did not possess, could assuage skeptics.
Albert Einstein established that E = Mc2, that energy and mass are interchangeable, convertible into each other, that there is a space-time continuum and that time is relative. The energy from the Big Bang was “electromagnetic radiation ... [scientists realized that the forces of electricity and magnetism combine] … something akin to super-powerful light beams” (Schroeder, 2009:28). Moments later, the energy “from the light-like energy of creation” (Ibid., 29) condensed into matter. Here science and sage agree.
Dr. Vernon Neppe finds the formula E = Mc2 in the first three sentences of the parashah. Energy is indicated by shamayim/heaven, and matter is indicated by eretz/earth (Genesis 1:1). The word “bara/created” (1:2) functions as the equal sign. The “c” of the formula is the speed of light. “And God said let there be light and there was light” (1:3). The twice-mentioned word “or/light” represents the squared exponent.

God gave the Torah to Moses and our ancestors at Mount Sinai thousands of years ago, and we’ve been studying it ever since. Rabbi Charna S. Klein continues the tradition in this scholarly work, interpreting the Torah’s fifty-four chapters in Inside the Torah.
Klein presents interpretations from ancient Sages to modern commentators and adds original rabbinic interpretations on important topics such as creation, evolution, societal development, gender, sexual diversity, and more. The author also applies scientific lenses, including cultural, archeological, physical and medical anthropology to explicate hidden meanings in the Biblical text.
Meant for Jews and non-Jews, the book is a significant contribution on the interpretation of the Torah from the perspectives of Chassidus and the Jewish mystical tradition of Kabbalah, its concepts, structures, and meaning.
Rabbi Klein encourages the Jewish people as inheritors of the Mosaic tradition to connect with God and repair ourselves and the world. Awaken, know, delve deep and reach high to make yourself a vessel for good.