The Origins of AIDS and Autism 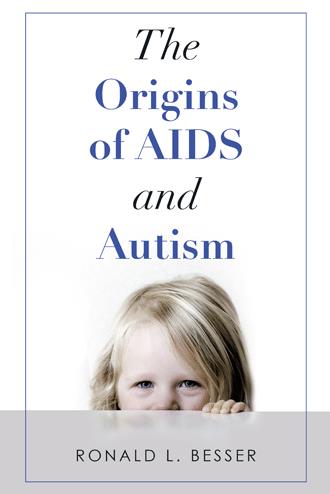 I am not a doctor or any type of health care professional. I am just an ordinary human being who happens to have a rare, and what some might call extraordinary, talent. This book is the result of being able to connect to doctors beyond the realm of Earth and receive their advice and medical know-how. It is not a channel. I am not a psychic; rather, I am able to actually hear them speak through a brain mechanism we all have, the hippocampus.
As we were looking at plans for some introductory material to provide in other books, there was a sudden rustle beside my chair, and then my inner ear began hearing something that was not actually in the room. It was a high messenger, and they informed the group (speaking as my voice) that the doctor in training wished to speak with us urgently. That doctor in training was Jane, who had died fifteen years earlier of cancer and whose work on Earth was mostly for autistic children. Jane wished to speak with her husband to tell him she was fine and that in her training for an ascension career, she was allowed to choose to be a medical doctor.
When asked, she related that her first assignment in training was to resurrect those children who were aborted on Earth. Because they were perfectly formed fetuses when removed, they were placed in spirit nurseries to be brought to life and have careers of their own. Jane related that of the hundreds she has moved from a fetus stage to a baby stage, 6 percent of them were autistic.
… in autism, the brain makes an error in development and forces the brain stem to abort what are called autobiotic cells. Autobiotic brain cells on the brain stem are stem cells essential for normal brain growth, and when missing, their lack forces the brain back to a primate evolution that is animal only. It takes from six to eight, or even ten, years to recover to the human brain status to which the child actually belongs.
Why AIDS and autism as the subjects though? I could choose history or biblical writings, or I could even take on new revelations if they chose to provide it. But I thought it was high time we asked for help trying to understand killers like AIDS.

Ronald L. Besser first learned to scribe from the celestial archives decades ago. In a revelatory presentation inspired by his ability to connect to medical professionals beyond the realm of Earth, he offers many unique insights into our history and medical conditions as our world continues to battle deadly contagions and a pandemic.

Within easy-to-read text shared for the intelligent layman and those wishing to live a natural existence, Besser begins by exploring the start of AIDS, how it took millions of lives globally, and its treatments, and then examines the definition of autism and how to work with well. Included are his insights on a sure-fire treatment for Alzheimer’s disease which can be managed at home, how the brain colludes in the fetus to cause autism, and why all vaccines must have clinical trials before being distributed to the public.

The Origins of AIDS and Autism is a unique presentation of ideas and insights from a retired civil engineer that examines several diseases, their effects on humankind and the world, and potential treatments to eradicate them from society forever.

Ronald L. Besser is a retired executive administrator for civil engineering firms who graduated from York College. Today, he enjoys writing and studying history, both past and present. Besser resides in Pennsylvania. This is his second book.