Global Warming: Can It Be Stopped?

The Science, Psychology, and Morality of Climate Change 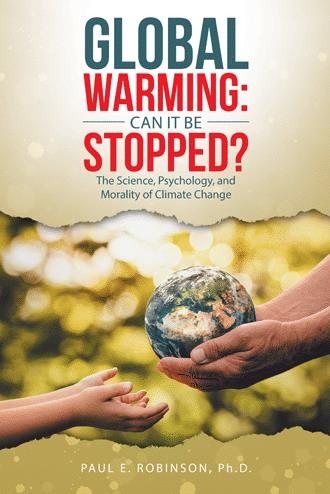 Our response to global warming is influenced by another psychological phenomenon two researchers, Troy Campbell and Aaron Kay, call “solution aversion.” They define solution aversion as the tendency people have “to resist or deny the problem when they are adverse to the solution.” That was witnessed during the coronavirous pandemic when thousands of young people were partying on the beaches in Florida and Mexico or when people refused to social distance or wear a mask when they went out into public. It is also what we are seeing among people who resist or deny anthropogenic global warming.

I suspect most of us would agree that the solutions to global warming are not desirable. Solutions to global warming affect so many aspects of our lives adversely. To reduce the amount of CO2 we release into our atmosphere requires we vastly reduce our use of fossil fuels. That would require we change our lifestyles drastically—how we heat and cool our homes, what and how we drive, the food we eat, our use of leisure time, our recreating, and so many other things we have come to expect and enjoy. Our lives simply would not be the same if we all took global warming more seriously.

We would have to sacrifice our self interests for the sake of others, others not even born yet. Sacrificing is difficult especially when there does not seem to be any compelling self interest to do so. One thing the coronavirous pandemic taught us, however, is that people are willing to sacrifice and even risk their own lives when they consider it necessary or their duty. Many heroes emerged during the coronavirous pandemic. And, yes, of course, the coronavirous pandemic brought out very selfish behaviors too as when people hoarded more than they needed or tried to make a profit off of life-saving items such as gloves, gowns and face masks. Yet, it is also true that many people are basically unselfish when the chips are down. When we know we must change and adjust many have the strength of character to do so.

The trouble is that many people do not see the chips being down when it comes to global warming. In general, we tend not to face problems until they are staring us in the face. If a problem can be ignored, it likely will be as we witnessed many doing during the coronavirous pandemic. In spite of the warnings and rising daily death toll, many went on with life as usual. In addition, it is hard for many to see very far into Earth’s future when they are struggling with every day issues like meeting the monthly bills or dealing with a serious health issue. This is understandable. No one wants to add another problem, another stressor to their list if they don’t have to.

This tendency to protect our self interests is a necessary part of our human nature and actually essential for our survival; thus, we should not judge ourselves harshly. As noted above, many can put aside their own self interests and be heroes when the situation demands their very best. Our political, religious, economic and personal self interests are important to us and are hard to abandon or give up.

It is when these powerful motivators prevent us from considering the common good and facing the truth about a matter that we should worry. When our self interests cause us to hold onto false beliefs and engage in destructive behaviors they have become a problem not only for ourselves, as in the case of global warming, but for others a well. A belief in anthropogenic global warming challenges our self interests like few things do.

For example, politicians worry about being re-elected. Re-election requires towing the party line or at the least not taking positions that run contrary to one’s electoral base. This is obvious everyday in Washington as this administration attempts to gut environmental regulations designed to protect us. Few Republicans object to the administration’s actions against the environment. Fortunately, as the public begins to accept anthropogenic global warming, more and more politicians are shifting their position on global warming in response to its wider acceptance. But, too many are still adhering to the party line as set by the leader.

In addition, it is the interest of some, but clearly not all, evangelical, conservative Christian groups to deny climate change. Pastor Robert Jeffress, for example, a member of Trump’s Evangelical Advisory Board, speaking on Fox News said: “Someone needs to read poor Greta (note the derision of Greta Thunberg here) Genesis, Chapter 9 and tell her the next time she worries about global warming, just look at a rainbow. That’s God’s promise the polar ice caps aren’t going to melt and flood the world again.” Acceptance of the science of global warming would elevate science to a position that threatens other conservative core beliefs like the sinful nature of homosexuality or evolution of the species.

The reverend’s comments represent a blatant example of global warming denial. His assertion that God is the final arbiter of Earth’s and humanity’s fate not man himself is a danger not only to our health and wellbeing but also that of the environment. Such denials must be challenged and exposed for what they are, a threat to ourselves and our planet.

Polls show that many evangelical Christians are aligned with conservative politics opposing the teaching of the theory of evolution in schools, gay rights and abortion. Since the founding of the Moral Majority by the late Rev. Jerry Falwell, there have been close ties between the two groups. Many align themselves today with Trump who has claimed global warming is a hoax. Among some who do believe in global warming are those who believe that global warming will have only moderate effects. To accept anthropogenic global warming would betray their conservative religious and political beliefs and risk their standing in that group.

Science tells us global warming is real, but too many people are living their lives as though we have an eternity to address the impending global crises.

Even the COVID-19 pandemic has failed to get the world to grasp that it is best to address a serious threat to our health and well-being sooner rather than later. The time to act is now – not when the problem is practically irreversible.

Paul Robinson, Ph.D., a psychologist and former science teacher, explores the science of global warming in a question-and-answer format that anyone can understand. He answers questions such as:

• How do scientists collect data on global warming and is it reliable?
• How hot is the Earth becoming?
• What is causing the Earth to warm?

Robinson also explores the psychological and moral substrates of the problem, recognizing that facts do not always change people’s minds. He makes the case that global warming is a moral and spiritual issue.

Get answers about global warming and what we can do to preserve the quality of life for generations to come.

Paul Robinson, Ph.D., is a former science teacher and has been a psychologist for fifty years—and a student of science even longer. He cares deeply about the future of Earth and the quality of life for future generations. As a psychologist and a former science teacher, he brings a different perspective to the issues of global warming and climate change.