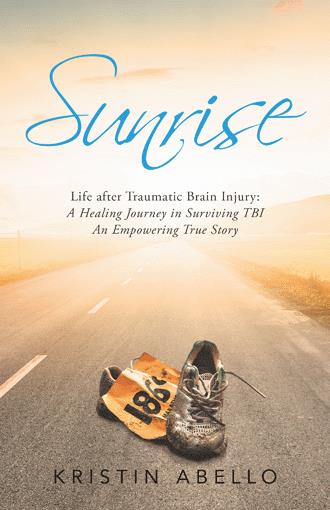 It was my first triathlon. This was the summer of 1999, and I was escaping from Alcatraz. I, Kristin, at age twenty-four with a lot of things to achieve, as young people say. The life I had those days, now that I think of it, was different running routes (something based upon choices or running… instead of origami or you tell me) I could have chosen. I was free to go left or right or any direction. The doors to life were open to any direction I chose. Because I was free. Before me was a notoriously ominous Alcatraz penitentiary, behind me was the city of San Francisco. Before me was a triathlon I had never attempted before, behind me was a broken-off fairy tale engagement. Before me were questions about what to do with this burning ambition for a positive life, behind me was a four-year bachelor’s of science, from Stephen F. Austin State University. Life stretched before me, like I was stretched in my wetsuit and thinking, what have I gotten myself into? Why was I doing this? I had been working two years at the Texas Children’s Hospital as an exercise specialist and I sort of considered the job a thrill. I was working on teams with occupational and physical therapists, dieticians and medical doctors. I had a lot of respect for all the people I worked with. Just previously, it had been an uphill battle with my broken engagement and now, today, I felt I was embarking on a new life at this point in 1999. I told myself that my failed engagement to John was for best. It had to be. I had to move forward and not look back. We argued too much and got along too little. I don't remember feeling the love as much as I should have in our young college love life. This sister life I could have had was gone. Remembering our engagement party in Huntsville, Texas was confirming this true affirmation. My entire family, the Salerian side from Potomac MD, San Francisco, parents in Saudi Arabia, dad was and is in oil, my friends from Houston and Dallas and SFA, his family, his friends, everyone had traveled from all over to be here for this so-called joyous occasion. John was always a sincere guy, but for some reason or another, we knew that it wasn't going to work between us. Unfortunately, our downs outweighed all of our ups. If all this was happening at such a young age, who knows what would lay ahead. I remember the night we broke it off, the both of us were talking at dinner. Our sense of truth to one another had spoken and like a solid transaction, I gave him back the ring at dinner, I had peeled the engagement ring off of my ring finger and left that space blank, how it originally was all of my young life. "We can't do this anymore”. He agreed, clasping his lips. At this very moment, two young hearts were being set free. I was twenty-four at the time and I knew my own heart, mind and soul. I knew my likes and dislikes. I’d say I had a pretty strong grip and focus of myself. My love for life, at an early age, always shined. I always loved to exercise and play sports, since my early Aramco days in Dhahran, Saudi Arabia. I did club sports in high school in the heartland of Katy, TX where I went to Taylor High School. During college in Nacogdoches, Tx at Stephen F. Austin State University, I would play intramural sports, workout at the nearby gym, run the stairs at the or run the football stadium or ride bikes in town with my dear friend April. I was always doing something but had never done any “official” races. Nor had I even tried too. My young mind was focused on my friends, boyfriends and living the college life. A positive Social life was always imperative to me. Graduation came and went and my engagement had failed, my internal compass and burning desire to do some sort of race at this point in my life, soon overwhelmed me. The feeling of wanting and needing to circle back to gain clarity on life via exercise was speaking to me. One Sunday morning I found myself looking at races in the San Francisco area because my brother Sy lived there. To me this was Sy’s City. Whenever San Francisco was brought up I immediately paired it with my brother. I came across The Alcatraz Challenge and it grabbed my attention. “Perfect” I would exclaim to myself. It was at the end of summer, leaving me four months to train with a visit to my brother, as an added benefit. I quickly registered. It was a done deal. I was signed up for my first official race. “This was meant to be”, I would say. With combination workouts of at least five days per week, a few hours per day, I felt I was working out the unresolved excesses from my budding twenty-four-year old mind. Jobs, races, a free single life—I could pick and choose whatever I wanted. That Alcatraz morning, the horn blew loudly in the early morning fog. All of us triathletes were standing on the edge of the boat ready for the dive. I said my prayers, asking for courage to make the massive polar bear plunge into the arctic waters, an ice-cold 50 degrees in the San Francisco Bay. Wet suit ready and swim ready, I was not going to be the first to make the dive, but certainly would not be the last. Feeling nervous and not believing I was about to make the dive into the freezing water.

In 2002, while on a training run in Houston, Texas, with her husband, Raul, in preparation for the Marine Corps Marathon, author Kristin Abello was struck by a car. As a result, she sustained a traumatic brain injury and other physical traumas. The initial consensus was that she wasn’t going to survive. In Sunrise, she tells her story of faith, love, hope and healing from TBI. While a love story, it is also the true story of her fight for survival. She and Raul were a young couple in love when the catastrophic car accident nearly pulled them apart. Abello tells how the support and prayers of her husband, family, and friends formed the basis of her miraculous recovery.

Kristin Abello has worked both at Halliburton and Texas Children’s Hospital as an exercise specialist. She also serves on The Institute of Rehabilitation and Research family (TIRR) board and advocates for patients with neurological and brain trauma. She is the founder of “Two-Step with TIRR” and “Go Western” and philanthropist. Abello engages in running, walking, yoga and enjoys the outdoors. She loves to travel and is always up for any adventure. She and her husband, Raul, have two sons, Jacob and Colin and live in Houston, Texas with their Golden Retrievers Max and Lucy.