The Way of the Buffalo 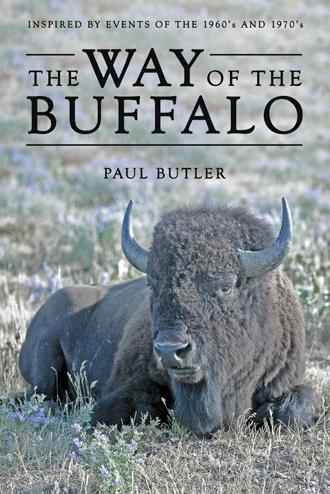 December 20th
I had just walked out of my sleeping quarters when Jerry came flying down the walk.
“Were in trouble. I just caught six guys sniffing paint and Junior tried to do me in with a razor blade. Cover Fox.”
He ran by like an apparition from a dream.
“You going to get Lem or Doc Save?”
“Lem took his wife to the hospital and Save isn’t home,” he disappeared.
I started down to Fox dorm and heard, “Hey, who is dat?” the big Yaqui asked.
“Me,” I started toward the window and saw what appeared to be a big St. Bernard (Junior) barking and whining. There was fear in his eyes.
“Who is dat?” he growled again.
“It’s me,” stepping closer, “I hear you got into some trouble tonight.”
“Who tol you dat?”
“Jerry.”
“You mean about da sniffin’,” he smiled, hiding his anger and fear.
“Yeah and about you gettin’ outta hand with the razor blade.”
“Well, he made me.”
“Maybe so but you can’t lose your cool like that.”
“Why? The whole staff gonna come down here now,” once again filled with alarm.
“No, fortunately there’s nobody here right now. Everybody is gone. Man, you cannot do that kind of shit. That is against the rules of the game. You better get yourself together and tell Jerry you’re sorry. You better cool it right now and not dig yourself deeper in the hole.”

Jerry came walking back with Tim, who had been in the photo lab.
“I’m sorry Jerry,” and a big hand came out of the window which Jerry shook.
“You want to give me the razor blade too?”
“No, I won’t do dat no more, but here I’ll give it to you,” he reached in and carefully handed the blade to Jerry.
In a way it was funny how big bad Jerry had run off for reinforcements and could only find little Tim who is not physically capable of reinforcing anybody. It’s understandable that he did come into a state of shock after being lunged at by a two hundred pounder like Junior out of his mind on glue but to see the “heavy” return with the lightweight Tim in the situation was somewhat comical. Junior was expecting the whole camp to converge on his room.
When I talked to Junior it was like I was telling him what to do to make it easier on him. I wonder if I was really helping? All I can rationalize is that he was listening and evidently thought it was right because he did it. It was like his head would not let him THINK. His thoughts were muddled, uptight, in trouble and confused. The point is he did snap to it long enough to apologize to Jerry.
After Jerry and Tim went in to talk to Junior, I went into Fox dorm. I saw Kalvin and told him he had better stay in the dorm. He was distant. Something was bothering him. He asked me if I had the master key so I could open his room. He had lost his key. I did not and told him I would see if I could get one. I did not suspect anything of Kalvin at that time, so I did not push it. For that matter he did not know that I knew anything had happened, period. All I did know was that some guys had been sniffing paint. Kalvin left for the recreation hall.

I walked back into the dorm and it was quiet. Then Eli, Merle and a Pueblo named Steve went into Steve’s room. I went in and told them to leave the door open as some trouble was going around tonight and that was how it had to be. Eli looked me straight in the eyes (which is a rarity with most of the guys) and told me he did not sniff and that they just wanted to talk.
I told him OK. His look was honest, and it felt right to give him my trust. It felt right but I do not know if it was right. I think Merle and Steve wanted his advice.
I still do not know if I am communicating with these guys. It is so strange. Sometimes I know I make contact, others I am completely out of communication. Like I am talking to somebody who knows a little English and occasionally I will use some vocabulary that the other person knows and from the response, we both know communication has been made. Other times I will be speaking English and it is like they are speaking Polish.
Anyway, the three went into Steve’s room and closed the door. A bit later I knocked on the door to ask Steve if he would come into my room for a moment. When he came in, I told him I knew he was in some trouble and wanted to help him. He looked at me suspiciously but said nothing. I told him if he was in trouble not to make the situation worse by running away.
I was just about to leave when Jerry busted into the room.
“I wasn’t sniffin!” He finally put it into the open.
“You’ve got to learn to play the game or you’ll never get out of here.”

In America’s sixties and seventies, Jack is working in a minimum-security prison for young men when he meets Marlon—and Marlon has a story to tell. Spared the horrors of a hardened adult prison, he is forced to accept his current situation while telling Jack a bit about himself.

He and his friends ill advisedly stole a car and rolled it along while drinking. Their theft concluded in an accident. People got hurt, and Marlon fled. The next morning, though, the reservation police arrived at his home and arrested him, which is how he ends up talking to Jack.

Marlon’s reservation houses about two thousand American Indians. By day, his neighbors are all for peace and love; at night, when they get drunk, violence spreads. It’s a horrible way to live, forcing Marlon to struggle with his identity while fighting racial inequality. The Way of the Buffalo offers a fictionalized inside look at this tumultuous age of flower power through the eyes of a Native American youth who can’t find meaning in a crazy world.

Paul Butler started his career as a substitute teacher in Chicago. He was also a corrections officer and eventually helped youth find jobs working in manufacturing in the Chicago suburbs. He attended the inauguration of John F. Kennedy. He uses the phrase, "Ask not what your country can do for you - ask what you can do for your country" as his life compass.