Hate the War Honor the Soldier 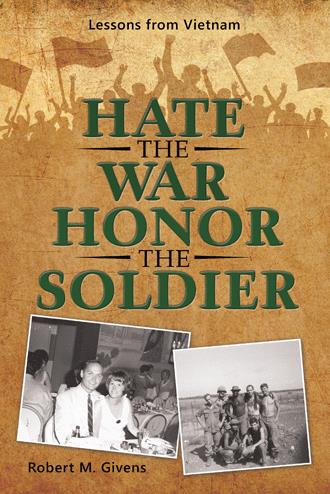 On July 22, I boarded a Seaboard World Airlines 707 commercial jet at Travis Air Force Base located between San Francisco and Sacramento, California, headed for Vietnam. I was told there were some war protesters surrounding the base, but I do not remember seeing any of them. I was paying full attention to my wife as we held each other closely and repeatedly hugged, kissed, and then, through tear-streaked eyes, said goodbye. This moment of leaving Connie was incredibly difficult. Even though we had months to get ready for this day, the separation was terribly painful because there was no way for us to know how this saga would end. The daily death count of Americans was apparent to everyone who watched the news or read the papers. Connie and I never dared talk about or even openly considered some kind of horrible ending to this tour of duty but, of course, we knew the unthinkable possibilities. And one year― fifty-two weeks― seemed like an eternity. If there was a plausible alternative to getting on this plane, I might have taken it. Leaving my wife to go and face unknown dangers for the next twelve months was the last thing in the world I wanted to do. We both realized we would not see each other for a very long time. The most we had been separated in almost two years of marriage was for two days. I turned and slowly waved goodbye to Connie, trying my best to appear strong and confident. She drove away with her parents who had come to California to take her back to Illinois. Her childhood residence in Rock Island, Illinois, would be her home for the next twelve months. Although we never spoke the words, neither of us were sure at this moment that we would ever see each other again. 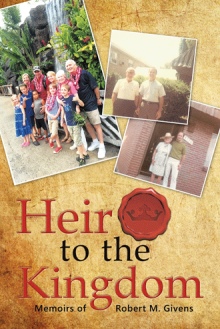 Robert M. Givens grew up in the Midwest, graduating in 1966 from Millikin University in his hometown of Decatur, Illinois, and from Indiana University in 1968. He married his college sweetheart, Connie, and by age twenty-four worked as assistant to the dean of students at the University of Connecticut. His wife was a schoolteacher, and they both were hopeful that his job at a respected university and his age would help him avoid the draft.
However, as the US increased its military involvement in Vietnam, more bodies were needed to fight in this unpopular war. Robert received his draft notice in early 1969, and, after five months of training, he was sent to serve in the infantry in South Vietnam.
The war experiences were intensely personal for Robert. He thought his education somehow made him intellectually superior to most soldiers; he thought his age and marital status gave him some vocational privilege; he felt secure in his religious agnosticism. All of these views were challenged during his time in Vietnam. The war-time experiences were life changing for him. He and his fellow soldiers came home from a war in the fields of Vietnam to a war of protests raging in the streets of our cities. This story tells in poignant ways how these experiences eventually reformed Robert’s life including a new-found faith in the Lord. And years later, he found heroes who emerged and encouraged him and other returning soldiers, helping both them and our country to heal.

Robert M. Givens is a Vietnam combat veteran and a storyteller at heart. He is a retired business executive and the co-founder and former CEO of a publicly traded software company. He lives in Andover, Massachusetts and Southwest Florida, with his college sweetheart and wife of fifty-three years, Connie. They love spending time with their children and grandchildren. He is also the author of Heir to the Kingdom: Memoirs of Robert M. Givens.