Shaping the Future of Global Leadership

by Salar A. Khan MD MBA 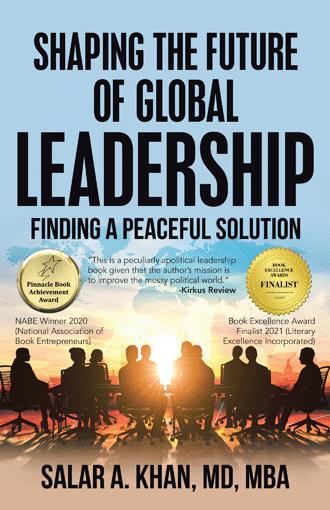 I will start by explaining my faith to help readers understand how I approach the world. Muslims believe that the Holy Book, the Quran, was revealed about 1,400 years ago to Prophet Mohmmad (pbuh) through the angel Gabriel over the period of twenty-three years. It serves as a source of law, moral lessons, and justice. Above all, it is a reminder of the responsibility that is expected of humanity.

Other holy books function similarly, including the Bible and the Torah. Socio-legal organizing principles were revealed to be implemented in the world for the justice for all. God gave us power in the world to determine the quality of our deeds whether they are good or bad. The freedom to choose has been given to us by God. We can choose to live with honesty and justice or corruption. We can seek wealth and power or spread bloodshed and chaos. The consequences are not limited to mass homicide, family suffering, orphaned children, and disabilities—including posttraumatic stress disorder (PTSD)—among civilians and soldiers.

In today’s world, various global organizations have adopted and implemented different systems to run their countries. They have advantages and disadvantages and no remarkable success. The world’s governmental systems are collapsing due to injustice and dishonesty by the global leaders who are mostly incompetent, selfish, and egoistic.

Many global leaders do not value human life. Many are involved in corruption and selfishness. They do not value the people in their own countries or around the world. Some leaders are mentally ill and should have been evaluated prior to taking their leadership roles. We must develop a worldwide system to educate and train these people before they participate in the election processes. They need to have the basic competencies for effective governance to avoid unnecessary bloodshed in the future. Leaders are transient, and they come and go based on public opinion. Many leave behind damage that the next leaders have to clean up. In many cases, the new leaders make things worse. In the end, we all suffer. 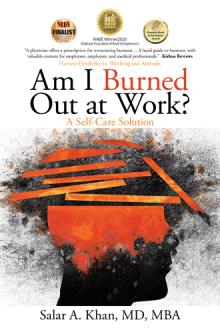 Leaders have come and gone, but few can be considered exemplary. War, destruction, and political corruption run rampant in the world. A wake-up call is needed to tackle the increasing polarization among nations from various unresolved conflicts. Leaders with sound morals and character must rise. In Shaping the Future of Global Leadership, author Dr. Salar A. Khan explores how to develop the mindset of a leader and train and select these people to create a more peaceful and just world.

He reviews failures of the current leadership system and presents ideas for creating a new, independent global leadership organization (IGLO) that will generate standards for best practices and accountability for any wrongdoing among leaders. Khan demonstrates how this organization creates a system by which global leaders must undergo a thorough mental evaluation, personality and values development, and basic knowledge before engaging in the election process. In addition, he proposes a screening tool identifying global leaders with the highest chance of functioning well in making high-level decisions that impact the course of nations.

Shaping the Future of Global Leadership demonstrates that by identifying and training the right leaders, we can work together to make the world a better place to live, one in which society is more harmonized and regulated.

Salar A. Khan, MD, MBA, has been a director of research compliance in Chicago since 2009. He’s served in many roles: physician, pulmonologist, chief of medicine, interim director of medical services, interim hospital director, associate professor of medicine, surgical assistant, research administration portfolio manager, merit grant administrator, and others in Pakistan, Saudi Arabia, and the United States. Khan, his wife, and two sons live in Chicago. This is his third book. Visit him at: www.doctorsalarkhan.com.