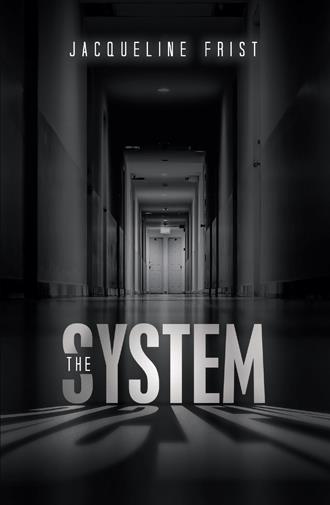 I started back at my door again, looking at the pale gold 8 that was printed on the door.

I suddenly remembered that number was given to me as an identity. Welcome to the program, Number 08. Here is your room.

This place was for a program? I guess that could make sense as to why I was in a facility of sorts, but what for? These were just more questions I needed to ask the others here.

I crossed the corridor to the room across from me, number nine. I gingerly pushed down on the handle, and the door cracked open, unlocked. I peered in nervously and found a nearly identical room to mine. The only difference was that it seemed like no one had ever touched it: the room contained no personal belongings, and the bed sheets were smoothed out.

I quietly shut the door and tip-toed down to the next one, which was slightly open. Peering in, I saw that someone had stayed there, except no one was there currently. My senses came back to me and made me aware that I was entering someone else’s room without permission, so I hastily backed out of the room and shut the door. Where were my manners? Maybe I should have started knocking after all.

I looked at the hall that stretched out before me. I wondered if anyone was awake in their rooms. “Hello?” I called out softly and paused. I was unsurprised when nobody called back in return, but it was worth a shot. A tired sleeper might be angry for being woken up, but I needed answers. I went down the next few doors, knocking before I looked in.

Giving up began to seem a suitable option, as I was just going door to door like a girl scout with sour neighbors. Things changed, however, when I got to number fourteen and opened the door. The smell was extremely pungent now--I must have found the source. The room had a terrible scent of expired food, specifically meat. It was so bad that I almost wanted to gag. How could someone live like this?

This room was another one that was lived in; except this time, there was a person in the bed. I let out a little sigh of relief. Finally, I thought, another actual human.

Pushing through my reluctance to enter the smelly room, I inched forward a bit and tried to talk again. “Hello? Can you help me? I’m really confused…” The person still didn’t budge. He was lying on his stomach, so I walked forward and shook his shoulder a bit. He must have been a heavy sleeper. I felt creepy, being in someone else’s room like I was, but I was becoming increasingly anxious to find answers. Despite every cell in my body telling me not to be bothersome, I had to break my own rules a bit.

“Hey, wake up,” I said louder this time while shaking his shoulder harder. “Come on. I need you to wake up, I need help.” I grew irritated. “Wake up!” I nearly yelled, drawing out each word. Having to do this was ridiculous. Eventually, I stopped shaking him and let out a sigh. I wanted to leave the room as quickly as possible, because the scent was extremely unsettling. I considered hitting him with a pillow, but that seemed far too past the line. How hard is it to get out of bed these days?

After losing patience, I decided to bend down and flip him over onto his back. Perhaps turning on a light would wake him once he was face up. When his body turned over, though, I realized my huge mistake. Now, I was able to properly see his face and his neck. Now, I knew the true source of the smell. Oh no.

His bloodshot eyes were wide open; his neck had bruises all over it from someone’s strangling hands. I gasped and slapped my hands to my mouth, holding my breath. My heartbeat spiked up. No, no. Every nerve in my body prickled with fear. I reached forward with a shaky hand and put two fingers on his neck to check his pulse. Nothing. My mouth opened to scream but no sound came forward. My trembling hand went up to my neck as I stared at the marks from someone’s fingers. The other covered my gaping mouth. I felt like I was frozen on the spot. No part of my body moved, except for my wide-open eyes that blinked as they filled with tears. I stood there, unable to move my feet, hearing my breath turn shallow and quick. I began to make choked wailing sounds, not even being able to properly cry.

I shook my head with a slight movement and the weight of the situation filled me with sudden dread. I backed out of the room as fast as I could, not being able to take away my eyes from the horrible sight.

I shut the door as soon as I passed the threshold in the doorway. I flew down the hallway without even thinking about anything else. I wanted to cry. I squeezed my eyes shut and opened my mouth to scream out, but no sounds came forth.

Why was I even here? What was going on? I began hyperventilating, and the walls seemed to be closing in as I felt my heart burning. This isn’t right this isn’t right. I don’t understand what is happening why is this happening?

I realized I was having a panic attack. I needed to get the hell out of here. I dashed into my room, shutting myself in from the horrors outside. 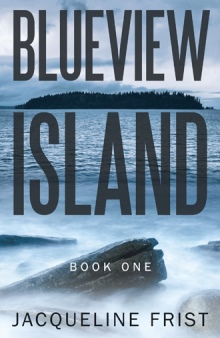 Sam wakes up and can’t remember anything. Has she been in an accident—a car crash, perhaps? She’s also in an unfamiliar place. She could be in a hospital. In the darkness, she concludes it must be a hospital. Surely a nurse will come check on her any moment, right? No, something was definitely wrong with this place.

With no memory of how she got there, Sam slowly begins to panic as she realizes she is trapped in a strange facility with no escape. To make matters much, much worse, a murder has taken place.

There is no one to trust and danger around every corner. If Sam isn’t careful, she’ll end up the next victim. She must find a way to survive, but the only way to do that is to regain her memories. Sam has to uncover what’s really happening in the facility and how she got there in the first place. It’s her only chance to find freedom and live.

Jacqueline Frist is based in Nashville, Tennessee. She wrote The System as a story from a teenager for other teenagers. Frist is now planning to attend college. She is also the author of Blueview Island.