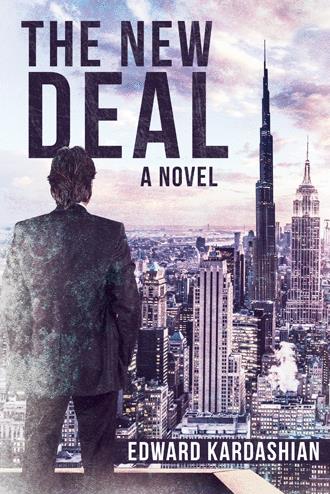 As far back as I can remember I had always wanted to become a superstar. Not a sportsman or an actor, not that kind of fame. But I had always wanted, for some reason, to do something big and be remembered for it forever. What if I would tell you that I have achieved my dream of becoming a big shot through improving the American economy? Would you crucify me for that? Probably not! But what if I would tell you that I have used unorthodox means to attain that goal, would you still be appreciative or would you send me to prison if you had the power to play God? My name is David McClurry and I am an inmate at North Camden maximum security prison in North Camden, New York. I am writing to you from my prison cell which I have all to myself since I am in solitary confinement. Being who I am, the former Dictator of the United States, they couldn’t put me with the general population for fear that somebody would try to kill me and get their fifteen minutes of fame in the process.

But I can’t complain. I kind of like it here in the segregation unit. The day room is filled with society’s cancerous cells which, having been deprived of their p53 tumor suppressor protein, won’t commit suicide. They’ll hang out until they kill their host. Anyway, I can’t spend all my time scribbling my memoir. I have to find a way to get out of here for I will eventually set myself free. There is this corrections officer who has the highest respect for me and for cause. I turned everything around. I made our country whole again and this is what I get in return? All that bullshit ain’t working out for me but, fortunately for both the land of the free and yours truly, I will come back. I promise. Meanwhile, it is dinner time: pork chops with mash potatoes, like they always serve on Mondays. Taste like hell. My favorite officer is coming with my food. I’ll talk to him now. I’ll see you guys later.

“It’s hard to tell at this point,” the driver replied.

“Just to give me an idea, I have a very important meeting.”

“I really can’t tell. Usually in this area at this time, we’re home free,” the driver said.

“I have no clue,” replied the driver.

David McClurry decided, instead of sitting in traffic, to pay the taxi driver and to finish the remainder of the trip on foot which would probably prove to be faster. He asked the driver:

He got out of the cab and started heading on foot towards Andraÿk Boldurek University on Broadway. The Russ Tutling School of Engineering was his destination. David looked at the heavy traffic going north, the same direction in which he was going. On the other side, not a single car passed by. He tried to look ahead to see if he saw anything that would be blocking the traffic and causing a jam this bad but didn’t see anything.

It didn’t matter at this point because he only had few more blocks to walk before getting there. David was a computer hardware engineer. He had been working in robotics as of recently where he had been designing the hardware for domestic help robots which had been immensely popular. The company for which he worked had sold millions of units of those robots for domestic use. That was, of course, before the current deflation.

This morning, however, he was not looking into domestic robots. He was giving a presentation before the department of commerce. The US economy was currently in the trash and the effects of market globalization could be felt more and more. People were losing their jobs and they were unable to find anything else. This was nothing new. This had been the trend for the past forty years now. It was just going from bad to worse.

David finally arrived at the engineering department where he was going to meet with a panel of three people from the US department of commerce. He had been requesting government grants for years to exploit a new technology that he had been working on. So far, he had always been turned down as far as government grants were concerned.

David entered the building by the main door. This was where he had studied, back in the day. It had been thirty somewhat years now since he had graduated with a bachelor’s degree in computer hardware engineering. He had quite a background on his résumé. As soon as he had graduated, he worked for video games companies. He designed, along with other engineers, the hardware for the last two generation of video game consoles. The latest video game console was so advanced that it was now played using a helmet.

It gave the impression to the player that he was actually there. Things were going very well for David until the economy collapsed. The US economy had taken such a blow with the subprime mortgage business that it all went down: the economic recession of 2025. What was next for the United States? Initially, the video game sales were still doing well while the country was in recession. However, the sales kept going down gradually. Game companies were no longer selling anything, whether games or consoles. The company eventually had to lay everybody off and filed for chapter eleven, bankruptcy, when it went bust.

In times of recession, people didn’t really have the time nor the money to play video games. All their time and energy were dedicated to survival. David then turned to domestic robots development. He had initially taken a contract to work on military robots but then the contract that the company had with the army ended and wasn’t renewed. The US government wanted to concentrate its efforts on bringing the economy back on its feet instead of investing in war equipment.

Some years later, in late 2034, the economy, again, took another plunge. It moved from recession to deflation and, ultimately, almost entered a phase of depression. It was the first time ever that it would go that low since the great depression of 1929. Back in that time, around twenty-five percent of the population was unemployed. This time around, it didn’t go any higher than fifteen percent, but the damage was unbelievable.

No need to explain that the sales of domestic robots went down the toilet and David found himself out of work once more. Even though he worked in the engineering field which was highly specialized, it remained subject, just like any other field of employment, to the economy. If there was no demand and even if you were extra highly competent, like Erwin Thomas, you were still going to find yourself out of work. Regardless of this, he had been working on his own in perfecting a technology for which he had just obtained a patent. That was this technology which he was going to pitch that morning before the department of commerce, trying to get a grant to undergo production. The school hadn’t changed. The lobby still looked the same. As David headed for the presentation room, there was still the same artwork on the walls displaying some hardcore math formulas. 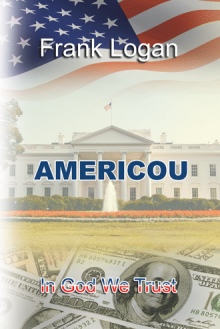 David McClurry presents his latest invention, a type of radio-frequency identification (RFID) device before the department of commerce in June of 2035. Though very interested by the potential applications of this new hardware in an effort to improve the American economy, the department decides to pass on David’s project. Their decision prompts him to try his luck in politics and launch his own political party three years later. Notwithstanding the lack of campaign and advertisement funds, McClurry runs for President in the fall of 2038. His political party in limbo after an unexpected arrest and beaten by John Morey of the Democratic Party, David is sentenced to ten years in federal prison for having avenged the murder of a friend. As Morey comes across David’s project the following summer, he sets him free from prison temporarily and asks him to run The Chip, hopefully improving the economy. Aware of Morey’s scheme and unable to fully carry out the Democrats’ plan, McClurry becomes the new Dictator of the United States and the new leader of an unprecedented post-capitalist world.

Following the success of The Confabulators, Edward Kardashian comes back with his second novel, a political sci-fi story, which couldn’t be any closer to the current state of affairs in politics as well as emerging technologies in computer hardware. Having obtained a Ph.D. in the field of mathematics with a thesis on the Riemann Hypothesis, he works as a hedge fund manager for one of the top firms in Manhattan while writing techno thrillers in his spare time. He currently lives in New York City.