Southern Nostalgia and Other Shenanigans 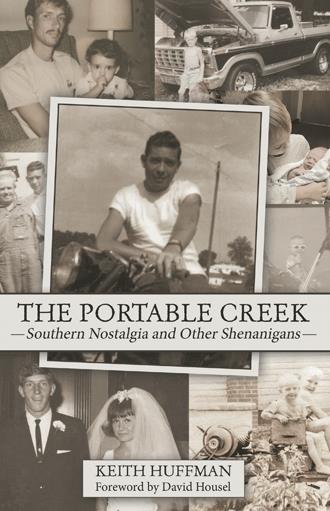 This is a family memoir, of sorts, told one newspaper column at a time, a variety of memories stitched together like a patchwork quilt.

If anything, it’s a heartfelt tribute to the family and folks who matter a great deal to me. Some are gone, some are still living, but I can help preserve the memories and stories they shared with me while I was growing up.

At least, this is what I’ve had in mind since I started contributing feature columns to newspapers and media outlets, most particularly the Opelika-Auburn News. I’ve been blessed with the opportunity to tell personal stories about myself and the people who made—and still make—meaningful marks on my life.

I grew up in the West Alabama town called Gordo, a Spanish word meaning “fat,” in Pickens County. Established in 1898 and located smack-dab between Tuscaloosa and the Mississippi state line, it’s home to the Gordo Green Wave and a handful of country folks who cherish everything a chicken has to offer, a good fish fry, baseball, and of course, football. Similar to Crimson Tide fans’ battle cry—“Roll, Tide, Roll!”—Gordo athletic loyalists routinely chant a slightly modified version throughout football season: “Roll, Waves, Roll!”

This is my heritage, and I look back on it fondly, as do the folks who shared these memories with me. They’re also to blame for inspiring me to seek out and tell other people’s stories across West and East Alabama, some of which are featured in the second part of this book.

My folks certainly made growing up in a small town an extra-special experience, and I love them for it. This is my way of repaying a mighty big debt.

“This is a family memoir, of sorts, told one newspaper column at a time, a variety of memories stitched together like a patchwork quilt.”

So writes columnist Keith Huffman in describing this nifty collection of Southern essays that pay tribute to a charming bunch of characters who personify small-town life. Reflecting on his childhood in the West Alabama town of Gordo, Huffman shares the stories and memories of the folks who made their marks on him, including:

• Pawpaw Buck, the ornery-though-lovable old coot, whose dying wish was to get baptized by the very country preacher who’d been damned determined to save his soul for decades;

• Doe Doe, the author’s father, a Crimson Tide fanatic and big-rig ace, whose One True Love was a black and silver 1979 Ford F-150 that flaunted its glorious name across its gleaming windshield: Silver Bullet;

• Mawmaw Sue, expert remover of deadly splinters and master engineer, who once used a shoestring to keep a push mower running long enough to finish the job;

• Aunt Lorene, a beast of a card player, who lacked neither a winning hand nor mocking grin for her brother, Henry, the man who not only named himself but fulfilled an old psychic’s prophecy that he’d “go overseas and find a gold mine.”

Other stories involve bootlegging shenanigans, a drunken cage match with a wild cat, plus the author’s burned luck and bitter fishing tragedy. Huffman also shares about how he learned the fine art of backroad skepticism; his ongoing ponderings over how life as a turtle could have turned out; and his musings over the joys of fatherhood... proving that parenting is no easy task, especially when a young’un holds a grudge after dreaming his mother ate his dinosaur.

This collection also includes other newspaper features Huffman has written over the years, highlighting examples of Southern hearts, tragedies, and triumphs.

Keith Huffman is a licensed professional counselor who helps his clients cope with and overcome psychological hardships. A graduate of the University of Alabama, he also has worked as a journalist, writing for the Pickens County Herald and Opelika-Auburn News, where he contributes a feature column. Keith lives in Alabama with his family.