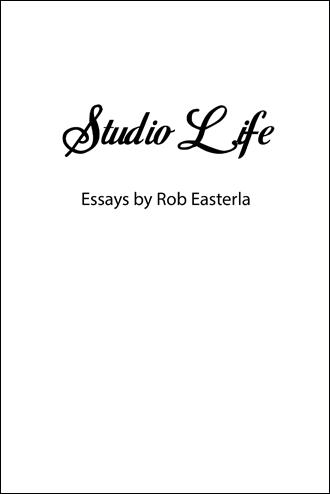 This true story follows the author’s discovery of the Hollywood scene, decadent and glorious, from 1980 to 2011.

“Established over a hundred years ago, movie studios in and around
Hollywood, California, still present themselves with a utilitarian modesty, despite the star-spangled hype of their own publicity machine. For employees who can stay out of trouble, studio life offers a simple, straightforward existence, overflowing with all the tangible qualities of small town America. Bicycles float cheerful worker bees to the mill and the mailroom. At lunchtime, carpenters and secretaries unite, chatting their way down tributaries to the commissary, where table-hopping percolates between studio hairdressers and studio brass.

A testament to successful evolution, life on the lot, to the casual observer, is a work-a-day world that embraces an American ideal, when the twentieth century was new. Guarded and gated still, dream factory communities carry their own torch, paying tribute to humble but spectacular beginnings. The traditions of an era are preserved to commemorate the halcyon days when movies were born.”

“Studio Life” tells of discovering a new world where normal rules do not apply; kings and queens who are above the law, and movie stars who live on a different planet altogether. Dealing with all of that is just another day in studio life.

Although established over a hundred years ago, Hollywood movie studios still present themselves with a utilitarian modesty despite the star-spangled hype of their publicity machines. For employees, studio life offers a straightforward existence that overflows with all the tangible qualities of small-town America. Bicycles float cheerful worker bees to the mill and mailroom. At noon, carpenters and secretaries unite in the commissary where table-hopping percolates between studio hairdressers and studio brass.

In a volume of personal essays and photographs, Rob Easterla details his ascent from nowhere to somebody in the Hollywood landscape as he clawed his way to the middle while crossing paths with celebrities such as James Spader, Debbie Reynolds, and Julie Andrews. While leading others into the trenches at Paramount Pictures, NBC, and Twentieth Century Fox, Easterla reveals the magic and horror of studio life from 1980 to 2011 as he labored within a world where normal rules did not apply and thick-skinned, fearless studio folk upheld a “can-do” attitude, even during the most challenging times. Through it all, Easterla reminds us that making movies is a singular art form that recruits only the most passionate, eager dreamers to participate in the process.

Studio Life is a volume of personal essays that reveal a man’s escapades as he galloped onto a Paramount Pictures lot in the 1980s and began an unforgettable adventure.

Rob Easterla marched onto the Hollywood scene at age seventeen, first as an actor, then as a photo editor for Paramount Pictures, and finally as director of the photo archive for Twentieth Century Fox. He has given talks at universities and institutions in the United States and England on the leading ladies of film and the 1963 movie production of "Cleopatra."