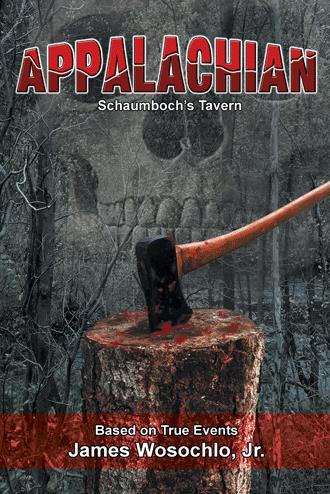 James notices the rifle Matthias is holding, “Nice Hawkins is it not?” Matthias is tightening his saddle strap, “It is a fifty caliber and she packs quite a punch”  “I need this for deer and bear in these parts". “Mind if I ride with you down to the valley and hunt on the way in case we see any deer?”  James hops on his horse, “Not at all, mind if I ready my rifle as well?” “I have a thirty caliber and would not mind dropping a nice deer myself.” “I can only use so much meat and would give what I do not need to you and your wife!”  Matthias gives soft kicks to his horse as the two begin to ride, “Great! Because I am not a good shot anyway” Matthias and James laugh.  The two head down the mountain and James gives one last flirt to Margaret as he tips his hat and heads down first. Matthias winks at his wife as if to tell her to behave and follows the Irish traveler. The two men make it down the mountain and deer go bouncing through the woods running.  The Irish man wants to give chase to be able to shoot first. He looks at Matthias and says, “Can I take the first shot?”  “Yes sir, I said I was a bad shot”, says Matthias as he holds the horse still.  The Irish man rides up and stops on his horse, he steadies the gun and fires. A deer falls dead and the smoke around his horse from the black powder clears. “I got one!” he yells in excitement.  Just then James looks back fifty yards at Matthias and sees that Matthias has his fifty caliber rifle pointed at him and before he can react, Matthias fires his rifle striking the Irish man mid chest and blowing him off his horse. The man falls hard to the ground and is laying there bleeding and steam from the warm air in his lungs is puffing out the bullet wound and his mouth as he is breathing his last breaths into the cool air.  The dying man also cannot move for his rifle, but it does not matter because he cannot shoot with it anyway since he just fired at the deer. The Irish man cannot even talk and dies as his last hearing of sound is that of a horse getting closer and the words of Matthias. “I am a great shot for gold teeth there fella, you did wrong by advertising them to well.”

The Appalachian Mountains have always been full of mystery, abounding in legends and bloodshed during the French Indian War and the Revolutionary War. However, from 1850 to 1889, a new horror haunted these lands. Secrets of devious deeds that were carefully hidden behind the walls of a tavern owned by Matthias Schaumboch.

In his two-room tavern, Matthias confessed on his deathbed to murdering eleven to fourteen people before he lost count. Rumors had already abounded as locals whispered about Matthias killing lonely travelers for valuables and then dismembering the bodies. There were even rumors of Matthias feeding his victims to unknowing guests at Schaumboch’s Tavern.

Only later were the atrocities confirmed when the property was purchased after Matthias’s death by William and Anne Turner. They began to find human skulls in the water wells and human bones on the property. Based on true events and local history, this is the story of America’s first serial killer. Even today, curious visitors can drive the lonely road to Hawk Mountain Sanctuary and view the tavern just off the road—at their own peril.

James Wosochlo, Jr. grew up in Schuylkill County, Pennsylvania. He has a love for history and owns an impressive collection of Native American and colonial artifacts found north of Hawk Mountain. James has spent most of his life as a production supervisor and served on the local Deer Lake Borough Council as well as Deer Lake and West Brunswick Fire Company until 2019. He is also former president of the State Society for Pennsylvania Archaeology. A founding member of Hawk Mountain Archaeology Society, and former president of the Forks of the Delaware Archaeology Society in the Lehigh Valley, Pennsylvania.