What to do when the Bank says 'No' ? How to survive and thrive with Private Lending. 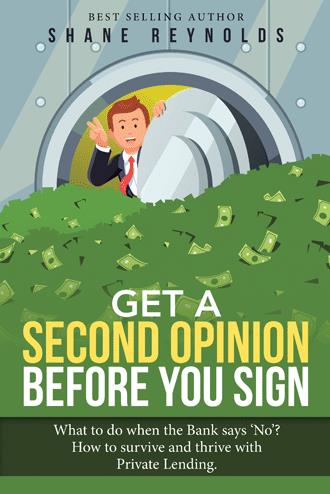 The outbreak of the Novel Coronavirus (C-19) was declared as a ‘Global Pandemic’ by the World Health Organization on 11 March 2020. We have seen global financial markets and travel restrictions and recommendations being implemented by many countries, including Australia.

Simply put our global financial system is on life support, in recent months we have witnessed what seems to be an abrupt halt to the global economy. Our most basic indicators of market movements (ASX 200 dropping to lows of 4,600 from 7,000 +), to our more telling indicators such as the VIX (Index which tracks volatility in the market - rising to 60%+ at one stage) are nearing GFC levels. One thing is certain, investors are uncertain.

The nature of this crisis differs from the GFC in two important areas. First, the global economy is absorbing this shock from a less than robust base because many countries and households are still recovering from the GFC hit in 2007-08. That includes Australia as evidenced through the country’s persistent underemployment, job insecurity, rising wealth inequality and stagnant household consumption. More startling is that many countries within the Eurozone, including in Greece, Spain, Portugal and Italy, have not recovered from the GFC at all.

The second point of difference is that, through C-19, the global economy is feeling the combined effects of shocks to both supply and demand. By contrast, the GFC was primarily a ‘demand’ shock. Households and industry pulled back on consumption, and the economy suffered as a result.

Under C-19, demand for some goods is thriving to the point where supply cannot keep pace – think medical supplies and basic household items (toilet paper, cleaning products, pasta, etc.). Compounding this supply shock is that production worldwide has slowed significantly as a result of lock-downs of whole regions and countries – the World Trade Organisation has estimated that global trade flows will contract by 32%.[28]

The Federal Government’s recent stimulus packages are a strong step in that direction, but will it be enough? The Rudd government injected around $40 billion in its initial response to the GFC. Given the current state of the Australian economy – with 50% of Australian businesses already reporting adverse impacts during March 2020 – a direct fiscal response is imperative, and that is what we are seeing, including this week’s welcome instalment of a $130 billion wage subsidy.

In designing and implementing the stimulus, a first priority has been a sugar hit through large cash injections to households and tax relief for businesses. Although both are helpful, such measures will only be effective if these dollars are channeled back into the economy through spending rather than pocketed to safeguard against an uncertain future. Our economy will only thrive when businesses are hiring staff and investing in new assets. But hiring and buying will not occur without direct, sustained cash flow support to households over the longer term, as it is household demand for goods and services that underpins strong economic activity.

Investors are hoping for what is known as a ‘V - shaped’ recovery, a robust upturn from the lows we are in, this is a best-case scenario. Realists however are expecting a more ‘U - shaped’ recovery, a recovery, nonetheless. Past pandemics have in no way near affected the markets in modern times to the extent that C-19 has, however these past events do leave some clues. In modern times the 1918 Spanish Flu crisis (only pandemic that compares) saw service-based businesses endure losses upwards of double digits.

The property market is being impacted by the uncertainty that the C-19 outbreak has caused; market conditions have changing daily through the pandemic given there is significant market uncertainty. According to the Bureau of Statistics’ most recent figures, Australia’s economy shrank by 0.3% in the March 2020 quarter. ABS chief economist Bruce Hockman said that the economy is seeing the “slowest through-the-year growth since September 2009”.

The property development sector is struggling under the weight of the high interest and unemployment rates. These problems are compounded by the global nature of C-19, contributing to a dramatic slash in foreign investment. A report by the Foreign Investment Review board reveals that residential and commercial property investments from China have recently fallen by more than 50%.

The reduction in potential investors puts pressure on developers who have financially committed to a project under construction. With market conditions such as these, open communication with stakeholders and creative solutions are vital to prevent a project from becoming financially disastrous. This is where workouts come in.

Our credit desk is seeing three types of capital during C-19:

1. Lenders who have temporarily closed or lowered their LVR’s (the loan to value ratio) substantially, preferring to see how bad the economy is going to be hurt before lending more, particularly large family offices.

2. Lenders who have decided to keep lending but at lower gearing and some have put in place higher pricing.

3. Lenders who were sitting on cash with an appetite to get back to business and have resumed lending.
We had a front row seat in the last financial crisis. I summarised the effect of the GFC in the previous chapters, there is no doubt at the time of writing this manuscript we are now in a recession. In the early months of C-19 we witnessed lenders either pulling out or changing policies daily however the present situation is going to take some time to become clear. The last crisis had a material impact in damaging the global banking system. When banks are in financial difficulty, it leads to a significant contraction of lending. 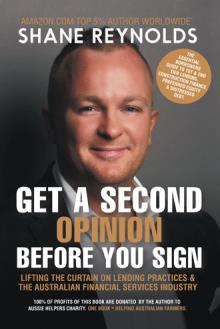 Get a Second Opinion Before You Sign
Shane Reynolds
$14.99

Get a Second Opinion before You Sign
Australia’s first book on non-bank lending and construction finance is indispensable for those working in the commercial mortgage field—as well as borrowers looking to obtain a mortgage.
Shane Reynolds, the CEO of Blessed Financial Services and president of Finance Broker Education & Training Australia Inc., covers the essential elements in the preparation of a mortgage application, the process for successfully obtaining a commercial loan, hiring professional assistance, dealing with private lenders and related legal problems.
In this guide, you’ll learn how to:
• avoid predatory lenders looking to make a quick buck;
• succeed in uncertain times, identify opportunities, and secure funding into the future;
• select a broker who’ll look out for your best interests;
• navigate various transactions.
Reynolds also explains the history of lending in Australia, the impact of the global financial crisis and Novel Coronavirus on Australian banks, and private lending products.
Filled with checklists, a glossary, and insights on where to go for more information, this complete guide to non-bank lending and construction finance is a timely reminder that what glitters may not be gold—and too much debt can swallow your financial legacy.

Shane Reynolds has been involved in Australia’s finance industry for almost two decades, surviving the global financial crisis and now the COVID-19 pandemic. He is the CEO of Blessed Financial Services and president of Finance Broker Education & Training Australia Inc. He is also a best-selling author of self-help and financial books, including Reprogram Your Life and Pastor of Universal Church. In his spare time, he enjoys skydiving and bungee jumping and recently completed the highest jump in the Southern Hemisphere.