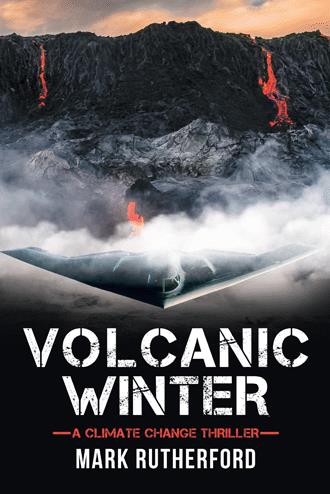 Prologue
June 8, Saturday.
Central North Australia.
The desert air was hot and dry as the earth cooled under a blaze of southern stars. The silence of the night was only broken by the hum of generators, the murmured voices and hushed commands of professionals at work. Outside the perimeter fence, the odd call of an animal going about its nocturnal business, as it had for tens of thousands of years, broke the peace.
The starlight reflected dully on two large objects beside a much larger, predatory shape hugging the tarmac. The larger shape appeared as a darker part of darkness – no light reflected off it, for it was a mighty B2 stealth bomber. The two other objects would have been metallic grey in daylight but tonight just reflected the stars. The smaller one had been named Penetrator by the not too imaginative military staff. The larger was more menacing in appearance, heavy, bulbous, and tapering to a finned tail. It was called Savior.
Both sat beside bat winged glide carriers, mimicking the huge aircraft that awaited them.
A figure appeared out of the darkness.
“We have authority to load,” he announced in a quiet voice. “Sergeant, load the weapons.”
A diesel engine kicked into life as uniformed people began to move. With an air of quiet urgency Penetrator and Savior were loaded onto the glide carriers and then into the cavernous belly of the B2.
Far away, under a different sky, dominated by towering cumulous clouds of the tropics, similar actions began at the massive US military base at Guam.
At 1300 Washington DC time, 0230 in Australia’s outback and 0300 in Guam, the Presidential order was received. Commence Operation.
The effort to save the world from climate change had commenced.

Chapter 1
Six Months Earlier.
5:45 p.m.
Washington DC
Robert Jenkins, Vice President of the United States, stood before the mirror in his dressing room checking his appearance for the final time. At a little over six feet in height and only fifty-seven years old, Robert had retained a trim and athletic body. Age had, as it often did with some men, added gravity to his look. The slightly craggy complexion, wisdom lines around his eyes, dark hair greying at the temples and peppered throughout his still thick, slightly unruly locks, all gave him the look of who he was. Jenkins was a respected politician and law maker, a man of high morals and principles, a formidable and dogmatic defender of conservative values, and a staunch and evangelical Christian. He was also a man who believed the end justifies the means.
Tonight he was hosting his twenty-seven-year-old daughter Patty and her new beau, Professor Sampson Fogarty. He recalled with pleasure attending her graduation, her qualifications complete after finishing her final internship at George Washington University Hospital. Dr Patricia Watkins. He frowned, changing her surname still rankled. Robert checked his cufflinks, adjusted the collar of his casual button-down shirt, and turned to head downstairs.
As usual, when he descended the stairs, he was met with the many portraits of previous occupants of the vice-presidential residence, their wives, and families. Robert often avoided looking at them, knowing the sorrow they brought. But tonight, he did stop and reflect on some of the scenes.
***
He paused in front of a portrait of a predecessor, Joe Biden. The naturally open and friendly face of Vice President Biden was, in Robert’s eyes, cloaked in sadness. Robert knew this painting had been commissioned after the death of the Bidens’ adult son, Beau. Robert’s instincts were to oppose and denigrate a man such as Biden, a liberal, but he couldn’t because they shared common grief. The death of a son and the death of a wife in tragic circumstances. Robert held a conversation in his head with Joe Biden. Joe, I hope Beau and Bobby are sharing a place in heaven where there are no differences between men. I envy you. You knew your son for forty-six years. I only knew mine for three months. Do you often think of Neilia like I think of my Viktoria? The mental picture of his wife brought an unwanted pang of guilt.
Robert closed his eyes in silent prayer asking for forgiveness. He prayed like this every day. Behind his closed eyes he saw his son cold, his skin mottled blue and deathly white. Robert Jnr, was lifeless in his crib. He avoided, as he always did, from asking God why?
Unconsciously he ran his right hand through his hair, pushing it back and ruffling it. It was a mannerism he unknowingly repeated whenever he felt guilty or inadequate.

President of the United States Angus Probin does not believe in playing fair; he only believes in winning. To him, it matters little whether he has friends or long-lasting relationships. Everyone is disposable if they don’t meet his needs. He is cunning enough, though, to know that he must keep a close watch on anyone who might betray him.

Vice President Robert Jenkins has always been a respected politician and lawmaker. Unlike Probin, he is a man of high moral principles, a defender of conservative values, and a staunch evangelical Christian. Jenkins is of great concern to the president, as Probin is beginning to think he has no power over his VP and betrayal is imminent.

Now, Probin has been fed an insane idea. He is convinced that global warming can be reversed through military action and guarantee his reelection. It’s madness—and Jenkins realizes it. He has a week to save humanity. To do so he must survive political attacks and even attempts on his life.

Mark Rutherford is an Australian who has lived extensively in the USA. He has traveled the world, including thousands of sea miles in large and small vessels. He became a business specialist in energy efficiency and has seen countless opportunities to curb greenhouse gases lost to inaction and ideological divide. He has witnessed firsthand the pollution in our oceans and the decline and loss of species.