A Place Where Robots Care 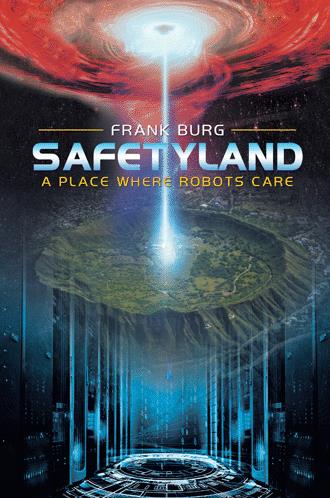 It all happened in just a few days. There was the flu which took so many of the vulnerable and overwhelmed the medical system. It also showed the people that their confidence in their nations were misplaced as life became a war and the rich and privileged took advantage. There were so many storms with so many names. Fires, earthquakes, floods, riptides, hail, storm surge, cyclones, tornados, and hurricanes. One disaster after another with the fear and panic resulting in violence and madness. Some found solace in blaming he failure of the world man and many other turned to their God. Some people on earth determined to ignore the news, they called it fake news. The planet they said was just going through a phase. The had invoked a herd immunity concept knowing that millions would die from the virus and the survivors would be on the own in a strange new world. Scientists pointed to the proximity of the people of the world and what they called global warming. They coined the words climate change but whatever the cause and whatever the names nobody could seem to do anything about it, and it kept getting worse. Prediction were made that the planet had only a short time to be inhabitable and some believed the earth would burn out of existence. The pandemic took so much of human population, human contact, and travel. A single bug could be transmitted around the world in a few hours and many of the new bug were resistant to antibiotics. The human had been taking antibiotics overprescribed to them and added to their food supply. Despite numerous warnings there was just too much money in handing out antibiotics like candy to stop the flow and keep the population safe from the superbugs. The antibiotics were no longer working, superbugs began to appear and the future of humanity in its organic biological form looked grim.

The end of the world started quickly. First came the flu, which took many lives and overwhelmed the medical system. People realized their confidence in the governing power was misplaced as the rich and privileged took advantage while the rest of the population fought to survive. Then came the storms: earthquakes, tornados, and hurricanes. One disaster after another resulted in fear and panic that escalated to violence and insanity.

Some found solace in blaming the failure of humanity while others turned to God. Still others ignored the mounting horror, calling it fake news. Those people claimed the planet was just going through a phase and that all would soon right itself. Add global warming to the spreading illness and massive natural disasters, and it appeared Earth would soon be uninhabitable for those who remained.

Unbeknownst to many, a group of world leaders begins meeting in a covert location. Together, they work with a supercomputer in the effort to at least save the memory of human society. This secret computer and an alien contact now offer a way to escape a dying planet. However, there isn’t room for everyone, not even in the digital life, so how are the special few chosen … and at what cost? The world is ending; how far would you go to survive?

Frank “Safetyman” Burg is a certified safety professional and registered professional safety engineer who has made occupational safety and health his life’s work. Frank has a master’s in ergonomics from the University of Wisconsin. He worked at the OSHA National Training Institute for eighteen years. For the last seventeen years, Frank has been president of the Accident Prevention Corporation.