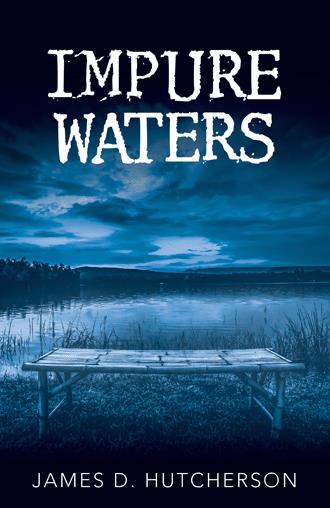 Lifting the lanterns higher, it became clear that they had stumbled into the cemetery of the church, a remarkably well preserved cemetery. What a stroke of luck to have encountered such a find, thought Tom, now that he had collected himself. But he thought he had read that the majority of gravesites had been moved prior to the flooding back when.

Cemeteries have a way of eliciting a conflicting set of emotions, thought Tom. Beautiful and transfixing, yet ominous and sobering. The arrangement of the headstones in the lamplight and shadows cast by those at the forefront had an effect of heads trying to peak over the crowd in front of them to get a look at the curious oddities. He became quite unsettled and felt as if he was being watched. He knew it was just paranoia, but what had his crazy uncle always told him? “Just because you’re paranoid doesn’t mean they’re not out to get you.”

Tom became even more melancholy as he stared at the tombstone with the lamb. Didn’t the tombstone for my three-year-old brother look exactly like this one when they buried him? Martin tugged on Tom’s arm, bringing him back to the “land of the living” as his Dad used to say, perturbed by Tom’s ADD trances when he was younger.

Pointing ahead, Martin was trying to draw attention to what appeared to be a large, dark mass in front of them and as they ventured more in this direction, they realized a sharp tower protruding upward.

The church is still standing!

Tom knew that one of the churches had been built mostly of rock but never expected this. This is impossible.

Both young men turned to draw Jenny’s attention. But she was nowhere to be found. Little did they know that in this brief period, she had been drawn deeper into the watery cemetery.

Jenny found herself led, or maybe lured by a singing voice, she thought … her mind entranced.

What was that song her mom used to sing? Three little fishies…

Jenny’s heart ached as she thought back to her mother … her dear sweet mother, killed in the prime of her life by a drunk driver. And the song drew her deeper … she couldn’t breathe … something grabbed her … bony protuberances reached for her … sharpened fingers slashed.

She came to her senses and began convulsing and flailing until she slipped the grasp of whatever had her and swam as quickly as she could for the lights. The illumination had to be Martin and Tom. She had to escape this … thing.

Martin and Tom saw the erratically moving, distant light from Jenny’s lantern and moved towards her. As they moved closer, they could tell something was wrong … very wrong. A look of desperation was on her face. Something trailed her. An opaque form reaching for her. A human silhouette with piercing eyes. A broken jaw hanging low in a grotesque smile.

Immediately, Jenny was sucked backwards in a cloud of muck leaving only her lantern lying on the bottom, a beacon of death.

Martin and Tom were temporarily paralyzed by the incident, utterly stunned … until the spectral apparition seemed to reappear in the distant lamplight.

Instantaneously, the realization of impending doom sobered them, and they frantically moved in the opposite direction, hearts pumping and legs thrashing.

A thin sliver of light appeared up ahead hinting at salvation from their pursuer. It was a crack in the doors of the church. Martin just knew it.

Bells from a distant tower seemed to call to them.

In nightmares, you can never seem to get to the place you’re going. It’s always like … running in water, Martin thought. No, it’s actually like swimming in syrup. Oh God how incredibly surrealistically true!

He thought he heard someone calling out for him but his fear propelled him forward. Tom must have heard it too because he hesitated. Tom’s hesitation was his undoing. He never made it to the light. As far as Martin knew, Tom was just gone. At least that was Martin’s realization as he squeezed through the door of the dilapidated church. For a second, he waited. But once it was clear that Tom would not be coming back, Martin lodged a plank he found into the base of the door, hopefully securing it from the thing outside.

Martin quickly became aware that a dramatic silence had fallen around him, as he awaited some sound or movement from the door. But there was none.

Gradually, a luminescence seemed to fill the sanctuary. He turned and observed a vacant room, except for deteriorating pews awaiting parishioners of the human kind, that would never come. Torn pages from hymnals and bibles, he assumed, floated in the gloom, as if mocking a long-lost sacred era.

His mind started to wander back to a time when he was a part of the fold. He didn’t know why. He should have been more fearful, he knew, but he felt intoxicated. A warmth filled his veins.

From within the pews, forms seemed to rise, and he heard the old songs of his youth.

He felt a strong urgency, a calling, to move down the aisle to accept the invitation of salvation that he had never accepted. The old preacher had his arms stretched out to Martin and his compulsion was so strong. He wanted to cry out and accept his fate … the sinner he knew he was. The preacher spoke to him, but he could barely make out the words from the face that appeared almost melted. In what famous art piece had he seen such a face? He was transfixed.

The liquified face now looked upon the sanctuary as if to seek confirmation and acceptance of this sinner’s final act of redemption. Martin understood and was compelled to face the figures in the pews for his final confession.

When the small North Carolina mountain town of Eli was flooded in the early 1940s to make way for a TVA dam and lake, the homes and businesses were buried beneath the water—but buildings weren’t the only things buried. There are hushed stories of a spirit that lingers beneath the murky waters, hiding a dark secret.

Judy and her husband Craig journey to the area to care for her ailing adopted grandfather. The elderly man reveals some interesting anecdotes about his own life in Eli, but the sharing of this information is more than mere storytelling. Judy and Craig are now entangled in a sinister plot, set in motion seventy-five years earlier by an evil presence and complicit town residents.

Seeking truth, Judy and Craig begin investigating, but their poking around does not go unnoticed. Their lives are in danger as Judy uncovers past nefarious plots while moving closer and closer to the answers she seeks. This is a battle of good versus evil, influenced by both Appalachian and Cherokee myth, as four time periods coalesce to reveal a terrible truth.

James D. Hutcherson lives in North Carolina and is an avid enthusiast and reader of local history and lore. He has undergraduate and graduate degrees in biology and a doctorate in education. He now lives in the small seaside town of Ocean Isle Beach with his wife and their cat. James previously worked in environmental protection and has taught biology in the NC Community College System for the past 25+ years.