A Story of Surviving Addiction and Defying Death 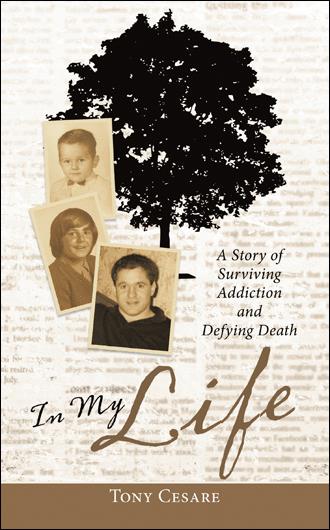 Another harrowing experience occurred when I was fifteen. One night in late October 1972, I was hitchhiking to Ford City, which was about four miles away. Two guys in their twenties driving a Ford Galaxy picked me up. As I was getting into the car, I noticed a half-empty bottle of Mad Dog 20/20 on the front seat. I settled into the back seat, and we sped off. Before you get to Ford City, there is a three-mile-long two lane straightaway on Route 128. We quickly came up behind a car in front of us that was already moving at a fast rate of speed. With a bravado clouded by the Mad Dog, the driver decided to pass it anyway. He immediately realized that he couldn’t make the pass because an oncoming car was closing in too quickly. He tried to pull back into the right lane but went off the road, hitting a guardrail that was protruding about three feet from the ground and holding up a chain across an entryway. The car rolled several times, rupturing the gas tank and quickly catching on fire. I somehow managed to crawl out just before the car exploded. I remember the panic and fear of those few seconds.

When medical help arrived, they found me unconscious and unresponsive, with all my ribs broken. Their first thought was that I was dead. However, quickly realizing that I was still alive, they resuscitated me. My next recollection after the explosion was that I was lying in a bed in a hospital and that I had been injured. I spent the next two painful weeks there while my ribs mended. I still remember how it hurt every time I took a deep breath or had to cough or sneeze. The two guys also managed to get out with minor injuries and were taken to the hospital but released shortly afterward. Neither of them was arrested, and the driver somehow avoided being charged with a DUI.

I always said to myself that alcohol was okay but that I would never do drugs. Unfortunately, that resolution only lasted until the first time I got drunk at one of the many local bashes and got up the false courage to start using drugs. Addiction ensued and continued until I was forty-six years old. I remember knowing a drug dealer in Ford City who would give me all the marijuana with stems. I would clean out the stems and then smoke it. To be favored with these “prizes,” all I had to do was clean his marijuana and package it in baggies, which he would then sell. This was around the time I met a friend who introduced me to the partying scene. I remember going to parties with him where alcohol and drugs flowed freely.

Looking back and trying to sort out what led me to start using drugs and alcohol at this early age, I can partially blame myself. Being a teenager, I had a choice, even if that choice was affected by strong emotional and physiological changes that occur during these formative teenage years. Other outside factors were strong contributors as well, and in my case, without strong parental guidance, they overwhelmed me. I later learned that alcoholism is considered a chronic brain disease. This means it cannot be cured using medicine or prevented through vaccination. Instead, a chronic disease requires ongoing and often indefinite treatment to maintain control over the symptoms. It seems the only choice I had when I was a teenager was not to take that first drink. But how could I have known that I was predispositioned to be an alcoholic?

Born in a small town in western Pennsylvania in the late 1950s, Tony Cesare had everything a boy could want, from a father who played baseball with him to doting grandparents.

But then the local factory began laying off workers, including members of his family—and his idyllic childhood came to an end.

When he reached his teens, he turned to alcohol and drugs. Soon, he was stealing Social Security money from his grandparents to survive, rationalizing that they wouldn’t notice if he only took a little.

In this memoir, he looks back at his battle with addiction as well as harrowing adventures, such as surviving multiple car crashes, drag racing on a local bridge, transporting marijuana from Florida to Pennsylvania, and losing his motorcycle during Daytona’s famous bike week.

His party lifestyle did not come without repercussions, and he was only set straight after he faced the prospect of going to prison. Finally, he chose sobriety over alcohol and drugs.

Join the author as he looks back on his childhood and how he overcame addiction and other struggles in this inspiring memoir.

Tony Cesare lives in Greensburg, Pennsylvania, with his wife Suzanne and their rescue dogs.