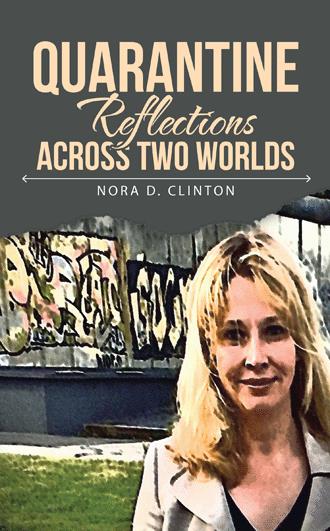 2. Kindergarten Crumbs
When I was five, I attended kindergarten. While some teachers were warm and humane, the Communist directive mandated that children be indoctrinated and humiliated every step of the way; this would serve as an instructive preview early on of what was to come in adulthood.
We sang a song about the Party being our one true mother; it went like this: “You love your mother, and she may be a very fine person, but she only cares about you and your sister. We all, however, have one true mother—the Communist Party that cares for us all.”
One day, we were finishing up the usual morning snack titled “People’s bun.” The kindergarten principal then proceeded to count how many crumbs each child had generated. My pals quickly gobbled up their crumbs, but being foolishly honest, I left mine as they were—a Goldilocks amount of crumbs, not too many, not too few. I was publicly shamed for having the most crumbs of the class.
My first day at school was no different. We were seated in alphabetical order and assigned numbers, to be referred to impersonally and not by our own names. I ended up next to a boy named Nicky, who impishly urged me to throw pebbles at the ostentatious ficus tree container near the teacher’s desk.
The teacher happened to walk in that very instant; she dragged us both by our ears and slapped our faces before the entire class. I started crying, which incensed her even more. “Why the tears?” she asked, “I didn’t even hit you that hard.” As the only child of academic parents, I knew some big words and had begun to read at the age of three. I looked her in the eyes and retorted: “I am not crying on account of physical pain but public humiliation.” She was speechless.
In third grade, I was attending an extra-curricular English class. The boy next to me, named Lucky, was about to be flunked and consequently beaten up at home, so I tutored him and helped him get an A. In an innocent burst of joyous gratitude, he kissed me on the cheek. The next period my regular deskmate Nicky accused me of being “Lucky’s mistress.” He used a word that has the same derivation in Bulgarian as the English word “lover.” I had no idea what mistress meant but vigorously denied the accusation.
The teacher walked in amid the heated argument: “What is going on here?” “Comrade teacher,” I responded, “Nicky accused me of being ‘Lucky’s mistress.’” The teacher slapped my right cheek: “Do you know what that means?” “Not exactly,” I admitted, “but it shouldn’t be that bad since it derives from the word for love.” Needless to say, I was now slapped on the left cheek, for symmetry and good measure.
Disgraced, Lucky and I left school together and walked hand-in-hand into the sunset—or so it seemed. He picked a velveteen pink rose and gave it to me. We passed by a woman’s dimly lit basement: she was Lucky’s neighbor and was fashioning variegated pottery, which we admired from the minuscule window. “Is this your wife?” she benevolently teased Lucky. “She sure is,” he beamed proudly. I felt vindicated and fully convinced that “love conquers all.”

Quarantine Reflections across Two Worlds is a captivating memoir about life in two strikingly different worlds, an ardent defense of freedom, and a thought-provoking analysis of current events and ideologies. Nora D. Clinton shares her story of growing up in Bulgaria—from her childhood under communism, to watching the Berlin Wall fall in twelfth grade, to arriving in America, which she made her home. Throughout, she illustrates the dangers of utopian abstractions and the need for common sense and humanity. Her story is for anyone trying to fathom the current surreal reality—fascination with socialism, 2020 pandemic and protests, and so much more.

“It is all about basic humanity, so often drowned these days by enthusiastic efforts to promote abstract ‘values.’ The author reminds us that totalitarian mentality is essentially anti-humanist—no matter whether it claims to be defending a communist or a Nazi state, a nature deprived of people, or the equality of sexes by imposing manufactured uniformity of their roles.”
—Philip Dimitrov, PhD, former prime minister of Bulgaria, ambassador of Bulgaria to the USA and of the EU to Georgia, current constitutional justice and VP of the Venice Commission of the Council of Europe

“Quarantine Reflections across Two Worlds is a vivid and compelling account of childhood and youth in communist Bulgaria, which says, in a few words and through illustrative stories, a lot about the misery of living in a totalitarian state. Its talented author, Nora D. Clinton, possesses wide culture and knowledge, which enables her to offer interesting comments about the superiority of liberty and democracy and to address some clichés of the contemporary political discourse.”
—Nassya Kralevska-Owens, journalist and author of numerous books, including Communism Versus Democracy—Bulgaria 1944 to 1997, whose Bulgarian edition became an unsurpassed bestseller about recent history.

“Dr. Nora D. Clinton’s vivid booklet is part personal memoir of a childhood under communist tyranny and part impassioned tribute to political liberty. It is a product of noble independence of spirit and an ode to it.”
—Andrew Bernstein, PhD, American philosopher and internationally acclaimed lecturer and author of fiction and academic books, including Heroes, Legends, Champions: Why Heroism Matters.

Nora D. Clinton was born and raised in Sofia, Bulgaria. She received degrees from several universities in Europe and the United States, including a PhD in classics from Cornell University. She has taught Greek and Latin languages and has published extensively on the subject of ancient documents on stone. She works in the field of legal operations management and is a co-founder and pro bono co-president of a nonprofit organization dedicated to academic cooperation and American values. She lives in Northern Virginia with her husband and son.