Chess - An Intellectual Board War 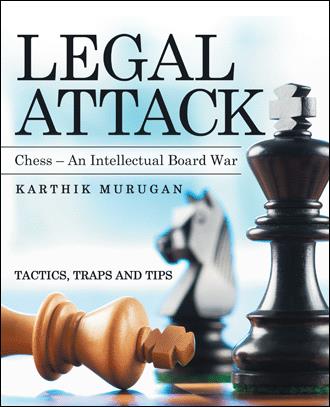 Chess is a mind sport that involves constant thinking, planning, and strategy. It is a two-player game in which each player has sixteen pieces on a sixty-four-square board. Chess was invented in India in the sixth century AD, but it was the Persians who made the more modern version of chess that we play today.
The chessboard consists of ranks, files, and diagonals. The ranks are horizontal and the files are vertical. There are eight ranks and eight files, and their notation begins from white’s side. The ranks are denoted by number, and the files go by letter. The ranks go from 1 to 8 and files a to h.
Pawns are placed on the second and seventh ranks. Rooks go in the corners. Knights go next to the rooks. The bishops are placed next to the knights. The queen always goes on its own color. Then the king sits next to it. White always starts play.

Tactics are the most important things to know in chess, so in order to win, tactics must be learned and mastered. Legal Attack is a guidebook intended for players who have just begun their journeys into the world of chess.

Chess basics are first introduced, followed by a focus on puzzles. This book has 300 chess puzzles categorized under 30 powerful chess tactics. Practicing these puzzles will help recognize standard patterns to improve and win your games. These puzzles are organized from simple to complex, gradually taking readers through the important aspects of chess. Puzzles elaborate on tactics, mates, and traps. The solutions to all the puzzles are at the end of the book, so students of this sport can refer to them at any time.

Almost all chess games are decided by a tactical blunder, so mastering the basics and developing an advanced technique will help players win every game.

Karthik Murugan is a ninth-grade student at Downingtown East High School, Downingtown, Pennsylvania. He has been playing chess since 2014. His peak USCF rating is approximately 1700. He has played 800 games in 170 USCF rated tournaments. He surpassed 1000 in the first 20 tournaments. Notably, he is a two-time Greater Mid-Atlantic Elementary Champion and a two-time Pennsylvania State Scholastic Bughouse Champion. He also won 2017 US Open National Elementary Chess Championship.

Karthik’s other passion is long-distance running. He has been running the annual Blue Cross Broad Street Run, the United States’ largest ten-miler, since the age of ten, and he places well overall and within his age bracket. He recently finished a half marathon in one hour and forty-eight minutes. While he enjoys his daily outside runs, he was a middle school track team runner also. And this is me ...