The Movement that Changed Everything 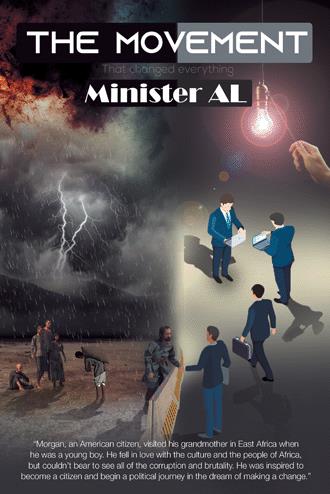 Morgan, a young African American, was born during the hot Texas summer of 1963. His father was a Caucasian American. His mother was African American, and her mother, Morgan’s grandmother, came from an East African country. Morgan had a quiet childhood as he grew up with his parents. He was unbothered by the rest of the world and learned how to enjoy the little things like playing in his backyard or going to the park with his parents. It was simple, but he was happy and woke up each day feeling loved by his parents.

Despite growing up in Texas, Morgan was always raised to recognize his African heritage. At fourteen years old, Morgan finally got to meet his grandmother, Amala. She had come to visit them unexpectedly so that she could spend quality time with Morgan. The two bonded over the weeks that she was there. They would spend their afternoons shopping for food, putting together puzzles, and basking in the sunshine. Before she left, Morgan promised Amala that he would visit her in her home country someday. Though it was hard to say goodbye, Morgan was happy thinking about reuniting in the future.

When Morgan was twenty-one years old, he got the chance to visit his grandmother in East Africa. He would get to fulfill the promise he’d made so many years ago, and he would get to discover the history of his ancestors, learning more about what it was like to grow up in an African community. So, he flew over to the country. The moment he stepped into the warm African air, he felt at home, despite it being his first time there. He was thrilled to see his grandmother and was excited to learn what the land had to offer. It wasn’t long before Morgan was learning the culture and language of the town that Amala lived in. He would dress in their traditional style with pride, and he loved visiting the neighboring towns and countries.

Morgan was not meant to stay in Africa for too long, but he loved it so much that he kept delaying his flight home. After a year of living peacefully in East Africa, Morgan started to notice some of the regime brutality toward so many of the powerless and helpless people around him. The dictator who ruled the country tolerated nothing that threatened his governance. Because of this, the area faced severe corruption and brutality that was unlike anything Morgan had ever seen. Anyone who dared face the leader was imprisoned or executed, and nobody was able to have a real shot at building a democracy.

This regime brutality and corruption Morgan witnessed weighted so heavy on his conscious enough that he decided to do something about it regardless what the consequences were. Morgan believed in living and dying for a great cause if necessary. His goals and love for the African people took over him to the point where he started a youth movement aiming to demand change in education, job opportunities, healthcare, agriculture, raw minerals’ exports and more.

The movement ended up attracting many people of all kinds of background which was seen as a big threat by the regime. Things turned hot and the country felt into a political turmoil. Morgan became a nightmare to the government that it wanted to capture him dead or alive. The American consulate followed closely Morgan and warned him to free just in time before the regime could catch him; therefore, Morgan had no other choice than to abandon his movement and returned home.

Back in the state Morgan struggled with a depression mainly for two things. First, he had to bury his own father; second, he felt he had let down his African brothers and sisters and lost a chance to fulfill something that mattered the most to him. He believed that the movement which he had started was the only chance his African people had to a better life and development.

After many years of hard working, young Morgan figured it out. He became a very influential successful entrepreneur in Texas. With all the resources and maturity, Morgan decided it was time to return to Africa and pick up from where he had left. Morgan fooled the regime that he was returning for business opportunities, so it bought him time to quietly recruit and equipped his new movement. After a long political journey, Morgan became the new supreme leader (equals to the president of the country) for his grandmother’s country.

This great success fueled Morgan’s determination of giving African people an opportunity to a better living, so he continued with his movement in other corrupted African Countries. At first, Morgan’s movement showed success, but with the international communities which states that a country cannot just invade another without facing sanctions or fight against NATO; Morgan and his movement found themselves in a cold war with western countries who were against his invasion in the name of development and true democracy. The cold war turned into war and things got real tough.

One day, He took hostage of the American foreign secretary and other world leaders and performed a coup to his neighboring country. He managed to do this after being a guest speaker at the country’s president’s party and used it to his advantage. Afterwards, Morgan continued to invade more African countries under the nose of the international community. Morgan ended up becoming one of the greatest leaders in Africa. He built an empire called “The Movement Nations Kingdom”, and became their king. In this book, you will see the struggles, challenges, and wars that Morgan went through from his young age until his last day.

Morgan spent his childhood in Texas living a normal life. As a teenager, he was able to visit his grandmother in East Africa. He quickly fell in love with the culture and the people, but struggled to watch corruption and brutality going on around him. This novel explores the life of young Morgan as he uses his dreams for the African people to fuel a political career, taking control of the nation and changing it for the better. He faces significant barriers and opposition, but never lets anyone stop him from achieving his dreams.

I go by the name of Minister Al. I was born in Africa and grew up during the war. In my early Twenties, I immigrated to Canada worked hard labor in manufacturing, became a truck driver, worked in oil field, construction, logging and sales&marketing until life gave me an opportunity to become an author.

What motivated me to write this book has two parts:
One part from what I experienced, heard, and witnessed in Africa. At first, I thought that it was the way of life until I came to live in north America and experienced how advanced community in development human rights and democracy lives. It was way much better than Africans.

Second part was just to give the world a great reading experience, my mind stories and connect with the minds of those out there that dreams of a better and much nicer world.