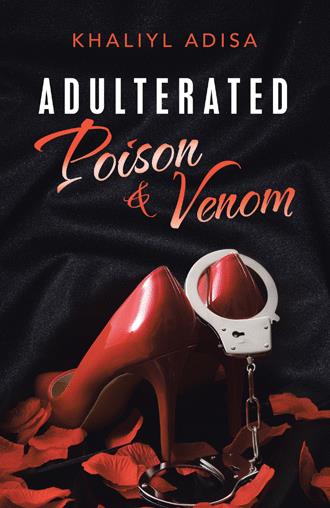 Feeling the heat radiating from Farrahs thick thighs, Naomi grasped her hips tightly and pushed her long tongue deep inside Farrahs pussy. From bottom to top, in circular motions Naomi relentlessly licked her down. “Ooohhh!!!” Clenching the sheets tightly Farrah hips raised and moved to match the motion of Naomi’s tongue. Then she erupted, a flow of cream oozed into Naomi’s mouth. She didn’t care, she continued to impose her will on Farrah sucking hard at her swollen, sensitive clitoris. “Ah! Oh! Damn baby!” Farrah’s body shuddered as Naomi lapped up her juices and made love to her orally. Naomi held Farrah tightly allowing no room to escape, her only response was grasping her head and squeezing with her thighs. “Baby! Please! No more…”she pleaded. Her pussy was sensitive and she needed to her regain her composure. Naomi finally released her and smiled as she watched Farrah take deep breaths. She rose and went to her purse she placed on the dresser and retrieved a long, thick strap on. Farrah sat up and watched as Naomi put the plastic dick securely on, she didn’t shy away from showing her nervousness. Naomi walked slowly towards her and noticed the slight hesitation in the woman before. “We don’t have to if you don’t want to,” she told Farrah. Taking a deep breath Farrah slightly shook her head, “no its just…” she glanced down for a moment. Naomi’s eyebrows narrowed, “you never been with a man.” Farrah retuned her gaze toward Naomi and bit her lip. “A virgin?” Walking closer to her Naomi stopped only a few feet away from her and began to remove her strap on. Farrah rose from the bed and placed her had on Naomi to stop her. “I want you.” She ran her hand through Naomi’s hair and then kissed her deeply. Backing away she laid back on the bed positioning herself to get it from the back. Anticipation filled Naomi, she fantasized about this for some time and looking at her fat booty before her and how Farrah looked back at her seductively made her wet. Her heart raced as she stepped towards Naomi desiring so much to please her, more so especially for the first time. Placing one hand on Farrah’s waist Naomi steadied her hips and easily guided her plastic penis towards Farrah’s moist pussy. Stroking in and out of her slowly she watched Farrah’s reaction intently, whose body shuddered as she clenched the sheets firmly. She kept the strokes short but slowly began to quicken the rhythm periodically moving in circles. “Mmm,” the soft whimpers sounded sexy, like music to Naomi’s which encouraged her to go a little deeper. She marveled at the juices that leaked profusely from her pussy which made sounds from how wet she were. “Oh my god!” The words came out somewhat distorted, indicating she neared her release. “Go deeper,” she demanded. Grasping her hips firmly Naomi didn’t hesitate and plunged deep within her pussy long stroking her. “Ooh shi-” Farrah placed her head deep in the covers and bit down on the sheets, her loud moans and whimpers became muffled. “Aaaagghh!!” She exploded, unable to hold back the intense orgasm that rocked her causing her to tremble. She ran from the dick and laid on the bed breathing heavily, “damn baby.” Smiling seductively Naomi removed her penis strap and joined Farrah in the bed and snuggled closely beside her. They kissed each other deeply and rubbed their hands alongside each other’s bodies. They seemed to be in tune with each other in perfect sync. Farrah looked deeply into Naomi’s eyes, no one ever made her feel this way and although it initially scared her she accepted and embraced it. “I love you,” she told Naomi. Her heart fluttered at Farrah’s words, her reaction clearly showed the feeling was mutual. She ran her hand through her hair, “I love you too.”

Due to a love triangle and disturbing set of events, people are dead. Forensic scientist Dr. Farrah Davis is assigned to examine the bodies. After discovering the causes of death and corroborating with the FBI, the investigation begins just as a string of homicides quickly erupt that follow a frightening pattern.
When tasked to aid the FBI with the homicides, Farrah meets a gorgeous woman. She becomes quickly infatuated with Naomi and eventually falls in love, even though their relationship interferes with Farrah’s work.
As the women’s connection intensifies, clues in the ongoing murder investigation point to Naomi. Farrah’s intuition tells her one thing, but her heart yearns for Naomi’s innocence. She soon finds herself caught in a web of deceit that could cost her everything as she learns the hard way that some love is poison.

Khaliyl Adisa was born in Poughkeepsie, New York, but grew up in Central Florida. During his collegiate years, he developed a passion for health and fitness, which led to his appearance on the television show American Ninja Warrior. He is currently studying to be an orthopedic surgeon at Saint Leo University while writing every day.