The Cursillo, How's Your 4th Day? 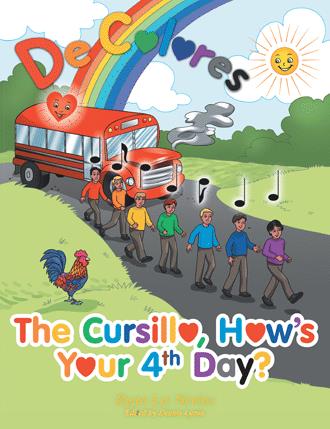 The Cursillo is a "Short course in Christianity" that was founded by Roman Catholic laymen in 1944 in Majorca, Spain while they were trying too improve ways to train pilgrimage Christians leaders.
It is a three day movement that is used to show Christian lay people how to become successful Christian leaders. The primary objective is to ask the Cursillo participants or "Cursillistas" to take back in the world and practice what they have learned which is called their "4th Day". It is followed up with "Ultreya's" which is Spanish for "Onward!" where Cursillistas share their practical experience with what they have learned. Since 1944 the Cursillo movement has spread all over the world and is used by many other sects and denominations.

De Colores! See in color and in light; bring an end to the darkness and to the night. Change your perception, get out of your detention, and remember to the Good News the Lord has mentioned.
The Cursillo is a short course in Christianity founded by Roman Catholic laymen in 1944 in Majorca, Spain, with the goal of improving ways to train Christian leaders. The primary objective of the three-day session to ask the Cursillo participants, or cursillistas, to go back into the world and practice what they have learned; this is called their fourth day.
The Cursillo: How’s Your Fourth Day? presents a collection of hip-hop poetry inspired by author Ryan Lee Nevins’s experience with the Cursillo in 2006, an event that helped restore his faith and radically changed the course of his life. Taking forty topics explored during his session, he spins them out into verses designed to connect with believers and encourage them in their journey.

Ryan made his Cursillo in January of 2006 with group 196. After struggling with his Faith for a number of years “The Cursiilo” was instrumental in bringing Ryan back to the Faith of his youth. Out of gratitude Ryan wanted to give back to the movement that changed the course of his life so he took 40 of the topics discussed on the weekend and converted them into Hip Hop Poetry songs in the hope that he would inspire and uplift others like others had done for him.
Thecursillohowsyour4thday.com