Drawing from the Living Water

A Daily Devotional from the Holy Scriptures 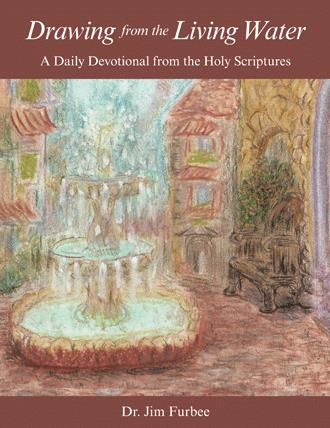 "Then Jesus called a little child to Him, set him in th midst of them, and said, 'Assuredly , I say to you, unless you are converted and become as little children, you will by no means enter the kingdom of heaven'" (Matt 18:2-3).
In Matthew 18 we see an account of the disciples discussing who would be the greatest in the kingdom of heaven. They were perhaps wondering which of them would be the greatest when the Lord established His earthly kingdom. They may have been continuing to believe that He would become their king and rule over Israel, even though they asked about greatness in the kingdom of heaven. The Lord's response was wonderful. He called the disciples and those who followed Him to humbleness and humility, not to an exaulted greatness or office. As His example, He brought forth a little child and told the disciples that they would have to be converted to a like state of humbleness. He explained that it is the humble who are the greatest in the kingdom of heaven. Jesus had earlier told the multitudes that the "poor in spirit" will inherit the kingdom of heaven(Matt 5:3). One who exalts himself with pride will be brought down (Prov 16:5).Pride is an abomination to the Lord. The Lord calls us to humbleness as He is humble and gentle (Matt 11:29; Luke 14:11). The greatest in the kingdom will be the one who serves, and the one who comes as a small child. "And He sat down, called the twelve, and said to them, 'If anyone desires to be first, he shall be last of all and servant of all'" (Mark 9:35). Glory Hallelujah!
Servant Of All
Help us Lord to have a servant's heart,
From us Lord make our pride depart.
Yes Lord, we hear Thy call,
To share Thy love, and be servant of all.
Dear Reader, do you have a servant's heart? If not, ask Jesus to give you a new spirit and a new heart. Glory to the kingdom of heaven!
(#44 and should include acompanying image).

Learn new and exciting things about the Bible with Dr. Jim Furbee’s insights coupled with beautiful illustrations by Karl Kasmire and friends in Drawing from Living Water.
The author delves into the meanings of Bible verses such as:
“And Jesus said to Simon, ‘Do not be afraid. From now on you will catch men’” (Luke 5:10).
“Then Jesus, looking at him, loved him, and said to him, ‘One thing you lack: Go your way, sell whatever you have and give it to the poor, and you will have treasure in heaven; and come, take up the cross, and follow Me’” (Mark 10:21).
“Thus I establish My covenant with you: Never again shall all flesh be cut off by waters of the flood; never again shall there be a flood to destroy the earth” (Gen. 9:11).
As you read, you’ll be enthralled by the various devotional accounts—and you’ll love the poems throughout the book. But most importantly, you’ll be drawn to the living water of our Lord and Savior, Jesus Christ.

Dr. Jim Furbee is a sinner at the foot of the cross saved by God’s grace, forgiven by Jesus’ blood, born-again by the Holy Spirit, and given eternal life by the resurrection of Christ Jesus, the Lord. Hallelujah and Amen.