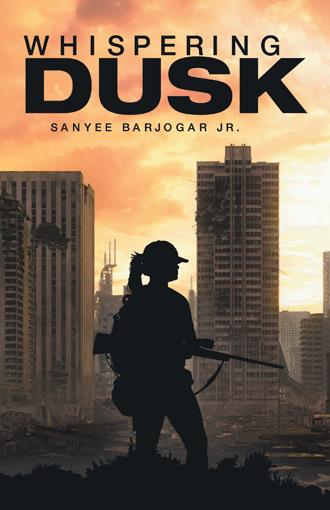 The woods were silent. A soft but ominous fog lingered over the dirt floor. I stared without breathing at the girl’s bruised-up face that accepted the earth’s grit and had been colored with fresh blood. I never hoped for anything more but to be given a sign that there was some sort of evidence that she was alive, hoping to hear her breathing, or a heartbeat. Something. It was hard to focus on her. Every single raindrop that fell to the ground was like enduring one explosion after another, like fireworks.
She rested beside the flipped vehicle, its headlights shooting a solid beam into a wall of darkness between tall trees. The smell of her was strong. It was sweeter than the blood of the other people that laid still beside her. Her blood was richer, more distinct, and even more intoxicating. I could feel the fangs growing without my permission, slicing into my bottom lip as I bit down on my tongue. I hoped in using the pain as an instrument to numb my ever-growing thirst.
The girl, she looked so peaceful, so beautiful, even with the mud and leaves tangled in her dark hair. I took a step closer, the snapping of twigs in the distance startled me. I turned to see if my companion had caught up to me. It seemed I still had time …
I focused back on the sleeping beauty and stepped closer. Her eyes fluttered. I halted my breathing. Slowly, the darling eased her eyes open to greet her surroundings. She seemed dazed, trying to remember where she was. Then her dark and sleepy eyes slowly dragged itself toward me.
And there we were, staring at each other in the rain. Me before an angel who had her hand towards a gun …

My childhood was stolen from me by monsters …

Twenty-three-year-old Rowling Carter lives in a nightmare world plagued by an erratic virus that turns ordinary people into supernatural creatures. She has endured much suffering, trying to survive with her mother, boyfriend, and teenage little brother. But fate takes her on an unexpected path when she comes across a mysterious boy in the woods, Ephraim Young, who warns her of a coming attack on her people and informs her about a forthcoming cure.

Risking everything based on this flicker of hope, Rowling faces a series of unprecedented events when Noah Pride, a fierce and determined hunter from the vampiric Resurgent Contingent, becomes infatuated with her. Will Rowling be able to set aside her prejudice against the supernatural to help find a cure? Or will everything go horribly, horribly wrong?

In this novel, a mysterious virus turns humans into supernatural creatures, and a young woman sets out on a quest to find a cure to save herself, her family, and the world.

Sanyee Barjogar Jr. began writing at a very early age. He has worked at a movie theater and as a TSA at a high school, helping children with special needs. He hopes to build a career in filmmaking and book publishing. He currently lives in Maryland.