The Book of Laz 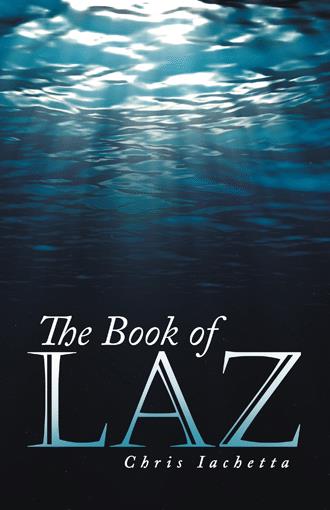 I never met my dad. I saw a photo of him once, but that was it. I can’t remember what he looked like. Gina, on the other hand, I remember perfectly. I can’t forget Gina. She was like five feet three, maybe 180 pounds, with blonde hair and wide shoulders. She was scary. She looked like the devil. And she was the devil. She made me eat my own puke. She almost killed me. She made me stand in the corner for a whole day with nothing but Tootsie Rolls to eat. She and her boyfriend did awful things to me and my sisters. She put me through so much shit. I wish she were still alive so I could ask her about it—not that she’d remember. She was so high and cracked out all the time, her brain must have been fried.
Gina lived in a dilapidated old building. Our house was part of a six- or seven-unit complex. Gina’s mother, my grandma, lived next door to us. She was a weird-looking old lady with no teeth who wore a lot of muumuus. We weren’t close. I didn’t really know her. Gina’s brother lived in another unit. We weren’t close either. And there was some weird old man in one of the other units. He had these big-ass shoes that I was enamored with and glasses. He was useless. He just had big shoes. That’s all I remember. There was a communal porch that stretched the whole width of the building. It was white and falling apart. It was a miracle the thing was still standing. It was barely hanging on. The whole structure we lived in should’ve been demolished. That’s how bad it was. And there were bugs and roaches everywhere—huge roaches, the size of you and me.
My siblings and I were abused so much in that house. Gina beat us, then threatened us to make sure we wouldn’t tell anyone. She always told us that if we said anything, she would hurt us. And she meant it. She would do it. Anytime we came home, we got hit—right in the face or in the back of the head. Sometimes with an open palm, sometimes with a fist. Sometimes she’d hit us with her belt, or any object she could find nearby. It didn’t matter. She just wanted us to feel pain. I still don’t know why.
I lived with Gina for only four years, but it felt like a lifetime. There were a lot of incidents at Gina’s. For example, there was the fire incident. She put toast in the toaster, left something by the toaster, and then walked outside of the house. Back then, toasters weren’t advanced like they are now. They were naturally fire hazards because they were so poorly designed. You could put anything near one, and it would light on fire. That moron left a newspaper next to ours, and all of a sudden, the kitchen was on fire. I came out of my bedroom and saw the counter on fire and didn’t know what to do. I was confused. I’d never seen fire. I just kind of stared at it for a while. I didn’t know what it was. It started as a small fire, but I watched it grow until it had burned most of the kitchen down.
Something eventually told me to get out. Something told me to walk out and yell, “Fire!” Gina was on the porch with her buddies, doing drugs. She was mad that I had interrupted them or something. I didn’t know what else to do. I had never seen fire before. I hadn’t put the toast in the toaster and walked away. But of course, Gina made it my fault. She went inside and called for help. They put the fire out, then she fucking beat me. She tried to blame me for starting the fire. Gina hit me so hard, for something I didn’t even do. She did that a lot—just socked me in the mouth every time she got mad about something. That stupid toaster fire was her mistake, not mine.

Chris—born Lazarus—had to contend with everything from abuse to assault and attempted murder growing up.
Whether it was his birth mother, his foster families, or adoptive parents, no one seemed to care about him or want him. Even the police were not on his side: At age sixteen, he was arrested for defending himself against abuse.
He spent birthdays and holidays alone in a group home, thinking of ways to end his life.
Everyone told him he would end up in jail or dead.
But at the group home, he met some people who changed his life. They put him in check, gave him love, taught him about basketball—and even took him to get a haircut and bought him sneakers.
While the odds were stacked against Chris, he beat them. This is the story of how he kept fighting and never let his past dictate his future.

Chris Iachetta grew up in upstate New York. He lives in Los Angeles with his wife, Mallory, and their cat, Nala. This is his first book.