A Tribute to Love and Happiness 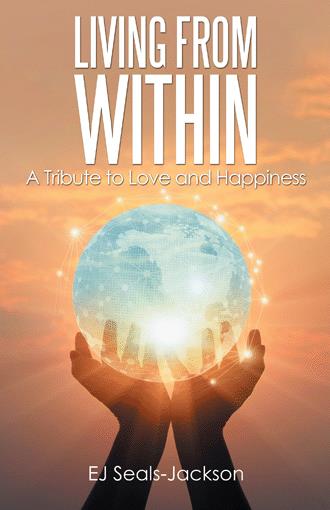 The Secret to Happiness

While most of us have heard the claim so many times that it almost sounds like a cliché that certain methods or products hold the key to happiness, the information that I am about to share with you is guaranteed to stand the test of time so let’s start here.

To participate in the magical flow of this experience we must all be aware of two essential components. The first can be found in Feeling Is the Secret by Neville Goddard, a twentieth-century spiritual teacher. For me, as I suspect you will soon come to agree, not only is this revelation powerful; it is a game-changer. Even though the idea of ‘feeling’ is frequently referenced in spiritual writings and discussions, to my knowledge other than the teachings of Goddard that critical insight has never been so candidly revealed, and after pondering the idea a bit, it became so obvious that I wonder why I had never thought about it before. Although a simple concept it fully explains why we always feel that something is missing in our lives, and now we know; that’s because there is.

Without factoring in our feelings we miss half the story – and the better half at that. The irony, however, is that our feelings aren’t missing; instead, it is the awareness of our feelings that’s missing, and here is why that is so important. Although little known and seldom realized, which was certainly true in my case, the only way that we can experience anything, including the energy that we have come to know as God, is through our feelings. Plus without that understanding happiness will always elude us, but with the understanding that feeling is the secret, our happiness is guaranteed, and that idea in itself can be used as a case in point.

Many of us have been programmed to believe that happiness is a ‘thing’ that has to be found somewhere outside ourselves and nothing can be further from the truth. Not only is happiness not a ‘thing’ it is in fact, and it’s fairly obvious when we think about it; a feeling. Therefore logic dictates that even if it did show up in our lives; which it always does if it didn’t show up through our feelings how else would we be able to recognize it? But here is where we get stuck.

While most of us are aware on some level of the incessant stream of thoughts running through our heads the idea of feeling remains an enigma to the masses. But given that all experiences, including the deliberate manifestation of our physical world (as I’ll discuss later), is contingent upon the awareness of our feelings; if happiness is the goal then being in the dark about our feelings can no longer be an option, and before we move on to the second component consider this. When we become aware of our feelings which of course are inside each of us (the highest concentration of which can be found in the solar plexus - the area behind the navel and is often referred to as the pit of the stomach), not only is there nothing in the Universe that we cannot experience, we can experience it consciously. In that this is an idea that should not be taken lightly, let’s just take a closer look.

To take advantage of our unlimited access to feelings, all we have to do is to decide what we want to feel. For this example let’s say that we choose the feeling of inner peace. With that in mind, we can gently focus our attention inwardly on the solar plexus, relax and allow the feeling to come into our awareness; we will then become consciously aware of the visceral feeling of inner peace. And the power in that experience is that as we become more accustomed to living from within the fact happiness is indeed an inside job will become increasingly clear. Again more on that later but that simple practice can be enough to at least get your attention.

The path to spiritual enlightenment is not for the faint of heart and takes much longer than we imagine. The good news is that when we change how we look at our lives and learn to live from within, we can end all our suffering and free ourselves to embrace the absolute freedom we came here to experience.

In a guide to spiritual growth and development, EJ Seals-Jackson shares insight from her own journey as well as wisdom from amazing teachers who have traveled through the dark night of the soul to emerge as powerful spiritual guides who are passionate about helping others settle into the flow of happiness. With a focus on living from within, Seals-Jackson guides us to:

explore the secret to happiness;
close the gap between negative and positive emotions;
customize our lives according to our own design;
refrain from activities that distract us;
change the way we look at things; and
ensure the emotional health of our children.

Living from Within shares insight and wisdom from spiritual teachers that invite us to tap into the happiness that is already within us.

Following several decades of a rather arduous journey into her inner world, the author is prepared to offer clear evidence that the world we see outside ourselves is nothing more than a figment of our imagination. Not only is it created and sustained by our thoughts, it’s the negative ones at that. Therefore, if we change the thought that created the negative experience in the first place, that experience, with all of its messiness; will disappear along with the thought. When we change the way we look at a thing, the thing we look at changes. It is through this process that we put an end to all suffering; freeing us up to embrace the absolute freedom that we came here to experience. When we live from within, as described in this book, our happiness is not only guaranteed, it is inevitable.