A Case for Mr. Parks 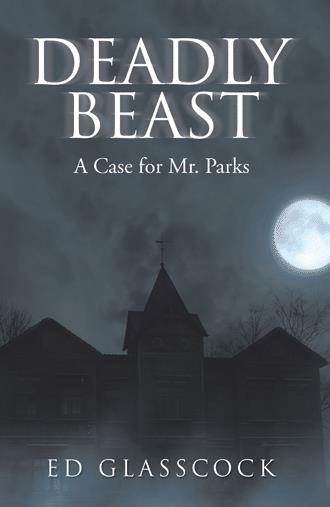 THE MURDER OF MR. LEVY
Aaron was accustomed to the cold, dark mornings. His regular pre-dawn shift at the loading dock required him to make this uncomfortable trek five days each week during the chilled winter months. Though the broad, dense park could be a beautiful retreat on warm sunny days, at this dimly lit hour of early morning with the frosty air and dark shadows, it created an uncomfortable atmosphere. Aaron always hurried through this secluded segment of his walk to work. If it didn’t save him ten minutes, he would not travel this shadowy and isolated path. On this particular morning, feeling even more uncomfortable than usual, he quickened his pace. It may have just been his imagination, but Aaron sensed an unwelcome presence from the first few yards after entering the park trail.
Aaron Levy was a typical laborer of the 1930s, just pleased to have work during the depressed economic times. His modest income provided a small but comfortable apartment, food for his family, and an occasional night at the movies with his wife. The worst part of the Depression seemed to be past and, like most Americans, he was optimistic. In the dark early morning hours of this day, however, he was edgy and anxious to get back onto the better lighted streets. This time the sound behind him was not as questionable as the softer, more subtle hints of movement first noticed. Clearly someone or something was stalking him.
By the time this realization clarified itself in his mind, it was too late. Out of the shadowy darkness some unseen force crashed into him, knocking him to the ground breathless and stunned. Before he could regain his senses or his breath, he was pulled up and tossed around like a ragdoll though the stocky dock worker weighed close to two hundred pounds. There was no time for screams, no opportunity to run, no hope of help. Life was quickly crushed from his body by a violent and powerful beating. Now, the only sounds on this shadowy track of isolated walkway were the sickening thuds of a lifeless body being thrust against unyielding solid objects and the deep growls of some unknown creature relishing its power over this comparatively puny human.

In the early morning darkness, a swift and powerful assailant begins a campaign of terror, leaving a trail of broken and brutalized corpses. Eccentric criminal investigator J. Marshal Parks joins police detective Paul Ramsey in a desperate battle to end the senseless and violent murders.

Parks’s home is his refuge, his cosmos of resources and headquarters for his powerful analytical skill. His chauffeur, Jacob, is a capable and trustworthy partner. Martha, Parks’s household manager, somehow succeeds in maintaining a stable and safe haven for the wearied criminologist in pursuit of a deadly beast.

The price of ending this reign of terror may be too much for mere humans to pay. Parks’s battle against evil reveals the hazards of confronting the unknown and the severe consequences of facing the forces of hate and perverse genius.

Ed Glasscock lives in Talladega, Alabama, with his wife Gail. Having retired from college and seminary teaching, Dr. Glasscock continues in education, lecturing both nationally and internationally. He has published professional journal articles, magazine articles, and a technical commentary on the biblical book of Matthew.