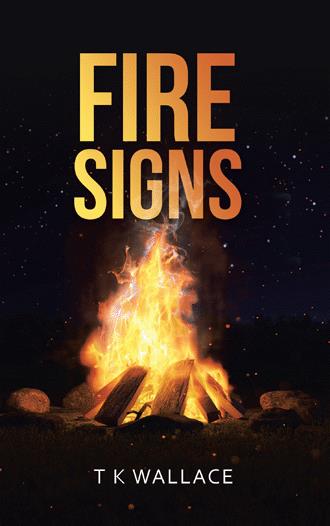 Some tourists assumed my local knowledge was valid concerning the haunted and spirit world which exists in Savannah. So whether they bought a copy of the book or not, they still felt entitled to approach me and ask free advice about where to find ghosts.
Two similar looking ladies stood off to the side through several interactions with other tourists. I saw they had a copy of my first book, ‘Water Songs,’ and tried to sit straight and smile as they approached.
“Hello, we wanted to ask your opinion of the best place to go for ghosts.”
I smiled and said, “Perhaps you should start in your own family tree.”
Both of them went wide eyed, sobered, and one replied. “Very funny.”
“Well yes, of course but we were inquiring, locally. You see, we’re sisters from coastal New Jersey, and we are here to see apparitions, or perhaps some other proof-“
I responded automatically, “There are comprehensive maps for sale inside. All have speculations and illustrations along with directions.”
“Well yes, we have tried those. However, we found your book to be quite good. Especially the story ‘Feathers’. It has a ghost. Is it fiction or is it true?”
Couldn’t help but preen at that one, when she handed me my book.
“Would you sign this for me? Make it out to Edna Parker.”
“And I’ll buy another if you will sign this one for me? I’m Dina.”
My attitude fell away and I was like a newbie again. My heart swelled, my eyes misted, and I felt the shallow wave of mass approval wash over me.
“Could you recommend the most likely place to see a, uh, full bodied apparition?”
I had to think for a minute and then asked, ”Deanna right? Have you tried the Gribble House or the Kehoe House?”
“Dina Parker, Yes, I must say that both were disappointing.”
“Really, I heard both were rather frightening. How about the Marshall, or the Sorrell Weed House?”
Edna answered, “Well they tried but the most they could actually produce were video simulations and spooky stories of this and that. Not much really.”
Dina chimed in, “A tour guide saw us choosing among books at that bookstore, Shavers behind the Hilton. He gave us your book, and said you were the man to see.”
Edna finished, “And here you are. Thank you for your signature.”
I was delighted and offered them the second book. It became a double sale with autographs. I wondered if I could charge extra.
“Thank you so much. They’re worth twice as much now.”
I stood a little awe struck and signed both books.
“Ladies, first I would like to know how much you can take.”
They both looked at me slightly sidelong with arched eyebrows.
Edna, the older asked, ”Sir? What do you mean by that?”
“I’m sorry, I phrased that poorly. I mean, ‘Ghost Wise’, how much can you take?”
They looked at each other and then at me again, “Meaning?”
“Well, do you want a vision to watch float around, or, something more?”
They spoke silently in facial gestures and nods.
Dina cleared her throat, “Ah yes, the former, uh visions to watch, or perhaps a bit more. What’s that cost?”
“No extra cost, apparitions are like that, they either happen or they don’t. It’s actually their choice not ours.”
Edna Parker all but crowed, “Oooh, that sounds good,”
Dina added, “But what you’re saying is; no guarantees.”
“On the nose, my dear. There are two places I recommend. One is a bar right up at the Bay st. The Moon River Brewery. That building used to be the old City Hotel. It was well thought of and had its share of life and death.”
“A haunted dockside bar, what’s new about that?”
“We have plenty of those at home.”
“It’s not the bar. The top two floors that have been abandoned due to spiritual activity. Some say the basement is even hotter, spirit wise.”
“Sounds musty . . “
“And dusty . . . what else?”
“There is an old Victorian style cemetery, Bonaventure, out on the marsh. But you must be careful. If you see anything do not interact. They hate that.”
Edna gurgled, “Sounds delightful. Just what we’re looking for.”
Dina asked, “What are the hours?”
“Google it. But, I would go on the last tour of the day, you can see better in half light.”
I watched them walk away, wishing them good luck, and hoping they listened.

The next day they were back and looking kind of frantic . Their clothing was worn oddly.. It fit like it had been slept in. Their hair was combed but only partially done with their hats askew.
“Mr. Walsh, we have to see you.”
“Here I am Jersey girls. What’s up?”
“We spoke yesterday, about a tour?”
“Yes we did, how was it?”
“More than we expected. May we speak with you privately?”
“I actually do have a policy about that-“
Dina yelled at me. “Mr. Walsh! That fucking man, uh, spirit, uh ghost thing gave us a message for you.”
The other sister pleaded with me, “He said you had to help.”
I looked at them again and said, “I hate it when that happens.”
Edna exclaimed, “Me too. Well, okay, what do we do now?”

Shared in three parts, T K Wallace’s latest volume of short stories and other writings offers a window into the lives of both familiar and new characters facing different challenges and life experiences.

Wallace begins with the story of a shipwrecked couple who washes ashore on a Caribbean island already owned and inhabited by a family. There is a ghost story that explores the murderous details surrounding the demise of Conrad Aiken’s parents in Savannah, and a music video shoot script penned for the song, Thunder Road.

In the middle section Wallace shares the pilot episode which reveals an idea of how to use genies and wishes to improve humankind. Then a rock and roll romantic comedy about curiously unknown and questionable parentage And the story of two psychoanalysts intent on fulfilling their continuing medical education accreditation.