Rosie, Who Thought She Was a Big Dog 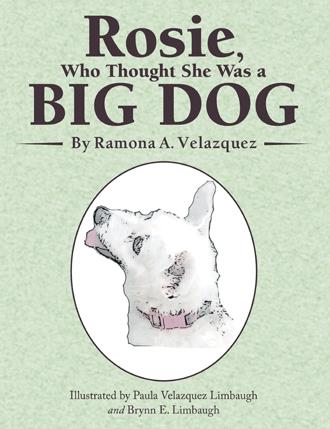 The large coyote wasted no time running after her. In an instant, the other two smaller coyotes joined him. Now the three coyotes surrounded Pearl as she leaned up against the shed, trapped. Pearl began to shake with fear.

In a flash, Rosie ran to the shed and placed herself between the coyotes and her sister. The coyotes were surprised by the move, but began to lick their teeth.

“Two is better than one,” growled the leader as he smiled at Rosie. The coyotes cautiously moved in on their prey. What they didn’t know and weren’t prepared for was Rosie, a small dog who thought she was a big dog. 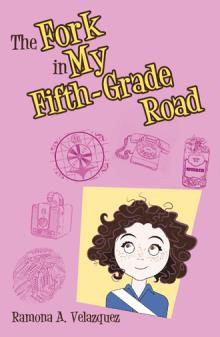 The Fork in My Fifth-Grade Road
Ramona A. Velazquez
$11.99

Rosie is a tiny dog who thinks she is bigger than her actual size. Living with the Mckray family in Mexico, and being the runt of the litter, she proves daily to the family that she is the fastest and bravest dog of them all.

One night while Rosie is sleeping on the porch with her sisters, three coyotes quietly enter the yard and stand in front of the dogs. Frightened, Rosie’s sister Pearl decides to run and the coyotes give chase. Now Rosie must summon all the courage within to protect her sister.

In this children’s book there is an important message. A little dog with a big personality proves that it’s how she sees herself that’s more important than how others see her.

Ramona A. Velazquez is a retired elementary school teacher who taught in the Encinitas Union School District for thirty-three years. She is also the author of The Fork in My Fifth-Grade Road. Ramona and her husband John, divide their time between their homes in Zacatitos, Mexico, and Encinitas, California.