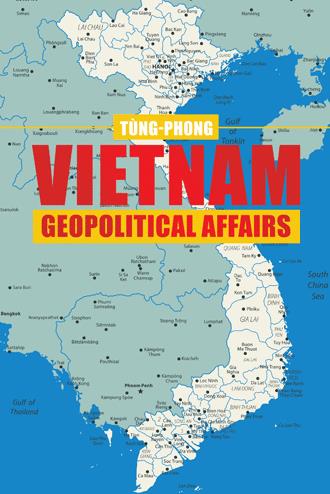 “For eleven years since 1953, living through the fires of transformation, of revolution for independence, of self-governance, and the pitfalls of leadership, Lê-Văn-Đồng, under the pen name of Tùng-Phong, wanted to inform his contemporaries about the short-term pressing needs of Viet Nam as a whole, and the long-term goals as a nation. The result was the book he published on Oct 03, 1965, Chính-Đề Việt-Nam, Viet Nam Geopolitical Affairs.

During numerous late-night conversations with my father from 1976 until his death in 1993, I learned of what he painstakingly lived through to come to enlightening realizations. He knew after two decades of struggling and navigating through bloody battles that after the declaration of independence of North Vietnam in 1945, whichever political vehicle Vietnam was about to embark on, whether it was communism, capitalism, or another ideological-political form of government, the real issue of Vietnam was not and still is not about the vehicle Vietnam was led onto, but about the westernization and modernization of the country to lift the people of Vietnam out of the darkness of colonialism and into the light of the global economic and political stage as an equal partner and actor for decades or for centuries to come.”

“Then elected as Senator, he served the people of South Viet Nam from 1968 until 1975, during the second republic with President Nguyen-Van-Thieu.”

“Like a movie-goer, we just watched a motion picture depicting our nation’s past, where internal conditions and external forces were analyzed in details, more or less. With the last frame of the motion picture, meaning in our nation’s current state of affairs, we are now aware of the causes of our nation’s fundamental issues.

We would think that to know the cause is to have the answer, as a physician would cure an illness if he or she finds the root cause.

But life is complex in itself. And the life of a nation is much more challenging, for in a nation, the arena of actions is carried out by individuals of the community or by the people in the nation. Since it would be hard to guess the reactions of individuals in the community, many leaders are lured by dictatorial measures. Yet, we cannot choose the easy way out because of two undisputable reasons.

The examination of our nation’s people and history is based on the solid foundation of historical facts.

Objectively, we will search for a position most appropriate for the resolution of our nation’s issues. A position befitting our nation’s issues encompasses all domains in the nation, including leadership, mass organization, economy, individual rights, and culture.”

In 1965, in the midst of the Vietnam War, Tùng-Phong reached out to the Vietnamese leaders in the North and South.

He wanted to inform his contemporaries about the short-term needs of Vietnam as a whole and opine on long-term goals. The result was the book he published in October 1965: Chính-Đề Việt-Nam or Vietnam Geopolitical Affairs.

His daughter, Elizabeth T. Le, offers the first English translation of the landmark book in this text composed of three parts:

Part one offers a history of Vietnam from the year 938, when Ngo-Quyen reclaimed An-Nam’s (then Vietnam) independence after one thousand years of Chinese domination.
Part two contains what led to the general uprising, the revolt in the nineteenth century, communism, Dien Bien Phu, and the Vietnam War (called the American War in Vietnam).
Part three is the translation of her father’s book.

What made her father’s book powerful is he explored where Vietnam stood on the world stage and the historical baggage it carried. Moreover, he sought to find out how Vietnam could propel itself forward for the sake of future generations.

Elizabeth T. Le, M.D., earned a Bachelor of Science in computer science from the University of New Orleans. She worked for NASA during the space shuttle project. She received her doctorate in medicine from the University of Louisiana in New Orleans, specializing in internal medicine and rheumatology from Indiana University and Duke University, North Carolina. She enjoys world history—especially Vietnam culture and history. She is the daughter of Tùng-Phong, who wrote the book she translates in this text.