Dr. Altman and the Concubines 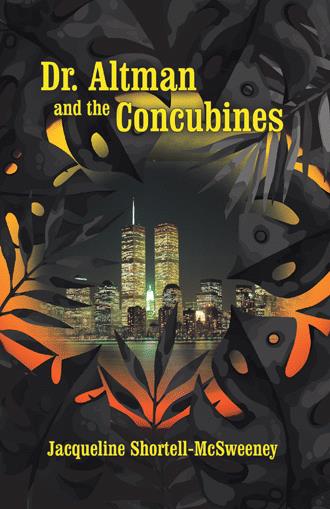 Jennifer took out her red-leather Coach briefcase and drew a white envelope out of it.
"I found this note in my mailbox at work two days ago."
She handed me the envelope, Eaton white bond, the most common paper to be had from your local stationer. Inside, on matching paper, cut-out letters were pasted; they were from various magazines or journals. The message was short. YOU'VE GOT TO PAY TO PLAY. BRING $50,000 FOR THE FILM. BE READY OR ELSE.
I studied the message without speaking. The author was making a judgement that Jennifer had done something wrong. And that she had $50,000. Jennifer was buying it apparently. She looked as if she was about to be burned at the stake, or branded on the forehead with the huge A....I tried to console her,
"People have affairs all the time Jennifer; they don't need to pay blackmailers over them. What would happen if you, or the husband, told the wife the truth and promised to be good from now on?" Jennifer looked as if she might throw up her blueberries on her grey suit.
"Alright, what would happen to you, really, the guy's the one who has the sweat, right, he's married, he's got to figure it out for himself; You are a single woman in N.Y.C., after all."
I knew her answer before I heard it. Women are such jerks.

Move over Sue Grafton, Michael Connolly, and Adrien McGinty, Shortell-McSweeney is in town.

In the early Eighties, everyone from the Guerilla Girls to Lou Reed can be spotted walking the cobblestone streets of Soho. Sigourney Madigan has worked many “rainbow colored” jobs since leaving her Pennsylvania farm. Her last job with the Due Diligence Detective Agency ended when the owner’s wife caught him en flagrante at the Chelsea Hotel.

Sig inherits audio and video equipment from Due Diligence and so decides to open her own detective agency. Her first client is Jennifer Palmer, an uptight administrator at The Center for Rational Therapy—a far cry from the flamboyance of Soho. Someone claims to have a pornographic video of Jennifer and is now blackmailing her; Jennifer enlists Sig’s help to stop the blackmail.

However, when the police begin investigating a murder, Sig realizes her professional ethics are on trial. The intrigue only increases when Jennifer disappears. From Soho to the Devil’s Hole of Martinique, crime knows no borders, but Sig is determined to find Jennifer. She will rescue her client’s—and her own—reputation in this hard-boiled noir thriller featuring a complex heroine who will stop at nothing to break the case.

Jacqueline Shortell-McSweeney worked as a producer for Women Make Movies and as a video artist at Henry Street Settlement. She was the first female NABET grip on the East Coast. As an attorney for Women’s Venture Fund, Shortell-McSweeney worked with female entrepreneurs. Now retired, she spends her time writing, helping worthy candidates get elected, and enjoying the Great South Bay with her beloved editor-in-chief, William, and their four daughters.