How You Can Inspire Your Team and Lead with Purpose 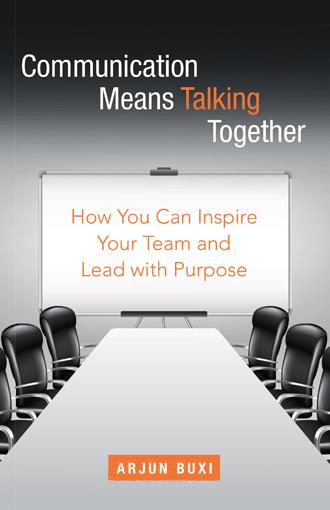 The grip is strong. Words fail you. All eyes are on you.
The feedback from the mike is screeching.
When will this nightmare end?

The cliché goes that we in the US fear public speaking right up there alongside death and poisonous snakes.

What if I told you it wasn’t just a cliché, but a statistic ?

Why do we Fear Public Speaking?

In a sense, it is a misnomer - we aren’t afraid of the speaking part.

We are afraid of the public.

Fear is our observance of a threat – something that we think can cause us harm, so our system alerts us to take action. This threat can be physical, psychological, even social.

Why does Public Speaking feel like a Threat?
● The many eyes on us
● The onus to succeed and impress others
● The desire to be liked
● The catastrophe we imagine that awaits us at the end
Perhaps we should understand this enemy, which is not so much the speech – a matter of words we make into a message – but rather a Public Speaking situation.

As for physical threats - think of the many marches and protests, where a person or people spoke a truth that others did not want to hear.

JFK, Lincoln, Gandhi, and Dr. King all took a bullet for speaking their beliefs.

Most of us don’t step out on a controversial topic too often, so we in our daily lives focus on the other two threats- the psychological and social.

Psychologically: We have an image of ourselves that we want to maintain, an image of pride, success and accomplishment. It is our ego - we want to be proud of whom we are, and see ourselves as worthy.

Socially: We have a status we want to keep up, where others respect us and acknowledge our intelligence, wisdom and effort.

How the Fear of Public Speaking affects You

When you face those bright lights on a stage, and that forbidding microphone, these threats - psychological and social - come rushing in a stream of messages:

“What if I forget my words?”
“What if they don’t agree with me?”
“Why are they looking at me?”
“Is this really worth it?”

This is self-catastrophizing - an inner monologue in our minds that is imagining with increasing intensity (leading up to a crescendo) the vast array of things that can go wrong and just how wrong they can go.

This can even manifest itself physically - people have been known to shake, to drop note cards, stutter, stammer, ramble, stumble over words, lose their place in notes and so many more.

Two things - focus on the needs of the audience, and how you can fulfill those needs.

With Maslow’s Hierarchy, it is good to remember that your audience needs to feel they are achieving meaning and higher potential in their lives by helping others and contributing to society through their project or work.

So when preparing your speech, first prepare for the audience – give them good content in a memorable way that achieves their highest goals.
❏ Teach them something new
❏ Entertain them: laughter, surprise, shock, relief.
❏ Be honest with them, respect their intelligence
❏ Know what you speak, speak what you know
❏ Earn their trust first, then their admiration.
Which brings me to my next point: what do you think the audience really wants?

What do you want from this content right now? Today?

Unless I go out of my way to insult someone, question their intelligence, make anti-social statements or prejudiced remarks, or anything like that, I’m starting on good footing.

Then come my ethical goals- speak truthfully on topics I know about to be helpful to an audience, and finally to avoid manipulative tactics.

Here’s the secret – no matter what they say, remember that the audience secretly admires you for getting up in front of people and speaking.

It’s scary for them too!

Especially if they know you personally. The good people will let you know how much they respect you. The others? In time, you will win them over too with a strong message that inspires people, and when you speak with self-belief.

I learned to focus on the things that legitimately could affect the outcome of the speech, rather than the ones that are just image-based concerns. Put it another way, some fears are purely about your image – “what will people think?” – those are the fears that we will learn to overcome with some techniques that I share today.

Everyone knows communication is important but ask them to define it and you’ll probably get befuddled looks.

Arjun Buxi, an executive coach and university lecturer in communication and leadership, knows the answer: Communication means talking together—and it is no easy task.

In this no-fluff guide to communicating, he explains what it is, how to do it, and how mastering it can help you accomplish big goals. Find out how to:

• Overcome fear and nervousness when talking in front of a group.
• Tell meaningful stories to drive interest and engagement.
• Take advantage of speaking opportunities that sneak up on you.
• Focus on the flow of speeches and presentations.

The author also highlights how to navigate difficult conversations with a supervisor, how to make convincing arguments, managing your team through highs and lows, selling ideas to management, and getting people to truly listen to you.

Packed with tried-and-true techniques tested in the corporate jungle, this is a must-have handbook for every current and aspiring leader trying to make their mark.

Arjun Buxi is an Executive Coach to Silicon Valley Tech Company Leaders, a University Lecturer in Communication and Leadership, and an award-winning collegiate debater. He has spent ten years training and teaching others how to improve communication and leadership skills. He earned a master’s degree in communication and bachelor’s degrees in business and communication. He brings a lifelong experience of being part of family-owned businesses and helping students and entrepreneurs alike find their voice.