A Play in One Act 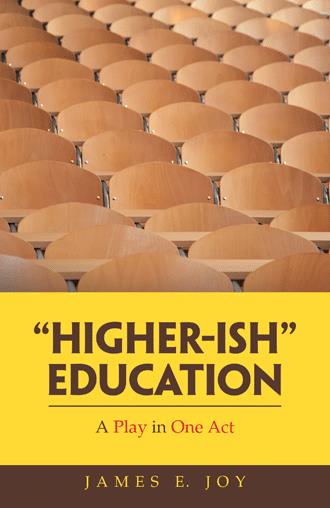 Scene: Several members of the science faculty have gathered in a small biology department seminar room to casually ruminate over current happenings at Marsh Hall University. They are sitting in comfortable leather chairs close enough so that paired chairs can share a small table. A carafe of wine surrounded by a set of Lenox Tuscany Classic Grand Bordeaux Stemware rests on serving table at one side of the room. Some faculty have a glass of wine within easy reach on tables by their chairs.

Ben: Say, did you see in the headlines of this morning’s local bird cage liner (holding up hometown newspaper, the Colliston Gazette) where our own Marsh Hall president took a 15% pay cut?

Sim: What brought that on?

Ben: Apparently something to do with the “corona” crisis.

Millie: The president’s taking a pay cut because there’s a Mexican beer crisis!?

Lars: Just looks like some kinda self-serving gesture to me.

Millie (preoccupied, not clearly hearing Dave, looking to Ben): What did he say?

Ben (responding, with some delicacy, to Millie’s query): Ah…., Dave said something about his wife’s recipe for “broccoli casserole.”

Lars (appropriately chastised): Well, I’m deeply sorry; it wasn’t my intent to diminish anyone marinating in their own self-importance.

Millie: And that “corona-lite” dig, Ben, sure sounded like something a “broccoli casserole” would say.

Ben (apologetically): I didn’t mean to belittle the “sacrifice.”

Judy: Apologies accepted, on behalf of the (…pause…), oh the hell with it; the “Provost.”

Ben: Deans and other senior administrators got caught up in this cost cutting too, with 10% cuts.

Sim: Serious money? I’ll bet secretaries, custodial workers, and groundskeepers can tell you about “serious money.” They were furloughed one day a week for the next four months.

Lars: You know, I’ve got a “prize” African grey parrot who won’t crap on anything but our very own hometown Colliston Gazette, and the New York Times. He won’t drop a thing on a Wall Street Journal spread.

While gathered in a small departmental seminar room, several science faculty at Marsh Hall University engage in discussions centered around running universities like a business.

Within a variety of topics that cover major issues of the day surrounding higher education institutions, six professors discuss flat enrollments, pay cuts, a potential subsidizing of an entertainment sports complex, the endangered professoriate, mission statements, and campus perturbations brought about by the COVID-19 pandemic. As they debate about instituting a “only pay for what you get” fee structure for students who are often identified as the customers of universities, the faculty passionately share their ideas and opinions about the accountability, flexibility, and transparency that surrounds higher education while hoping some good comes from the upheaval.

“Higher-ish” Education is a play that showcases the thoughts and debates of six science professors as they dissect the absurdity that overshadows universities in today’s world.

James E. Joy earned a PhD in zoology from Texas A&M University. For five decades, he worked in higher education, beginning as an instructor in A&M’s College of Veterinary Medicine. After an association with the Smithsonian Institution / Peace Corps Environmental Program, Dr. Joy joined the Marshall University faculty in 1972 where he taught until his retirement in 2020. This is his first published play.