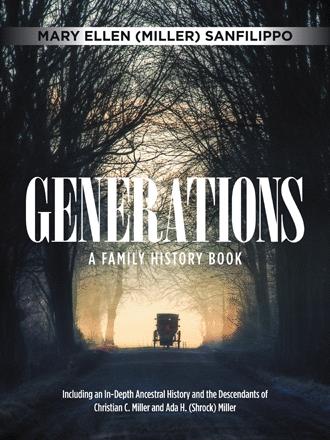 On August 30, 1962, Christian and Ada purchased the house that many of us are so familiar with. They paid $4,500 for it. This house was built in 1901. The foundation was made of sandstone and the basement was a dirt floor. In 1963 the house was raised up so that a new foundation could be installed along with a new basement floor. Some of the sandstones used for the original foundation are still on the property. The stones were uncovered by the grandson and current owner of the property of Christian and Ada. David has used some of these very large stones in landscaping. There was no running water until the late 1970s in the house. There was a hand pump located inside of the house. After the house was updated with water and an indoor bathroom, the hand pump remained in the possession of their daughter Alta and her family. After Alta and her husband Mahlon passed, the water pump is in the possession of their son, Peter who resides in Arizona.

Imagine what the world was like for our ancestors hundreds of years ago. Instead of going to the corner grocery store, they had to grow or hunt their own food. There were no clothing stores and no roads or bridges. The nearest neighbor was often miles away and the only way to get anywhere was by walking. In this family history, the author draws on more than five years of research. While she originally planned to only cover the Weaver, Shrock, and Miller lines, she learned that she also had forgotten ancestors with the last name of Sommers, Beachy, Hochstetler, and many more. Most of the author’s ancestors left Switzerland and parts of Germany and France to find religious freedom. While some died at sea while trying to cross the Atlantic Ocean, others went on to settle in the colonies and accomplish remarkable things. Join the author as she examines a forgotten way of life while celebrating her family history and the contributions of her ancestors.

Mary Ellen (Miller) Sanfilippo was raised Amish until the age of seven. She is an only child, now a mother to two daughters. Her husband has three daughters and a son. She became a truck driver in 2010 and has traveled to forty-eight states. She is proud of her Amish and Mennonite heritage and her strong sense of family.