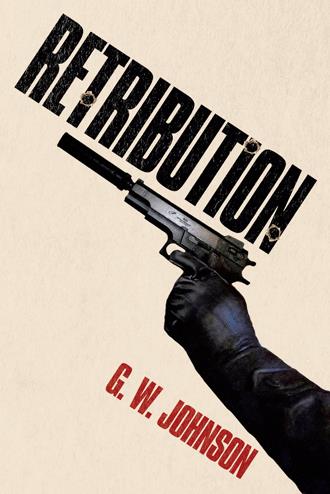 Jake Connolly sat at the kitchen table in Judge B. J. Ewing’s small house. It was dark as the lights were off. The only light came through the old chipped window and fell on the center of the table. He sat in perfect silence, breathing slowly. In his lap, Jake cradled a Colt model 1911 .45 caliber pistol with a long cylindrical noise suppressor.

The noise suppressor was made by his uncle who was a noted gunsmith in Carroll County, Arkansas. It was the same pistol Jake carried during World War II, without the so-called silencer, of course. His silenced weapon made a distinctive click when fired, which was nothing like the ear-piercing blast of an unsilenced Colt 1911.

Jake’s mind wandered to his past and the things that led him to this particular point in his life. He was about to kill a man, although undoubtedly a man who needed killing.

Jack Connolly is a product of his family heritage and his upbringing. There was no way he wasn’t going to be dangerous.

Jake is half Osage Indian, an extraordinary athlete, a war hero, an expert in weapons and hand to hand combat. He is also a killer. There are times when he is possessed by uncontrollable fury but in spite of all that there are times when he possesses a gentle spirit and a capacity to love.

In the spirit of Lee Child’s Jack Reacher character, Jake Connolly’s story follows his life from the age of twelve into his thirties as he goes from boy to an elite military-trained man.

Jake is heavily influenced by his Osage Indian roots. To the Osage, payback demanded RETRIBUTION.

Born in Madison County, Arkansas, in a small house perched on a rocky hillside, G. W. Johnson grew up in Springdale, Arkansas and graduated from the University of Arkansas with a business degree and a major in accounting. He holds a CPA certificate issued by the state of Arkansas. He spent twenty-five years with a Fortune 500 company as the corporate controller and principle accounting officer.
Johnson has spent his retirement indulging in his love of history through reading and research. He is a member of the Washington County Historical Society, the Madison County Genealogical & Historical Society as well as the treasurer for the Scottish Society of Northwest Arkansas. He is an air force veteran of the Vietnam War era.
He has traced his Johnson ancestors back a thousand years in Scotland where they were named Johnstun, Johnstone and Johnston. His Johnstone ancestors were prominent raiders of the border between Scotland and England when they were called Border Reivers. He can trace his lineage back to Stevin de Johnston who occupied Caskieben Castle in the 1300s. Caskieben Castle is located approximately twenty miles west of Aberdeen. The family name was accidently changed to Johnson in the 1830s when his ancestors migrated from Tennessee and applied for land grants in Madison County, Arkansas
He enjoys his retired life with his wife of fifty-five years, Barbara, while restoring old vehicles, traveling and writing.