DIARY OF A DYSTOPIAN ERA 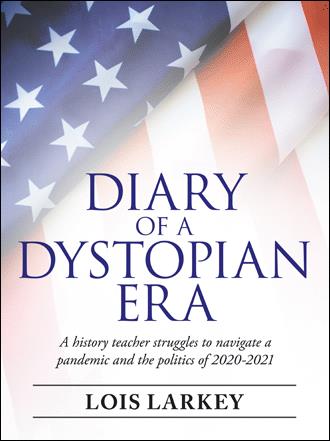 Suddenly, we were in an historic moment. A virus we knew nothing about arrived on both coasts, and it was deadly. Indeed, the last time there was a devastating pandemic was in 1918, one hundred years ago. On March 11th the order came from my New Jersey Governor Murphy to “shelter in place.” We couldn’t go outside, and we needed to wear a mask and stay away from our friends and family. Many of us were going to live alone, because our families lived somewhere else.

How long would it last? We didn’t know. Citizens started dying. Would I catch the coronavirus and die alone in a hospital without my family? I was afraid, and felt very disconnected,

Armed with books, Netflix, Zoom and food, the solitary days began. Music was calming, but twenty-four hours are very challenging with no structure or schedule. I started to make a list of how I would spend the days. It was at that point that I decided to document such an historic time in my life, and in all of our lives. Writing is very nourishing for me, and being able to look back at how we behaved and how we survived would answer a lot of questions when my memory wasn’t quite so sharp. Writing my observations and feelings on a daily basis made me focus, gave me a purpose and a project. I began tentatively, but then the momentum grew with the pandemic, and the politics left us in the lurch. The president would do nothing to save Americans’ lives. The reality was stunning, and my anger motivated me to write.

The pandemic was spreading. We saw pictures of hospitals overflowing, and that filled me with dread. Refrigerator trucks were brought in to serve as morgues for the dead, because there were no places to bury or keep them in a funeral home.

With each passing day, the possibility of anonymity, of dying with no funeral, family or friends, became overwhelming. More and more, my purpose, and this project, became important as a legacy for my grandchildren- something to leave behind, if we never got to know one another or see one another again.

Gratefully, my synagogue’s Adult Education Committee filled the days with classes, speakers, art classes, meditation, and activities that were diverse and wonderfully engaging. Our clergy kept us connected offering “coffee with the clergy” three mornings a week. The question, “How is everybody doing” allowed each of us to share our fears, our grief and our loneliness. We were bolstered by words of solace, hope and wisdom.

A number of things became clear. Time, while it may seem endless, is not limitless. Survival is its own creative act. Despite quarantining, it was clear that immersing myself in the news was important. I started writing about the day’s events. While writing was very satisfying, it was also terrifying. Watching the news and talking to friends, it was apparent that we were all of the same mind. None of us had any idea how this would end.

Writing a few days each week was affirming. Since the election would be November 3rd, that would be my final day to write, in the hope that this pandemic would be over by then and we would have a new president.

I was wrong. Both the pandemic and the politics fooled me. Yes, Joe Biden won the presidency by seven million votes, but there was no concession from the loser. The tradition of “peaceful transfer of power” was broken, and it was shocking. Every president, since George Washington, honored the election of the next winner. The world saw America as a beacon of honesty and fairness in our elections, with the Constitution setting the process. But now, there was disbelief and nervousness in the middle of a chaotic pandemic. The loser was foiling Joe Biden at every turn. The expected timely transition was purposely delayed by the enraged poor loser. The world was watching. What had happened to America? It was unsettling.

The Covid-19 deaths kept rising. I began in my own personal war with an ignorant, selfish and unconcerned president. Masks were politicized. Never leaving my apartment except to get the mail and take a brief walk to the park, daily writing continued. That routine created a structure and set an important goal. Having a purpose saved my emotional life, and my physical life as well.

As devastating as the situation was with Covid-19, millions of jobs were lost, and there were long lines of citizens in line for food, often for the first time. That realization, seen on television, was overwhelming.

In the midst of so much tragedy, Donald Trump began his reelection campaign, ignoring the death and destruction of his own citizens. There were two different universes; the president divided us into “blue states” and “red states.”-, masks and no masks. The leader of the free world ignored half of the country, and made it plain that only the half that voted for him mattered. I kept writing.

Joe Biden won the presidency by seven million votes, but there was no concession from the loser. The tradition of “peaceful transfer of power” was broken, and it was shocking.! Every president, since George Washington, honored the election of the next winner. For two centuries, the world saw American elections as beacons of honesty and fairness, with the Constitution setting the process. And now, there was disbelief and nervousness in the middle of a pandemic. The loser was foiling Joe Biden at every turn with vengeful actions. The expected timely transition was purposely delayed by the president and no ascertainment. The world was watching. What had happened to America? When will the Biden government take the helm?

I decided to move my blog writing to Inauguration Day, January 20, 2021. Surely by then things will have calmed down, and the new government would be in place.

There is an old Yiddish saying, “Man plans and God laughs.” Was that ever true in 2020-21! Beyond our wildest dreams, we are in uncharted territory. This is truly one for the history books. It became clear that our democracy is in jeopardy, I kept writing, totally unaware of the horror that was to come.

That shocking word ushered in a surreal time for Lois Larkey.

It was March 11, 2020, and there was a pandemic, a killing virus, the first in one hundred years.

Like everyone else, Lois had to shelter in place, wear a mask and totally separate from friends and family.

Living alone in her apartment she was afraid of catching Covid-19 and dying alone in a hospital.

She had to find something that would help her work through her fears.

The idea of chronicling the tragedy, brought on by a virus and exacerbated by a divisive president, was compelling.

Lois began writing her blog, The Larkey Lowdown, with an eye to capturing unfolding history.

The election of 2020 brought a bizarre rejection of the longtime American tradition of “peaceful transfer of power.’ Lois kept writing.

January 6th brought the violent storming of the Capitol in the name of the president who lost the election. Our democracy was threatened. Lois, horrified and heartbroken, kept writing.

January 20th, the inauguration of President Joe Biden and Vice-President Kamala Harris, brought a new administration and hope for the future. Inauguration Day signaled an optimistic time to lay down her pan and search for perspective.

Diary of a Dystopian Era is a fascinating collection of Lois Larkey’s blog entries that describe the tumultuous events of the years 2020-2021 in real time.

Lois Larkey is a lifelong teacher, community activist and social justice advocate. A native of Newark, New Jersey, she has devoted her energies to helping Newark children, since she joined the board of the Newark Boys and Girls Club in 1975, the first woman. Lois graduated from Connecticut College with a Bachelor of Arts in History, and remains deeply committed to her college. Married and moving to South Orange, Lois taught English and history in both public and private schools for twenty-five years, the last at the Horace Mann School in the Bronx. In South Orange, she served as Chairman of the Community Relations Committee, and oversaw the initiation of many current traditions, such as the “Gaslight” newsletter. After classroom teaching, Lois fulfilled a lifelong dream of becoming an author. Her family memoir, Looking Back, Moving Forward: The View from Beyond Seventy, published in 2019. Lois is the proud mother of two married daughters and four wonderful grandchildren, all of whom live in Brooklyn.