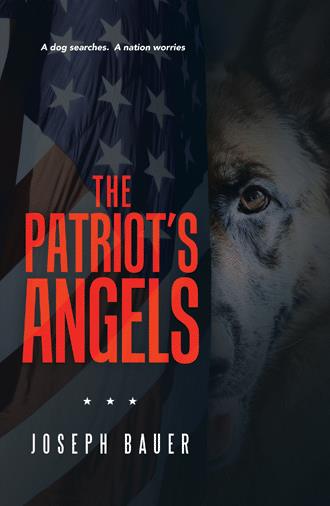 Kitt pulled the dog’s face to her own and looked into his resolute eyes. She had removed his dog tags from his collar so that he could run in stealth. “Stanley, Stanley, Stanley, Stanley,” she repeated into his ears—no other words—while gently wiping his snout with the ball of clothing. She felt the top of his back and his front legs tighten. She glanced at the watching Brew and unclipped the dog’s short leash. Augie bounded over the mogul instantly and darted at full speed toward the trailer line. Kitt climbed out and followed, keeping her body as low to the ground as she could without falling too far behind him.
The dog ignored the first three structures he reached, racing past them, his belly slung low. But at the fourth trailer, positioned at the two o’clock position from Kitt and Brew’s vantage point, he slowed, came to a brief standing halt, then circled it at moderate speed. But instead of coming to the front and sitting down, the dog looked left, then right, and ran to another trailer three places down to the left, somewhat nearer the center of the compound. Again, he circled the camper and returned to the front, standing. But just for an instant, and not sitting. Soon, he raced to the right, turning inward in the spiral of trailers, circling still another.
“What the hell is happening?” Brew asked through his earpiece. The whole team could hear.
“He’s confused. He’s smelling Stanley all over the place.”
“Well, he can’t be all over the place.”
“Well, he must’ve been before we got here.”
“Will he still find him?”
“Oh, I think so. He won’t give up. He’s detecting differences, so he’s not stopping till he’s sure. But they’ll find him first, I’m afraid.”
For the next two minutes, Augie raced between and around a dozen campers. A few were partially blocked from Brew and Tug’s view. Kitt scrambled, slipping in the patchy snow, keeping the dog in her sight.
It was bound to happen. As he flew across the cluster, Augie’s whipping tail slapped an empty garbage drum. One of the Band brothers peered out to see what the noise was and saw the canine disappearing around his trailer. He was on his walkie-talkie immediately to Buddy Binton. All the Band heard his squawk.
“Got a dog running through us, Buddy,” he said.
“What kind of dog?”
“A big ass dog. German Shepherd, I think.”
Binton froze. Could it be the big man’s dog from Pittsburgh? “Shoot it,” he said. “And everybody get your arms!” Then, “Who’s got the old man?”
“Me.”
“Who the fuck is ‘me’,” Binton snarled. Does he think I have caller I.D. on this thing? the worried leader thought.
“It’s Vinnie,” came the voice over the walkie-talkie. It was Vincent Fearing. Even in his agitated state, Binton felt re-assured. Fearing was probably the most athletic brother in the Band, and the only one with military experience.
“Do not let Bigelow out of your trailer, Vinnie. No matter what. They may be coming to get him. That could be his dog.”
“Well, he’s a dead dog if he comes to my trailer,” Fearing said.
Stanley heard it all. His heart pounded. Suddenly his feet and fingers felt cold; his blood was rushing to his gut, to his brain. He heard shots fired rapidly in succession from across the cluster of trailers. My God, they’re trying to kill Augie, he thought. Reflexively, he tried to convince himself otherwise. It could be any German Shepherd, he told himself. Be rational. How could Augie even know he was in this place?
The first shots missed Augie. Then, Smitty Burns spotted the dog racing toward the rear of his camper, positioned in the outer ring, close to the rutted driveway road, and stepped outside of it, attempting to get an angle to shoot, at about the three o’clock position in Brew and Tug’s line of sight at the top of the mogul a hundred yards away. Brew trained his rifle on the militiaman’s spine. He knew any shot from the outside would trigger a full state of readiness in the camp and expose the assault team’s presence. If he fired, he would surely have to order a full-out charge at once. He couldn’t tell whether the militant had the dog in view. But when Brew heard L.T.’s urgent call—”Augie’s running toward 30”—signifying the trailer from which the Band brother had stepped with rifle raised, he took Smitty Burns down with a two-bullet burst.
“Go. Go. Go.” 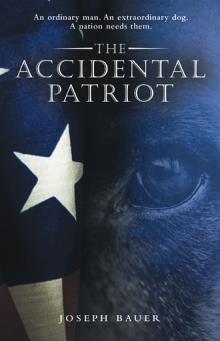 On the eve of a midterm election, unconventional terrorists use technology to commandeer military aircraft and infiltrate voting machines in a critical US Senate race in Georgia. Who is behind the attacks and how can they be stopped?
While the nation worries about the integrity of the election and the security of military aircraft communications, the first female president of the United States must deal with both crises. After turning to Stanley Bigelow, an ordinary but brilliant civilian engineer from Pittsburgh and his German shepherd, Augie, for help, a chain of events ultimately unfolds with the potential to create horrifying consequences for Stanley and his beloved canine companion.
The Patriot’s Angels is a story of love, loyalty, and bravery as an unassuming engineer and his extraordinary dog work together with military experts and law enforcement to unravel terrorist plots.

Joseph Bauer divides his time between homes in Charleston, South Carolina, and Cleveland, Ohio. He is the author of The Accidental Patriot, the first book in his thriller series, which can be read and enjoyed in any order. Bauer continues the series with this second suspense novel, The Patriot’s Angels. For more about Joseph Bauer, his writing, and updates about the next book in the series, visit www.josephbauerauthor.com.