The King of Kingman

The Story of a Man Who Changed the World 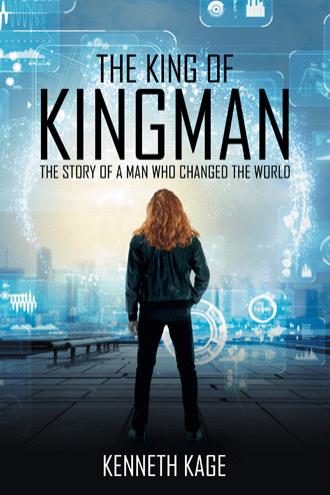 At 5:34 pm Jason glanced at his watch. And thought to himself,

“I wonder what they want? They will be there in less than a half hour. What am I going to do, if they ask me to cease my research?”

There was some kind of recital at the college and all the parking was jam-packed. Jason finally found a spot about three blocks away. He jogged toward the office and saw Sam at the front door waiting. Soon the two agents joined them. They went inside to Jason’s office.

When they were inside, Jason noticed, Agent Haws whisper ‘Hendricks’ to Agent Randolph and smile. Jason felt a bit better. He started to introduce the men.

“This is Agent Randolph. We have been sent here to secure the situation.”

“What situation is that?” Sam asked.

“Well, you see, Sheriff, Dr. Savage here has opened a can of worms."

Jason Savage is a young, nonconformist college professor in the small town of Kingman in Upstate New York, and he has made an amazing discovery. The revelation of a global universal computer could change life for every person on earth. Never before has there been a technological innovation that could impact so many people.

Not everyone is happy. Even Jason struggles with the ethical and practical concerns over the capabilities of a universal computer. He finds himself in the middle of a worldwide tug-of-war, and Kingman is the unlikely site of this tension.

Due to his specialization, Jason is teamed with the local sheriff working to solve a murder and deal with the escaped killers. A trial begins, and Jason finds himself front and center. He works to convince the judge, jury, and all concerned of the validity of his reports. Publicity grows over Jason’s claims, and many individuals, corporations, and governments attempt to force their involvement. Jason now strives to handle the pressure of a life-altering discovery in a world fueled by fear and greed.

After retiring from nearly forty years in the financial services industry, Kenneth Kage has returned to one of his loves, writing. He has written and published poetry and prose for five decades. The King of Kingman is his first novel.