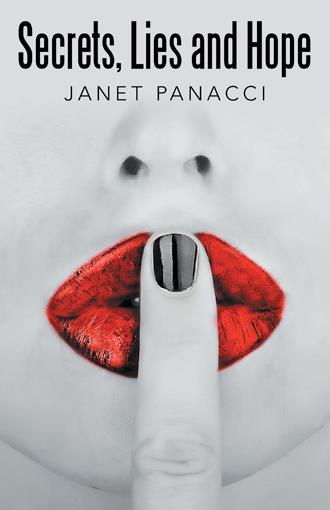 It has been said that the visual analogy of a family is a hand; just as with fingers, each family member is uniquely different in size, shape, strength and purpose. At the base, there is one guiding, connecting and uniting force that holds stability for each member both collectively and individually.

Although it wasn’t always obvious to her family, Ellen was that strong, guiding force. How ironic that now, at the same time she is physically at her weakest, her strength is so visible. The measure of that strength will be shown through those she had been a subtle role model to and, in them, she will see both her strengths and her greatest vulnerabilities.

The diagnosis had come as a shock and the prognosis was insult to injury. How could someone so strong and so pure be touched by something this ugly. For the past 18 months, those who loved her most had wished this cancer away, they prayed to God, they pleaded with God, they bargained with him and finally they cursed him. Reality was now inescapable. They watched as this invisible disease took her from them a little more each day and, with the emotion of robots, they collectively held their breath as each chose which day of the week they would spend caring for her.

Without allowing the thought of life without her to enter their consciousness, they each knew that a world without her would be unalterably changed. She was the keeper of their dreams, their hopes and most importantly…..their secrets.

Despite the doctor and his children trying to cushion the horror of the end with soft flowery adjectives, Joseph knew what hospice meant and during these final weeks he had been tested. In so many ways Ellen had already left him. Throughout the past 18 months Joseph experienced an extreme of every emotion. First came shock which gave way to anger and then helplessness.

The only chance he had to nurture was during the first two weeks after the diagnosis. Ellen became passive and needy….almost childlike. She would awaken in the morning just as she had fallen to a restless sleep the night before…..crying and clinging to Joseph. There was no discussion, there were no words of comfort spoken, there were no expressions of fear nor proclamations of love. Joseph would stroke her damp tear soaked hair away from her forehead, cup her face in his hands, kiss her tenderly, get out of bed and make her coffee. He guided her through their day until, all too soon, night came again silently but assuredly stealing another precious day.

One morning Joseph wakened to an empty bed and the sound of the shower running. For one very brief, very cruel moment, he felt as if he had awakened from his nightmare; back into the routine he had come to take for granted. Ellen came into the room looking fresh and as beautiful as he had ever seen her. “The kids are coming by tonight Joe” she said softly. “They need to be told”. This terrible secret was no longer theirs to keep; it was time to go against everything they had ever done as parents….it was time to burden their children.

The Boreli family is picture perfect with a strong patriarch, beautiful matriarch, and three kids who are reflections of the seeming flawlessness of their parents. Despite this perceived perfection, Joseph and his wife Ellen—along with their children Victoria, Joey, and Lucy—are about to fall apart.

Ellen has always been the strong, guiding force in the Boreli household. She has also been the keeper of its hopes, dreams, and most importantly, secrets. When she is diagnosed with cancer, she must face the inevitability of death and reflect on the family she has created based on lies.

Janet Panacci is a mother of six and has worn many hats during her journey through life. She has gained perspective, changed perspective, and unexpectedly needed to create perspective along the way. Through humor and emotional insight, Janet shows that the traits needed to get through life and stay sane are not always mutually inclusive. This is her first novel.