Devils of the Desert 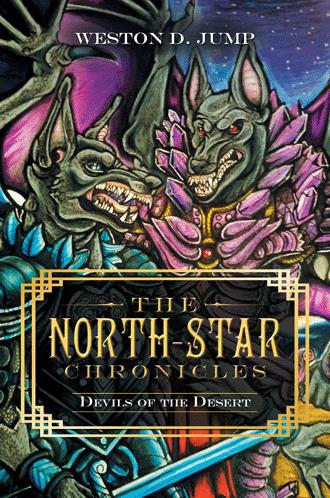 “My my, we have a new face in the Ushuga Desert, don’t we? Great find here Gogron, I have been watching this one for quite some time.”

Aerin looked at the robed Orc and yelled,

The robed Orc said whilst waving his finger,

“Ah ah aaah! Rude. If you have to know so badly, I am Euric and this is my brother Gogron. I have been spying on you for quite some time. I had heard tale of a young man who had slain the Great Ogre of Falkirk Forest.”

Euric said as he began to pace back and forth atop the temple stairs. Aerin closely watched Euric’s every move as closely as he could, trying to predict his next move.

“The reign of mankind is over. Your king, Corydon Scafidis will no longer sit atop his throne. I will usher in a new era that allows my people to prosper even outside the Ushuga in an Orcish Empire.”

Aerin’s eyes widened in shock and he screamed,

Aerin flexed his arms and screamed loudly, miraculously breaking his binds with his sheer strength! Aerin began attacking nearby Orc warriors left and right with his bare hands. This feat alone proved that Aerin was an incredible force to be reckoned with even when unarmed. Aerin began to charge at Euric and Gogron with two short swords that he had scavenged off dead orcs he had killed. Euric quickly said to his brother,

“Deal with him. I have to start phase one.”

Gogron nodded his head and charged at Aerin with a two-handed axe giving Euric plenty of time to escape through another portal he conjured. It was now a fierce one on one battle with no one able to strike the other. Aerin and Gogron were evenly matched as they continued back and forth. The warriors could not manage to directly hit each other. Aerin thought to himself,

“This is going nowhere! Something has got to change. I need to find some way to break his defense. Then and only then can I turn this whole thing around.”

Aerin was knocked back with a kick to the stomach from Gogron and was almost struck down. Aerin prevented Gogron’s axe from hitting him with a well-placed and supported block. Once their blades separated Aerin kicked the bloodthirsty Gogron in the stomach. He followed up with a pommel strike to his head and a spinning heel kick to stun him. Aerin began slashing huge hunks of flesh off Gogron’s body and managed to hack off his arms in an aerial attack. Aerin had dropped the orcish short swords on the ground and picked up a spear. Aerin clasped it firmly hurling it forward into Gogron’s neck which crushed his windpipe. Gogron fell to the ground slain painting the golden sands red.

Once Gogron had been killed, Aerin was the only one in the area. He began his search for his leather armor that he had with him and managed to find his claymore sword.

Aerin looked around scratching his head to the distant sand dunes and the giant temple that Euric had stood atop.

“Well I don’t have my horse anymore so it is going to be a long horrible walk to Trekuks unless I can figure something else out.”

In the medieval world of Zurin, Aerin Valtheim’s life is forever changed after he defends his village from an ogre attack.

Due to his valor, Aerin receives an invitation to join a notorious order of spell-swords known as the North Star Rangers who serve as Zurin’s protectors. They represent the brightest minds and most capable warriors on the planet.

During his journey to the crown city in the Middle Kingdom Qaezzamid, Aerin discovers a plot between a desert orc chieftain and a sorcerer to assassinate the king. In order to stop the world from plunging into chaos, Aerin must travel far, hone his strength, and make powerful allies on his very first and very urgent mission.

Weston D. Jump is an author from Murphy, North Carolina. He received his Bachelor of Arts in History from Western Carolina University. He is currently a student at Western Governors University studying Information Technology. Weston started writing when he was a senior in high school and published his first book, Element of the End in 2017. He enjoys writing historical fiction, fantasy, and horror. Whenever he is not writing he is either gaming or spending time in the great outdoors.